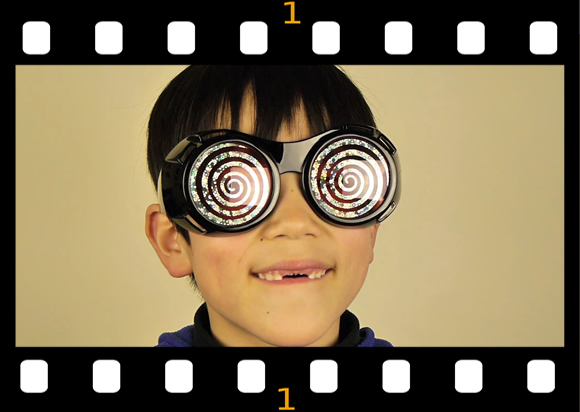 My kids are mad.

My students are mad.

But that shouldn’t be a surprise, really, because all children are mad.

Let me give you a good example.

Yesterday my seven-year-old son comes home from school and my wife makes popcorn for an afternoon snack. Roy and I are sitting together at a low table on the living room floor, each with a bowl of popcorn before us. But the way we’re eating this popcorn is profoundly different.

I’m munching the pieces of white, fluffy popcorn one after the other, intent only on eating.

He’s studying the size and shape of each piece, separating the bigger pieces from the smaller pieces, eating those smaller pieces first, then taking one bigger piece in each hand and crashing them together in battle, complete with lively commentary and sound effects. The pieces break apart into bits, which he sweeps into his hand and gobbles down. Then the next battle begins.

I finish my bowl of popcorn in little more than a minute.

It takes him ten because he’s not only eating, he’s playing.

Children are mad—in the most wonderful way possible—because they’re constantly pursuing play. This is how they engage with the world and express the basic joy of being alive, a hard-wired force that’s so potent in childhood but seems to dim over time as children grow into adults. In fact, adults are also held to very different standards when it comes to play. For us, engaging in play beyond bounds held acceptable by our society becomes a cause for concern to others.

Just imagine me at the table there, a middle-aged man waging war with pieces of popcorn.

This, above anything else, is the madness to my method. And though I’ve always tried to take part in active play with my kids and students (at least as far as my stamina can stand), my more continual emphasis is on verbal play in order to promote language development. Generally speaking, I may not be much of a talker (I prefer writing), but I rarely shut up when I’m in the presence of children who I know would benefit from the language exposure I can provide. This might make me sound annoying (I am at times, I admit it), but because I match their madness—the way I naturally speak to children is infused with play and humor—more often than not, the interaction creates strong engagement and enjoyment.

For instance, just an hour after I watched my son playing with his popcorn, my daughter and I hopped in the car to drive to her weekly dance class. After pulling out of the garage, I noticed this strange green glove on the side of the street. 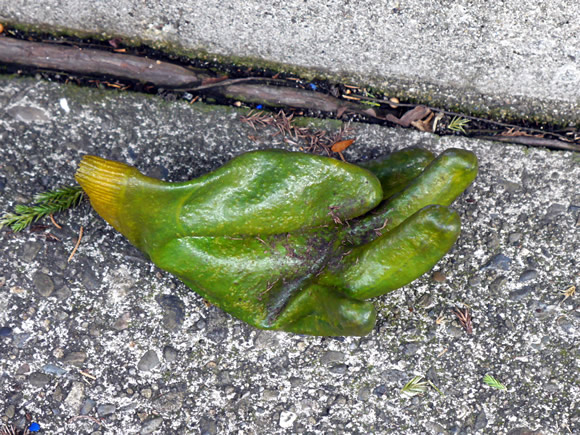 “Oh, my god!” I cried to Lulu. “It’s an alien’s hand! What happened? How did he lose his hand? Maybe he’s hiding in the garage! Maybe he needs our help!”

Of course, I insisted it was an alien’s hand but she didn’t take the bait. If Roy had been in the backseat, he probably would have improvised with me and extended the fanciful idea of an injured alien hiding in our garage. Still, even if Lulu is less inclined to engage with me in this way, the fact that I brought up aliens at all was an opening: I could then switch from imaginary talk to real-world conversation on the same theme.

So I asked: “What do you think about aliens? Do you think aliens are real?” And this produced an alternate path for engaging with her in the minority language.

This is why I’m never really at a loss for words: conversation about our day-to-day lives may be limited, but there are no boundaries at all to imaginary talk, to silly statements and absurd questions. And it’s this verbal play, in particular, which children often respond to most strongly, because it strikes that playful chord within them. As I stress in Thought Experiment: What Will Your Children Remember Most About You?, the way you play—your playful spirit—will likely be your children’s most glowing memory of you as their parent. And I suggest that the more playful you are with your kids, in both action and speech, the more engagement you’ll create in times of language exposure and the more effective you’ll be at advancing the minority language and maximizing your children’s bilingual ability.

To demonstrate what I mean, more concretely, I sat my son down for an interview. The silly glasses were used, first of all, to conceal his identity (a law my wife laid down long ago for this blog), but also to underline the playful nature of our chat. Because my tendency toward verbal play is woven throughout our daily interactions—it’s not a continuous assault of absurd questions, as in this interview—I’m afraid this example is very artificial and that Roy was more reserved than usual as he spoke to the camera. Still, the edited result is fun and hopefully helps illustrate my point about matching the child’s madness for play. (It’s my first-ever video of my kids at this blog, so if you enjoy it, let me know in a comment below and I’ll make more!)

Don’t miss the silly interviews of Lulu and me! Just click on the images below to visit those posts! 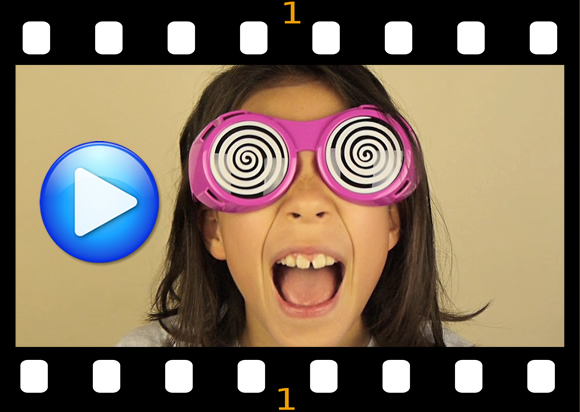 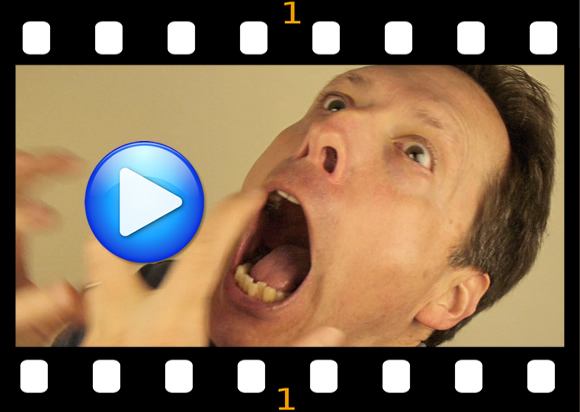 How about you? Are you engaging your children in verbal play in the minority language? Could you do more?