What You Don’t Know About François Grosjean 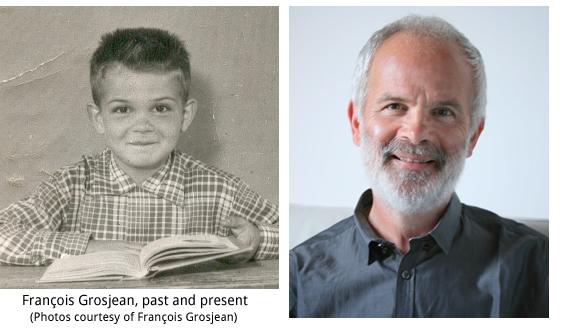 The other day I received a message from François Grosjean.

Most people, I think, know only the professional side of Dr. Grosjean: eminent psycholinguist and international authority on bilingualism; author of masterful books and articles in this field; blogger of Life as a Bilingual at the Psychology Today website; and professor emeritus at the University of Neuchâtel in Switzerland.

What most people don’t know is François Grosjean’s remarkable personal story, including the fact that this man, who has accomplished so much in his career and impacted so many lives with his work, almost wasn’t born at all.

Earlier this year I reviewed Dr. Grosjean’s book Bilingual: Life and Reality at this blog, and since that time we have maintained a friendly rapport, sharing the highlights of our work. While the majority of articles Dr. Grosjean has offered involve bilingualism, he has also pointed me to other pieces which relate his personal story as the child of a British mother and French father.

And when I received his latest message the other day, which shared a new article he had written about his past, I found this further twist in his story so compelling, with such a powerful message for this audience, that I asked his permission to retell it here.

During World War II, François Grosjean’s father was a decorated Free French Air Force fighter pilot. He was also a double agent, codenamed FIDO, working for the British against Nazi Germany. It was at this time that his father met his mother. Dr. Grosjean believes, however, from a short memoir that his mother left behind after her death, that she was an agent for the British intelligence, too. She was asked to perform surveillance on his father—apparently, to keep an eye on his allegiance to the Allies—either before or after the beginning of their relationship.

Dr. Grosjean has been unable to learn further details from the British government because his attempts to gain access to the full truth of his parents’ union have been met with resistance. Even 70 years after these events took place, the British government continues to stonewall his appeals to see his father’s security file. Dr. Grosjean wonders if this reluctance stems from the government not wishing to admit that young British women were sometimes used for surveillance duties involving agents during World War II and that there were long-lasting consequences to this covert activity.

Dr. Grosjean’s father and mother were together for just a few brief years before they separated. During this time his sister was born, and then François himself, in 1946.

It seems, however, that his mother, during this second pregnancy, felt torn about keeping the child. When Dr. Grosjean read his mother’s account of her early life in England and France, he came across these words: “One day (my husband) brought home to dinner an American soldier, Jimmy Davis, a musician. He had just finished writing a song called ‘Lover Man’ which became a big success. He persuaded me that it was wrong to abort. With his help, I decided to keep the baby.”

Dr. Grosjean, who was 64 when he learned this, then recalled an incident which took place years before, as a student in Paris. Arriving for dinner at his father’s home, he was introduced to a guest. “This is Jimmy Davis,” his father said. “He’s a jazz musician and you owe him a lot.”

Back then, Dr. Grosjean didn’t fully grasp what his father meant, but now, 45 years later, with his mother’s memoir in his hands, the truth hit him full force: “Basically, he had saved my life by convincing my mother to keep the baby she was expecting. I owed my life to someone I knew nothing about and whom I could hardly remember.” 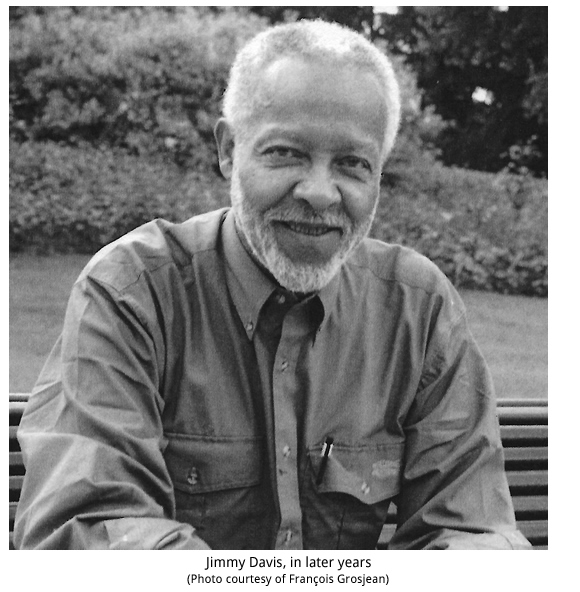 Ripples through time and space

To me, François Grosjean’s personal story is the story of all our lives. Of course, our own history may not be marked by such obvious drama, but it nevertheless remains the story of a near-miraculous chain of events within our family tree which enabled our entrance into this world and a life that invariably impacts the lives of others, near and far, now and for years to come.

I hadn’t heard of Jimmy Davis until just the other day, but his actions nearly 70 years ago—a conversation that took place one evening with a young mother expecting her second child—consequently preserved François Grosjean’s life and made it possible for that newborn to grow and ultimately pursue work in the field of bilingualism that has become a source of support and inspiration to so many, including me. In this way, through a single action that has continued to ripple through time and space, Jimmy Davis has touched my own life and work, too.

We aren’t normally so mindful of the great gratitude we should feel for our lives, for the simple fact that we were blessed to be born at all, nor of the impact we have—and can potentially have—on the lives of others during our journey here. As Dr. Grosjean’s past makes clear, even seemingly small actions may have far-reaching effects beyond what we could ever foresee. By keeping more conscious of this fact, we can take better advantage of the limited time we’re given—and this includes our daily efforts as parents of bilingual children.

The deeper truth is, the actions you take today to nurture your children’s language development not only impact their growing bilingual ability here in the present, they also have a rippling influence on the farther future: these actions will eventually touch their children and even their descendents. What’s more, as your children and those that follow make use of their bilingual ability out in the world, this will continue to expand that rippling effect and impact the lives of many others as well.

Of course, the farther future can never really be known, and needn’t be our focus, yet our longer-range influence remains true and is worth remembering today. Jimmy Davis could never have guessed what lay on the horizon for the young François Grosjean he helped save some 70 years ago, but his actions that day set in motion a whole wonderful web of impact in the world that has stretched all the way to this minute that you and I now share.

And we, too, hold that power, each day of our lives. We, too, can impact tomorrow—even a tomorrow long beyond our time—through the actions we take today.

For more on the story of François Grosjean and Jimmy Davis, see Dr. Grosjean’s article at The Guardian website…
The American jazz musician who saved my life

To learn more about Dr. Grosjean and his work, visit his personal website…
http://francoisgrosjean.ch/index.html

How about you? What are your thoughts after reading this article about François Grosjean?

PrevPreviousInterview with a Father Raising a Bilingual Child with Autism, Part 2
NextThe 12 Days of Christmas for Raising Bilingual KidsNext