Watch Out for the Tough “Second Stage” of Bilingual Development 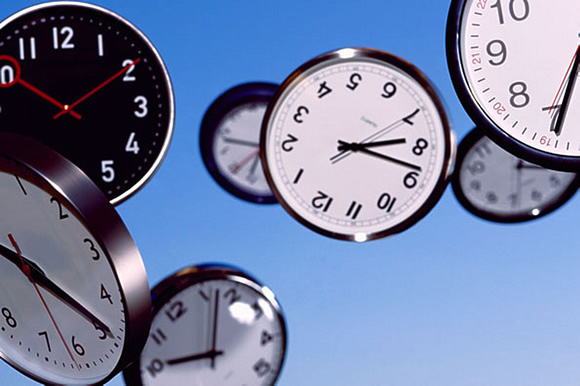 This week was the start of the new school year in Japan. (The Japanese school year runs from April to March.) Lulu is now in fourth grade and Roy is in second grade at our local elementary school.

In Japan, as children advance to higher grade levels, they spend longer days in school, and come home with heavier loads of homework. For example, in third grade, Lulu arrived home at 3:30 p.m. on Mondays and 2 p.m. on Thursdays, while the other days she trudged in at 4:30 p.m. (We live about 20 minutes from the school on foot.)

I’ve written before about the great “exposure gap” between a bilingual child’s two languages once schooling begins in the majority language. In Do Your Children Go to School in the Majority Language?, I related the story of how I visited Lulu’s third grade classroom (with a hole in my sock) and was hit hard by the reality of her exposure to Japanese—at the expense of English, our minority language. The fact is, despite my ongoing efforts, this “exposure gap” has been wide, and growing wider, ever since she entered first grade.

And starting this week, it grew wider still. (Sigh.)

My second post about schooling in the majority language, Help! My Bilingual Children Are Losing Their Ability in the Minority Language!, describes this challenge in even greater detail. And in that post, I make an important distinction between the “first stage” and the “second stage” of bilingual development.

The “first stage,” which spans the first few years of a child’s life, involves making proactive efforts to establish a firm foundation in the minority language and “condition” the child to communicate with you in that language once she begins to speak. If the two “core conditions” of language acquisition are in sufficient supply—the child receives enough exposure to the target language and has an organic need to use the language to communicate—then active ability should follow.

On the other hand, if these “core conditions” are not adequately met, the majority language tends to grow dominant and passive ability in the minority language is the more likely result.

The most common concern I hear from parents is exactly this outcome from the “first stage” of bilingual development: the child understands the minority language when addressed, but responds mainly in the majority language.

(For ideas on “activating” passive language ability, see What to Do When Your Bilingual Child Won’t Speak Your Language.)

The second most common concern I hear involves the “second stage,” where the scenario is typically this: the “first stage” happily produces active communication in the minority language, and all seems well for a while…but once formal schooling begins, use of the minority tongue fades and is largely replaced by the majority language.

(If this describes your situation, I encourage you to look closely at that detailed post, Help! My Bilingual Children Are Losing Their Ability in the Minority Language!, where I offer a number of practical suggestions for addressing this difficulty.)

My primary aim for this article is to provide a warning for parents who will one day face this “second stage” of schooling in the majority language. (My warning for the “first stage” is made in Warning to New Parents Who Dream of Raising a Bilingual Child.)

The fact is, unless your circumstances lend firm support to the minority language—such as the use of this language at home by both parents or enrollment in a dual language school—you are bound to encounter a new set of challenges in maintaining and advancing your child’s language ability once schooling begins.

And in my experience, parents tend to underestimate the impact of this “second stage” and the great gap in language exposure it brings. (I did as well!) Especially after success is experienced in the “first stage,” unexpected difficulties at this time can come as a blunt shock.

The “first stage” of bilingual development is indeed a crucial and challenging time for families seeking to nurture both languages simultaneously from birth. Still, this “second stage,” which involves sustaining the child’s active language ability, is no less challenging in its own way and must not be overlooked.

One basic principle of raising a bilingual child is this: To effectively address your current circumstances, you must be clear-eyed about the challenges. In my case, I’m afraid the longer schools days, and heavier loads of homework, have made my task even tougher. (My goal is high, and I seek to nurture an advanced level of reading and writing skill, too, comparable to an educated native speaker. This is tricky when there’s so little time for English!)

Still, I’ll continue doing what I can, each day, to maintain our routines (reading aloud, homework in the minority language, captive reading, etc.) while pondering new approaches, too, to strengthen their minority side.

Lulu is 9 years old, and will be 10 in June. Assuming she skips off to college at the age of 18, I’m now roughly halfway through my bilingual journey. I wish I could tell you that it gets easier as time passes, and I can spend more and more time taking naps, but with my kids attending school in the majority language, it remains tough—just tough in different ways.

P.S. We had a two-week spring break between the old and new school year, and I got my kids to do homework in the minority language every day, right after breakfast. Want to know my secret? Just see How to Get Your Kids to Do Exactly What You Want.

How about you? What challenges have you experienced in this “second stage” of bilingual development? How have you addressed them?