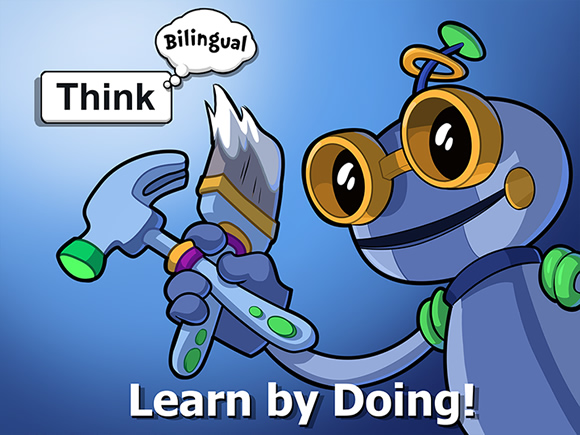 About a year and a half ago, our bilingual journey became a trilingual journey when my kids began learning Spanish alongside Japanese and English. While their level in Spanish is still quite low compared to their native fluency in Japanese and English, they’ve made steady progress with the help of twice-monthly lessons from a friendly woman in Hiroshima who’s originally from Spain and small, daily doses of exposure to Spanish from workbooks and apps.

Although I suppose some exposure could also come from me directly, the fact that I can’t speak Spanish—and haven’t yet made a solid commitment to studying the language myself—means that, at least for now, I must rely on other sources of input to nurture their development in this third language.

Toward that end, we finally got an iPad last year, and along with apps that can stretch their English, I’ve tried several apps to help promote their Spanish. Today I’d like to share one unique app that we’ve used—and Spanish isn’t the only language it supports. The app also includes versions for learning French and English and will eventually have Chinese, Japanese, and Portuguese versions, too. 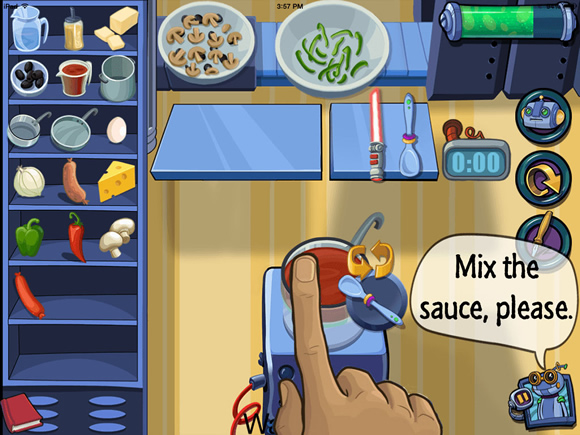 Immersion experience in an app

For the past six months or so, my kids and I have been involved in testing an exciting new app called “Think Bilingual.” This app is the brainchild of Chris Loux, an American who taught English abroad in Mexico and Japan—while learning both Spanish and Japanese—then worked in technology for many years at Amazon Japan and Google. Chris told me that, through his teaching experiences, he became particularly interested in “direct methods of learning that help the student think in the target language.”

“When I was working at Google,” he explained, “I dreamed of contributing to a new way of teaching people, especially young people, how to have fun learning a new language. This is why I started the ‘Think Bilingual’ project three years ago. I thought the apps available were too focused on translation, and I wanted to build an app that immersed the user. I remembered all my own experiences having to think fast and react to new situations in Japan and Mexico, and I wanted to build an app that simulated those experiences.”

As my children and I tested several iterations of the Spanish version of this app (and I tried the English version with some of my students), we came to feel that Chris and his team at Interact and Immerse have realized that long-held dream: “Think Bilingual” is a creative and technical triumph that provides an immersion experience of language learning through a playful, game-like design.

The app, which currently can be played in Spanish, French, or English, enables users to learn and use new language by entering an engaging world of immersive tasks. These fun and effective tasks consist of carrying out actions in the target language that involve such topics as people, animals, the home, food, and cooking. While the app, which now has 53 levels of play for basic and intermediate learners, is probably best suited for children from around the ages of 8 to 16, even adults can find it a useful and enjoyable learning tool.

“Think Bilingual” is already available to the public, and includes all three language versions, but Chris and his team are diligently continuing to develop it and plan to add new languages, including Chinese, Japanese, and Portuguese. There is also a classroom version of the app for use with groups of students.

“Being able to do this app has been a dream for me,” Chris said. “I loved working in technology, but education has always been my true passion. ‘Think Bilingual’ allows me to apply what I learned about technology to try to advance education. My hope for the app is simply that kids around the world use it and that it helps develop a more bilingual world in the future.” 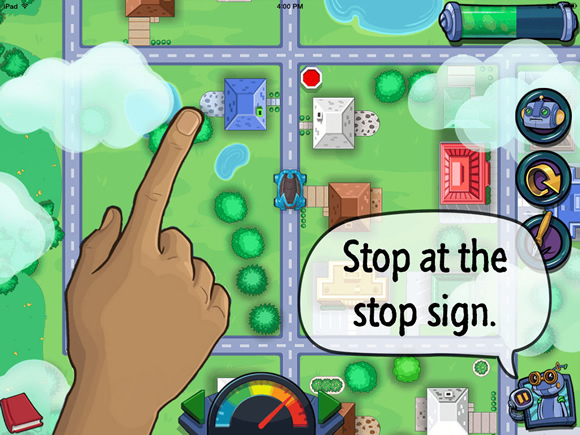 Getting your copy of “Think Bilingual”

So how much does this winning app cost? Well, the truth is, I would be happy to recommend it even if it were on the expensive side; it’s an innovative idea that has been executed very successfully, and continues to grow in functionality.

But here’s the thing, and it makes me an even bigger fan of Chris and his work: He’s giving away this app for free.

That’s right, it can be downloaded freely as a gift from Chris, to fulfill his vision of supporting the evolution of a bilingual world.

While Chris asks for nothing in return, I personally encourage you to give a little back by telling others about his good work. You can easily do this via social media by sharing the link to this post or to his website—both these links are below for quick copying and pasting. And, of course, if you like “Think Bilingual,” be sure to leave a review at the App Store.

My kids and I really enjoyed playing a small part in the development of this special app and we hope you find it helpful to your bilingual, or multilingual, journey. On behalf of families around the world, I want to thank Chris and his team for all their hard work over the past few years. Our little planet will no doubt become a more bilingual place because of you and your achievement. 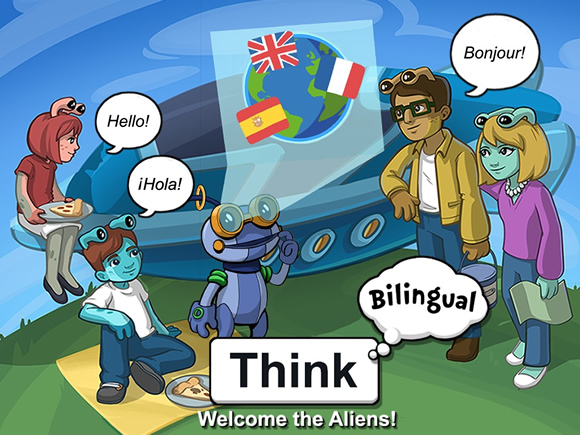 [stextbox id=”comments”]How about you? Feel free to share your thoughts or feedback with Chris in a comment below.[/stextbox]