There’s Finally Light at the End of This Tunnel 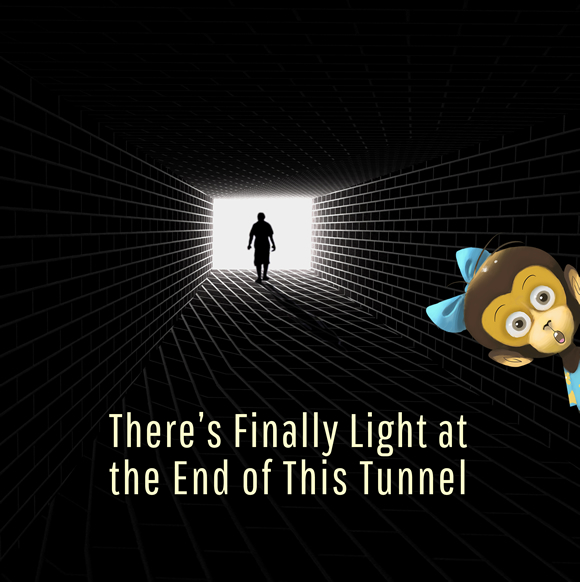 I’m referring to the book I’ve been working on for the past three years, a book that brings together the “success stories” of many different bilingual and multilingual families from many different parts of the world. Now titled Bilingual Success Stories, this week I finally finished the full manuscript and have shared it with the parents I interviewed and other early readers for their feedback. After I collect these impressions, I’ll then pursue one last round of revisions to strengthen the book further before it goes into production.

So if you’ve wondered why I’ve been quieter than usual for some time, when it comes to blogging and social media, this book has been the biggest reason!

In some ways, Bilingual Success Stories would seem to be a more straightforward book to create than my first book, Maximize Your Child’s Bilingual Ability. I mean, for Bilingual Success Stories I “just” had to write up the stories of these families after interviewing the parents, right? Yet for Maximize Your Child’s Bilingual Ability, a sprawling guide to the whole bilingual journey, I basically had to create all the content from scratch.

As it turned out, though, this new book was a daunting challenge because it involved dozens of interviews, the need for transcripts from these recorded conversations, and then the actual writing process itself, in which I sought to produce an effective and engaging story for each family, consisting of 2,000 to 3,000 words, which made ample use of the many pages of transcript material.

Plodding along at all this, day by day, I wondered if I’d ever see some light at the end of this long tunnel!

In all, I ended up interviewing more than 40 parents (most as individuals, some as couples) and selected a total of 26 stories to share in the book. While I truly wish I could have included the story of every family I spoke with—every family is certainly a success story—I also had to consider the practical needs of the book, including its length.

Despite the demanding work, this book has also been a really uplifting experience for me personally. I was very fortunate to visit many of the families in person when I traveled through Europe in the fall of 2019 to conduct interviews. And though I had hoped to continue these travels in other parts of the world after that, and meet even more families in person, the outbreak of the coronavirus meant that I then pursued further interviews through Skype and Zoom instead.

Beyond the interviews, the writing process itself was also very gratifying. Perhaps that’s easier to say in hindsight, when I no longer have much more writing to do! But beyond the struggles to put these stories into words as well as I could, I found the content fascinating to work with and I felt a deep sense of satisfaction—and a special closeness to the family—when each story eventually took shape on the page.

I hope you’ll find these success stories as interesting and inspiring as I have when the finished book is finally released.

In the end, writing a book isn’t so different from raising a bilingual child, at least in one fundamental way: both require daily persistence and long-term perseverance. The same can be said, of course, for any larger aim that we may have in our lives. However, it’s true that raising a bilingual child lasts a particularly long time! I mean, a book like this may take three years to produce, but the bilingual journey is far longer when it begins at birth and stretches into the late teens. Still, like writing a book, bilingual success can only be the fruit of regular efforts, day by day, that gradually amass into the greater end we seek.

Ultimately, it all comes down to plodding forward as best we can: doing what we’re capable of doing each day, one day at a time, to maintain ongoing momentum and movement over the course of years. And when we do that, simply that, the goal will essentially, eventually “realize itself.”

[stextbox id=’comments’]How about you? In what ways is your bilingual journey a “success story”? In what ways might you strengthen the success you’re experiencing?[/stextbox]