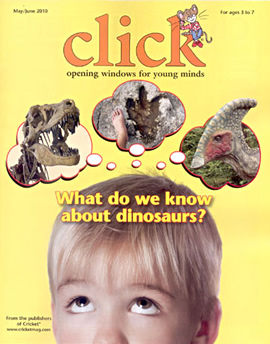 In How Many Books Do You Have in Your Home?, I looked at research which indicates that the size of a home library can have a powerful impact on a child’s language development and academic success.

Although that study didn’t take magazines into account, I suggest that a steady stream of magazines into the home—both those for children and for adults—is a valuable influence, too. In our quest to promote the minority language of our kids, magazine subscriptions in the target language are another useful resource that should not be overlooked.

In our case, we’ve had a variety of magazine subscriptions since Lulu and Roy were toddlers. Although our subscriptions to adult magazines have lapsed (now that the kids are getting a little older, I should probably look into restarting a subscription to National Geographic), we’ve always had at least two different children’s magazines arriving in our mailbox on a regular basis.

Although magazines have played a smaller role in my efforts compared to the use of books, the fact that my kids react with excitement each time they receive a new issue (addressed to them), and are eager to paw through it, demonstrates the kind of magic a magazine subscription can have.

Think of it this way: If our aim is to nudge our kids toward a positive attitude to the minority language, and greater proficiency, their experience of each issue can be another small step in that direction. And that’s exactly what the whole bilingual journey is built on, those thousands (millions?) of small steps.

Of course, a child’s response to a magazine depends a lot on the particular magazine! Does it appeal to the child’s age and interests? For some minority languages, it’s true, the options may be limited, but you’ll never really know unless you investigate.

If English is your target language, you’re in luck. There are a wide range of attractive English magazines for children, which can generally be mailed worldwide at a reasonable cost. (The additional fee for international delivery depends on the publisher, and some ask a more reasonable fee than others.) Today, many magazines offer a digital version, too.

Below are magazines that I’m familiar with, and can gladly recommend. 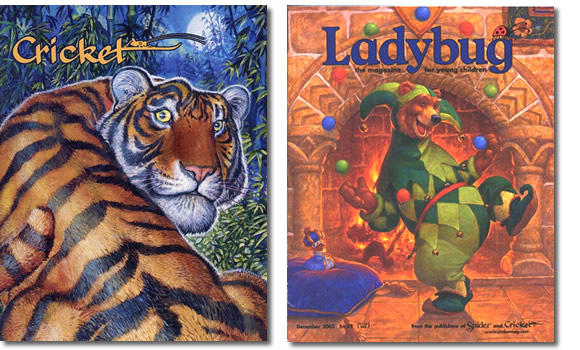 Cricket Magazine Group produces 14 award-winning magazines which seek to “inspire children to a lifelong love of reading and learning.” These are lively, high-quality publications, each with educational content (never any ads) geared for a particular age range and interest. We’ve had subscriptions to several of their magazines and I’ve been very impressed. These are among the finest magazines for children you’ll find anywhere.

Online samples of their magazines

Digital editions of their magazines

Tip: Before you place an order, do a quick web search for a current “Cricket Magazine Group coupon code.” You may find a money-saving code to enter in the “Promotion Code” field on the order form. I recently ordered a new subscription and used a code which discounted the subscription by 40%! 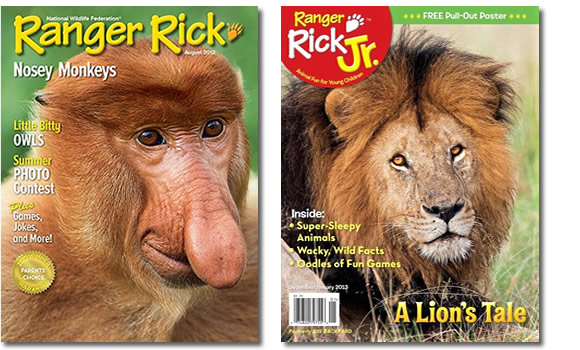 Two terrific magazines that focus on animals are “Ranger Rick” (ages 7-12) and “Ranger Rick Jr.” (ages 4-7), produced by the U.S.-based National Wildlife Federation. National Geographic also offers a pair of children’s magazines for animal-lovers, but I was disappointed by their kids’ publications, particularly all the advertising in the one for older ages. The fun and educational magazines from the National Wildlife Federation are ad-free.

How about you? Can you recommend other good children’s magazines in English or in other languages? (Please include a link, if possible.)

PrevPreviousAre You Making the Moments with Your Kids Count?
NextHow Rats in the Bathroom Can Boost a Child’s Bilingual AbilityNext