The Importance of Stories and Storytelling in Raising Bilingual Kids 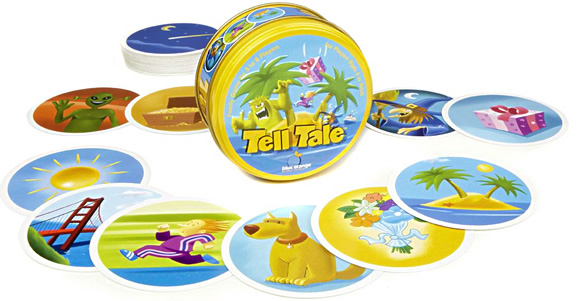 Stories and storytelling have long played a central role in my efforts as a parent and a teacher of bilingual children. Human beings have an innate interest in hearing stories, and I try to take advantage of that natural tendency by “flooding” the child’s world with narratives in the minority language. By increasing the amount of stories heard, and the forms in which those stories are told, a parent or teacher can enrich the child’s exposure to the target language—which will enrich the child’s language ability.

Stories, of course, are readily available in TV programs and movies, and this form of exposure—in modest amounts—can certainly be useful as a small part of larger efforts. In our case, TV shows and DVDs in English have been very helpful, I think, but we consciously limit the time spent in this way, particularly on weekdays.

To effectively enrich the child’s exposure to the minority language through stories, a whole range of ways can be pursued—and the more you incorporate these forms of exposure on a regular basis, the more your child’s language ability will benefit.

Stories told through conversation
Make a point of telling your children stories from your day, or from your past. Kids love to hear about memorable moments from their parents’ lives. At the same time, try spinning some fanciful “made-up memories.” These can be a lot of fun, especially when you make your children the main characters.

Stories told through reading aloud
As I continually stress on this blog, one of the most important ways of supporting the minority language is by reading aloud to your children. In fact, if you don’t read aloud regularly—and your kids don’t attend a minority language school—it will be far more difficult for them to develop active ability in that language.

Stories told through audio recordings
In addition to music in the minority language (here are some suggested CDs of children’s music in English), look for recordings of stories, too, and play these at home and in the car. If English is your target language, I highly recommend the work of Grammy-winner Bill Harley, a terrific entertainer who tells funny, kid-friendly narratives through both song and story.

Stories told through “captive reading”
Once your children begin to read in the minority language, an effective way to increase their exposure to reading material is through the idea of “captive reading”: posting stories in the bathroom or other “captive location” in the house. I have done this continuously since my children were small and I believe the impact, over time, has been substantial.

Children not only enjoy having stories told to them, in these various ways, they also enjoy telling stories themselves. And, of course, in telling stories, they have the opportunity to stretch their command of the language as well as their ability to shape a clear narrative.

In addition to encouraging your kids to tell stories from their own lives—and produce some “made-up memories,” too—here are some storytelling games that have worked well with my kids and students. And because these materials rely only on images, not words, they can be useful in supporting any language you like.

Tell Tale and Tell Tale Fairy Tales
Each set of 60 cards comes in a handy round tin. Colorful illustrations are found on the front and back of each card, for a total of 120 images. The basic idea involves making up a story based on a handful of images, whether working alone or as a team. More an activity than a game—as there are no winners or losers in telling a tale—these sets of cards have been a big hit with my children and my students and I recommend them highly as a valuable resource for nurturing both language ability and creative thinking.

Rory’s Story Cubes and Rory’s Story Cubes—Voyages
The concept is the same as the “Tell Tale” cards—create a narrative from various images—but in this case, the materials are dice, not cards. Each little box contains nine dice, with six images on each individual die—that’s 54 images in all, less than half the number of images available in a set of “Tell Tale” cards. Moreover, the images on the dice are simple line drawings, in black and white. For these reasons—though I recommend these products, too—I’ve had more success with the colorful “Tell Tale” cards, particularly with younger kids.

[stextbox id=”comments”]How about you? Can you suggest other good storytelling activities or games?[/stextbox]

PrevPreviousThe Most Powerful Thing of All in Nurturing Language Development
NextWin a Fun “Surprise Package” from Japan!Next