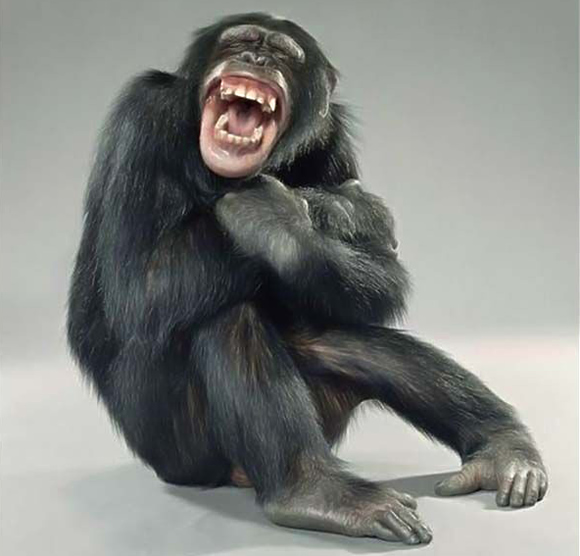 This might sound like an exaggeration, but it’s honestly not: the activity I’ll share with you today often gets my bilingual kids and students laughing like mad chipmunks. And it hits the funny bone of a wide range of ages, too, from first graders to teens. (I’ve even done this activity when I was teaching at local universities, and these college students learning English as a second language—who were normally so shy and passive—would soon be seized by fits of laughter.)

First, though, I should back up and explain that my use of this activity—I call it “Silly Stories”—can be traced back to my own childhood and the time I spent giggling over a word game known as Mad Libs.

If you’re not familiar with Mad Libs, it’s a game where one player prompts another player (or several other players) for words to complete the blanks of an unfinished story. The text is then read aloud, and the results—often crazy and comical—are met with grins and laughter.

Dozens of Mad Libs books have been issued since the first one was published in the United States in 1958, selling a total of over 110 million copies. So it’s clearly a very successful word game, and I suspect it can be adapted for any target language, adding another powerful tool to your bag of tricks.

Although I have six Mad Libs books at home, and do make use of the stories in them, I’ve actually had more success writing my own versions. (And I call them “Silly Stories” because “Mad Libs”—which is a playful twist on the expression “ad-lib”—doesn’t make clear sense to my kids and students.)

Because the unfinished stories found in Mad Libs are often geared for an older audience (teens and adults), many of them, with their more sophisticated content and language, aren’t really suitable for younger children. But since they aren’t hard to create, and the payoff in fun, effective language use is so huge, I’ve been making them ever since my days as a teacher at Hiroshima International School.

Here are three examples of my “Silly Stories”—you’re welcome to download them and use them any way you like. Actually, the original versions were crafted more specifically for my own use—mentioning the city of Hiroshima, etc.—because when you tailor the story to your audience, it can naturally have more impact. So, although these versions are somewhat “generic” for wider use, I encourage you to create “Silly Stories” that are targeted for your own kids, including the appropriate language level.

Just click to open these PDF files in a new window!

Follow these simple steps, and you and your children will soon be laughing together in the target language!

1. The first couple of times you do this activity with your kids, it’s important to prepare them for the main types of words they’ll need to supply, especially nouns, adjectives, and verbs. Many children, of course, aren’t very familiar with these terms (or the equivalent terms in your language), so explaining them clearly, and listing examples together, will make the game itself go far more smoothly.

On a sheet of paper turned sideways, make a first column and put “noun” at the top. Give them a chance to guess at the meaning, then add this definition after the word: “a person, animal, place, or thing.” Below this, start making a list of nouns: offer a few to begin, then take turns adding a good range of words until you have around 20. At this point, too, you may want to mention that “plural” means “more than one.”

Now make a second column and write “adjective” at the top. Elicit ideas for the meaning, then add this definition: “a word that describes a noun.” Proceed to make a list of adjectives together, but be sure to emphasize livelier words like “stinky” and “grouchy.” Not only do you want to kindle the playful spirit of “Silly Stories,” these lists—particularly early on—will often serve as a handy “word bank” for your kids. And if the words here are dull, then the story itself will likely be less successful.

Finally, make a third column and put “verb” at the top—a verb is an “action word.” Make a list of verbs, and again, go for livelier words like “wiggle” and “scream.” These lists are also a good opportunity to expand vocabulary, so feel free to add words that may not be so familiar to your children.

2. With this “cheat sheet” at hand, it’s time to play “Silly Stories”! Take a story—keeping the paper hidden from your kids by writing on a clipboard or book—and ask for each word needed to complete the text. (With more than one child, just take turns.)

Though they can choose words from the lists you’ve just made, tell them to use their imagination freely to furnish new words, too. The main thing is encouraging those lively choices I mentioned, and trying to avoid censoring what they offer, to the extent possible. (My only “rules” for this activity are no “bad language”; other than that, they’re completely free to give any words they like, including “poop,” “stupid,” etc.)

3. Once you’ve filled in all the blanks, read the story aloud to your kids, starting with the title. Read slowly and clearly, and prepare to pause for giggles—hearing this joyful laughter is a huge highlight of the game. (My kids often ask me to read these stories several times to milk every giggle.)

4. After that, they may want to switch roles and complete a new story by asking you for words. If they’ve already begun writing in your target language (and even if they can’t spell very well yet), this is a great way to get them practicing! And once they fill out the story, they have to read it, too!

“Silly Stories” has long been one of my very favorite activities for enjoyable, effective exposure in a second language. It’s the sort of activity that children want to do, over and over again, because it frees their imagination so fully and produces such entertaining results. Not only does this experience enrich their language development in a range of ways, the pure fun of the activity fosters deeper affection—a more positive attitude—for the language itself.

Though I’ve only attempted this activity in English, I think it would be just as successful in other languages and I urge you to try it. The language you use may be different, but I bet you’ll generate the same squeals of laughter from your kids!

Try these other fun activities, too!

How about you? If you give this activity a try, come back and let us know what happens!