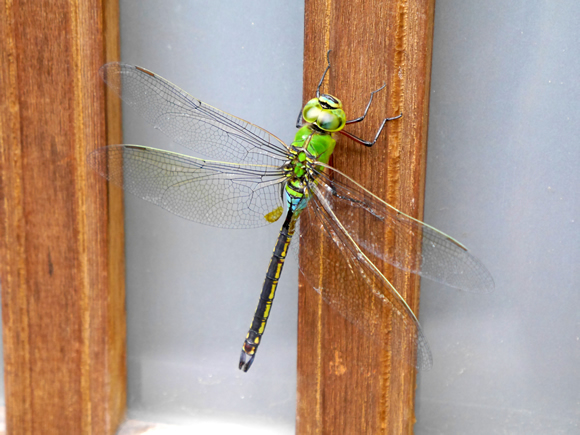 In my last post, 5 Key Ways to Fortify Your Home Environment for Bilingual Success, I revealed the happy news that we were moving to a new house—though just one kilometer from the old one—that’s far more suitable for the next phase of our life as a family. (In fact, it’s not really a “new” house—it’s over 40 years old—but it’s a spacious Japanese-style house with a large Japanese-style garden and an excellent location.)

Well, we made the move last week and are now slowly settling in. To be honest, as much as I looked forward to moving, the actual move has been rather stressful and I’m afraid it will take longer than I had imagined for life to calm down again.

Still, I wanted to share with you some first thoughts from this new vantage point, particularly in connection to something strange that occurred two days after we moved in. 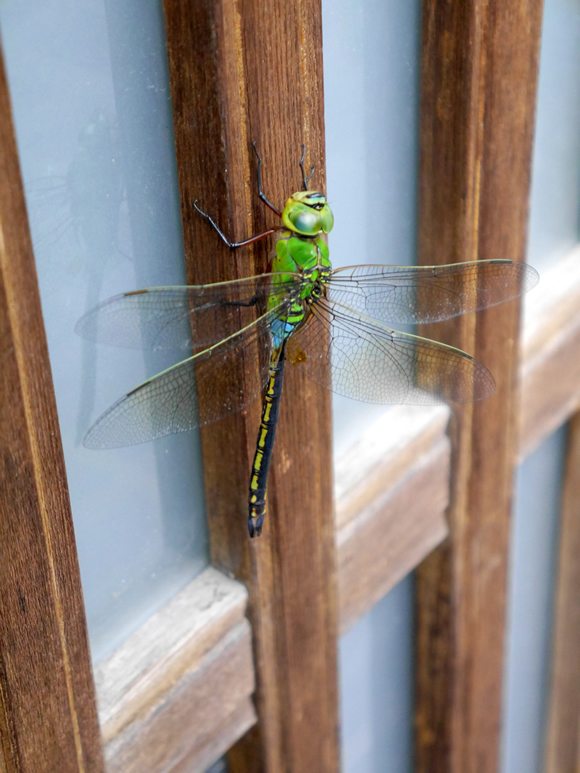 Before I tell you what happened, I should stress that I don’t really have a tendency to see “signs” or “messages” around me on a regular basis. But when something very unusual takes place, a happening that “breaks through” my ordinary vision of the world around me because the circumstances stand out in such a strange way, I do intuitively feel that the moment is a kind of “sign” or “message” at some deeper level of my life.

It’s also true that, over the past couple of years, I’ve noticed such “signs” or “messages” more frequently. I suspect this is due to the fact that I’ve experienced a number of significant events during this time, including the illness and death of both of my parents.

A remarkable example that I haven’t mentioned before…

Last year I was debating whether to make a trip back to the U.S. from Japan, to see my parents, and my logical mind had basically decided not to return. In fact, I was discussing this with a friend over lunch, explaining my decision, when afterward we were walking over a pedestrian bridge and I passed an old Japanese man with a baseball cap that had a single word printed on it: “Midwest”.

Now, for most people this won’t mean anything, but you have to understand, the “Midwest”—the Midwestern part of the U.S.—is where I grew up and where my parents were still living. And spotting that baseball cap—like a movie scene in slow-motion—I instantly, instinctively, felt that this was a “message” for me to make the trip, no matter what my logical mind was telling me. At that moment, the overwhelming synchronicity of these circumstances—of suddenly seeing an old man wearing a “Midwest” baseball cap when I was struggling over a decision to return to that very part of the U.S. (what are the odds of such a strange coincidence???)—registered with me at a deeper level and all my logical reasoning immediately fell away. At that point I simply “knew” I had to make the trip to see them.

And I did. And it turned out to be the last chance I could spend some meaningful time with them before their health completely failed. 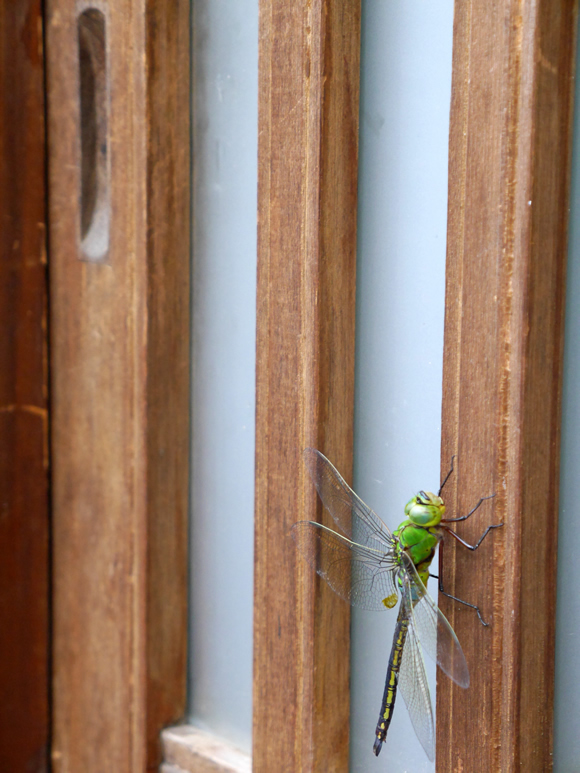 Flash forward to last week. Two days after we moved, I came home and found a beautiful dragonfly clinging to the side of our front door. I was surprised, of course, but since I had always liked dragonflies it was a welcome discovery. What happened next, though, is what made this incident so unusual.

If the dragonfly had simply flown away, as I supposed it would when I approached, and then especially when I rattled the door, this experience wouldn’t have been out of the ordinary. But the thing is, what made the encounter so strange is that nothing happened at all. The dragonfly continued to cling calmly to the door and stayed right there for the next 30 minutes.

During this time I rolled the door open, got my camera, and proceeded to take these pictures of it. And, with another gut feeling that this was a “sign” or “message” of some kind, I did a quick web search, too, and learned that the dragonfly, due to its metamorphosis from a water nymph to a marvelous creature of flight, is widely considered to be a symbol of change and transformation. In fact, because it inhabits two different worlds through its life span—the world of earth and the world of air—the dragonfly also represents the idea of bodies becoming spirits. In some cultures, like some Native American tribes, dragonflies are even thought to signify the souls of those recently departed.

With these thoughts now swirling in my mind, I returned to the dragonfly and gazed at it for another minute or two—moments that somehow felt deeply significant. Then I watched as it soon flew away and out of sight. 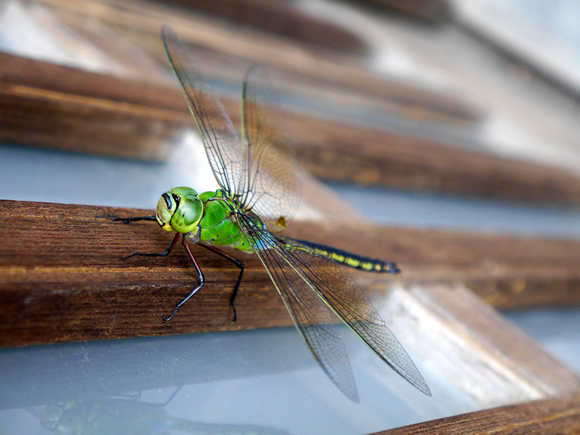 Now, honestly, I’m not sure what to make of all this—and it’s still too early for me to describe in any detail how recent events will impact the next stage of our bilingual journey, with both of my kids moving through adolescence—but I think it’s important to pause and stress this larger point:

So much of the bilingual journey parallels the journey of life itself, particularly the fact that change is the underlying current that flows throughout our experience. Our fundamental task, it seems to me, involves navigating that change, and its inevitable challenges, as best we can in order to promote favorable growth and transformation.

In other words, the more mindful and proactive we are in addressing the changes and challenges of our bilingual or multilingual adventure—day by day and year by year, and with as much of the dragonfly’s lightness and grace as we’re able—the more effective our efforts can be in generating ongoing growth and producing the positive transformations, in stage after stage, that will maximize both the success and the joy of this long, rewarding journey. 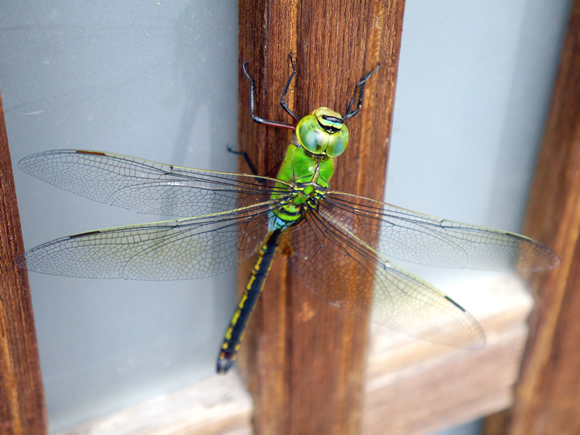 [stextbox id=”comments”]How about you? What are your thoughts or feelings after reading this article?[/stextbox]

How to Create Breakthroughs in the Language Development of Bilingual Children

A Powerful Perspective on Raising Bilingual Children: The Great “Iceberg” of Bilingualism

Can You See How Quickly Time Is Passing?

How Far Into the Future Do Your Efforts Today Matter?