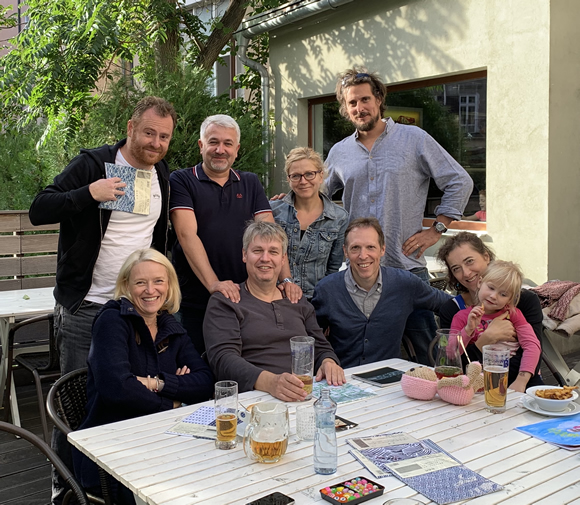 I met many people on my trip through Europe, and most of them I was meeting for the very first time. I suppose, then, that I should call them “new friends,” but in fact, they felt much more like “old friends” for these two reasons:

And so, as I traveled from place to place, it was like I was meeting “old friends” at every stop. Plus, the fact that I hadn’t even met them in person before meant that, strangely, I was being “reunited” with “old friends” for the first time! It was such a unique and thrilling experience!

Returning to the Czech Republic after 23 years

At the same time, there was a place where I had the chance to meet a number of people that I had known from my past. In other words, these were “old friends” in the usual sense of this expression.

For two years—from 1992 to 1994—I was a teacher in the Czech Republic. This was soon after that nation’s Velvet Revolution and the people there were eager to learn English. So, as part of the Peace Corps—a U.S. government program that sends various types of volunteers to countries across the world—I was assigned to teach English and Literature at the University of West Bohemia in the city of Plzen.

This was quite a while ago, so I was a fairly young teacher at the time, but I think my age helped me bond with my students. On top of this, because I also have a background in theater, I initiated a drama group and became particularly close to the roughly 10 students that took part. We not only produced some very memorable performances during my two years in Plzen, I was able to organize an international theater project that sustained, and deepened, our connection after I returned to San Francisco to complete my Master’s degree.

This project, called “Reflections,” involved two groups of university students, eight members in each: one group in San Francisco and one group in Plzen. The two groups were then paired off so that each person had a counterpart in the other country. Then, through a months-long process that involved writing letters and making reciprocal in-person visits to the U.S. and the Czech Republic, the pairs sought to learn as much as they could about their counterpart’s character and life. After that, the two groups each created an original theater piece about the other group. In other words, the performance by the American group was a reflection of the lives of the Czech group members, and the performance by the Czech group was a reflection of the lives of the American group members. 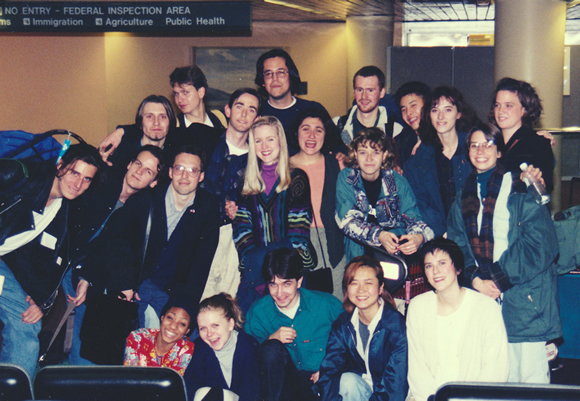 This photo was taken in early 1996 at the airport in San Francisco after the Czech group arrived in the U.S. for their in-person visit with the American group. It was the first time the members of the two groups had actually met in person. (Can you spot me in my glasses?)

To make this “Reflections” concept even more interesting, the performances themselves—around eight performances in each country—were often held simultaneously, scheduled to take place at the exact same time given the time difference between San Francisco and Plzen!

I share this with you in some detail so you can appreciate the unique nature of the relationship I developed with the members of the Czech theater group. Not only did we have great fun together during my two years as a teacher in Plzen, we were also closely involved in a very memorable project that took place over the two years that followed. (As the director of the project, I was flying back and forth, from the U.S. to the Czech Republic, to work with both groups.)

But the last time I saw them in person—until this trip to Europe—was at their final “Reflections” performance in May of 1996.

So I was not only excited about the opportunity to meet my new “old friends” across Europe, I was thrilled to finally have the chance to reunite with my old Czech friends again.

I was in the Czech Republic for four days in late September and stayed two nights each at the homes of two members of this group. Then, on a beautiful Sunday afternoon in Prague, we held a reunion at a restaurant. And while I hadn’t seen any of them in 23 years (with one exception, who once flew into Hiroshima from Hong Kong while working at the Czech consulate there), it was also true that many of them hadn’t seen each other since they graduated from the university, over two decades ago.

So it was a very special day, full of immense joy and much laughter…as well as the keen recognition of how fleeting this life is and how fast we’re all aging. (In fact, one of the Czechs died a few years ago, from illness.) 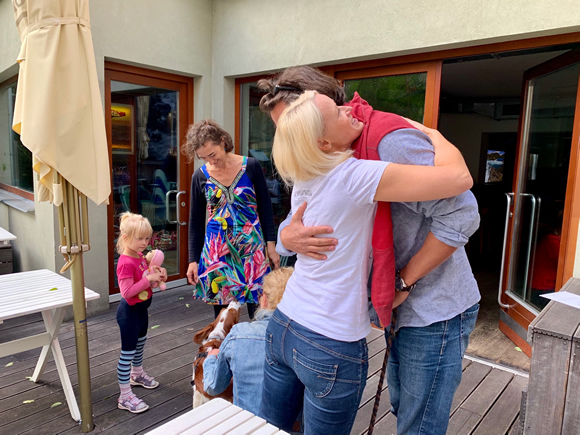 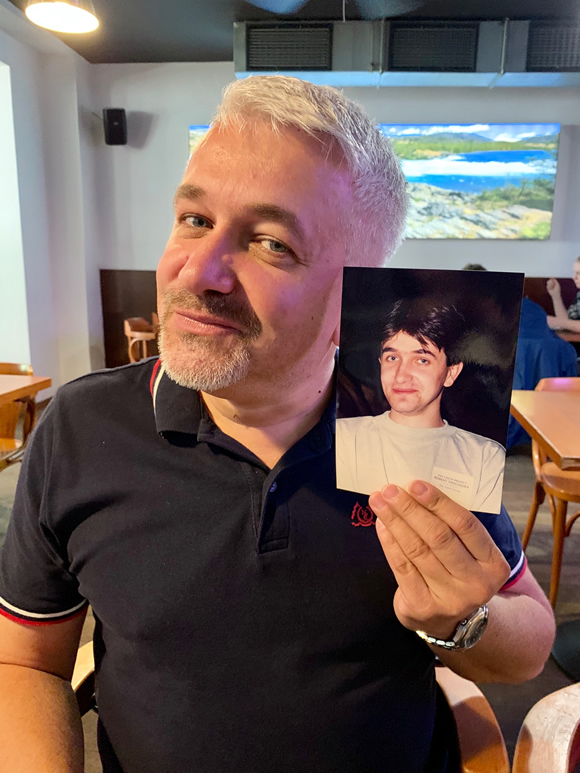 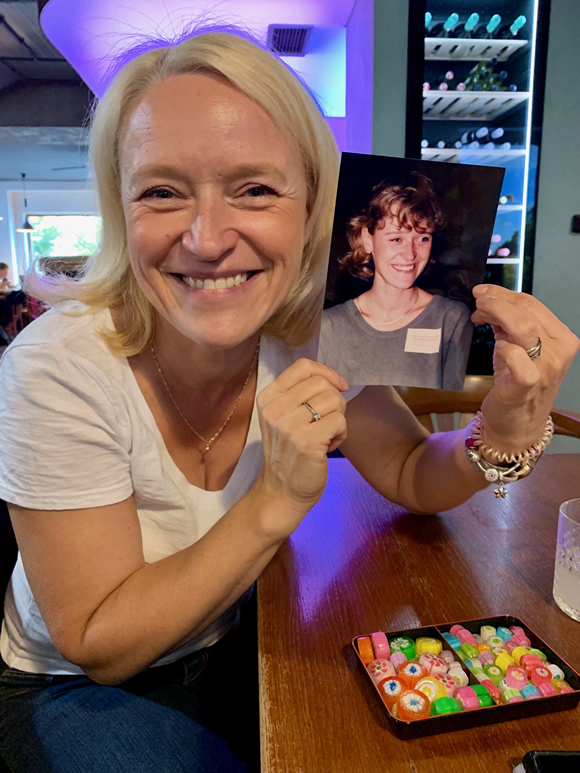 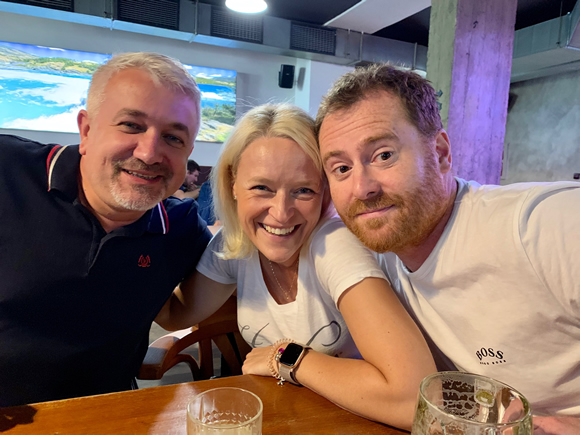 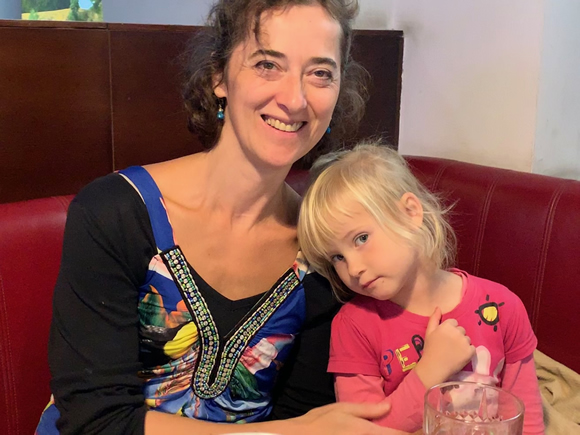 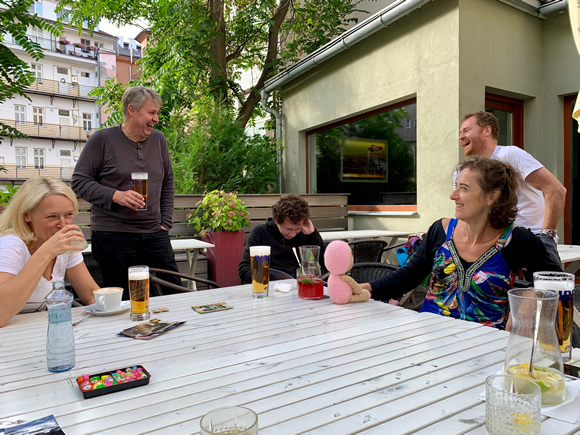 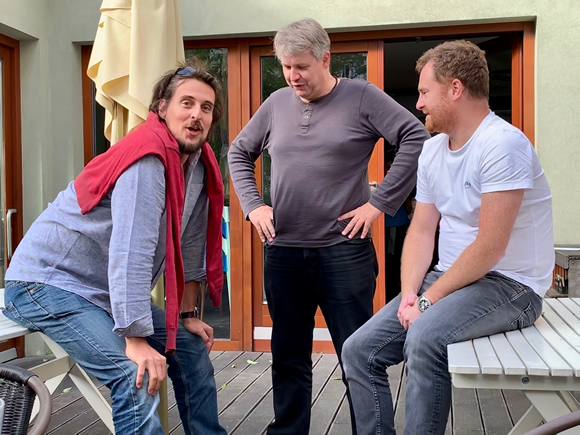 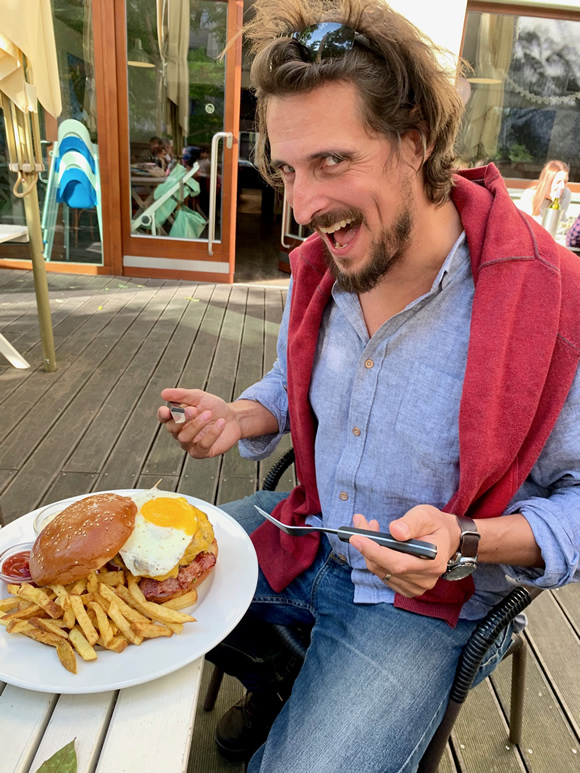 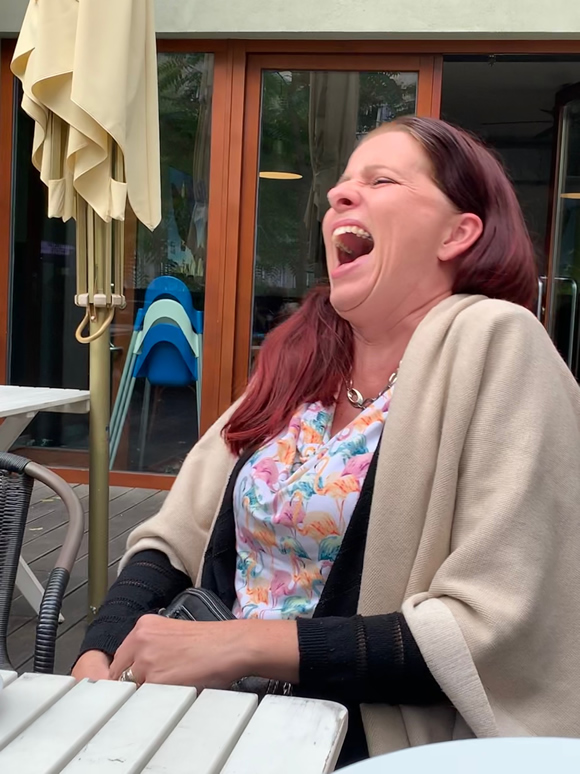 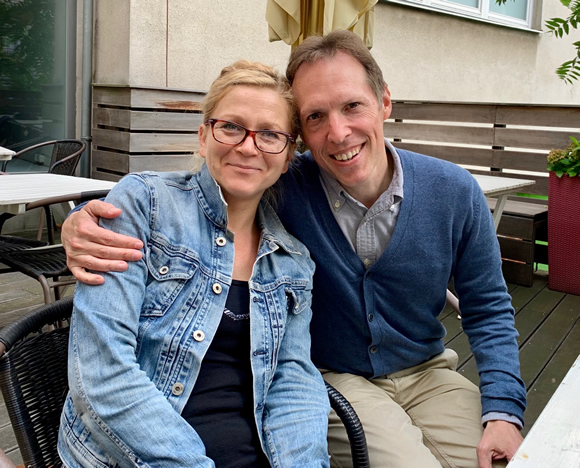 And then, too quickly, it was over.

It was hard to say goodbye, wondering if we’ll ever have the same opportunity to meet.