Play This Great Indoor Game with Your Kids (And Get Them Eagerly Reading, Too) 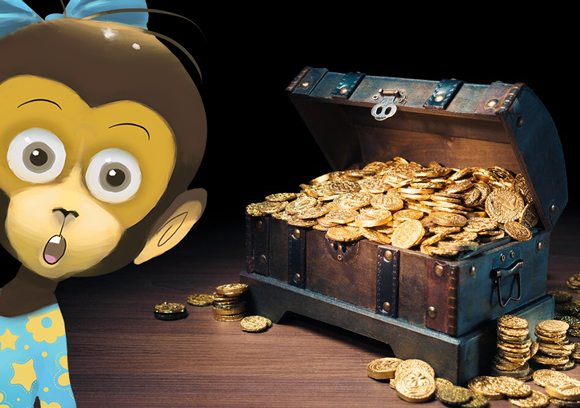 The other day at The Bilingual Zoo, one mother (thanks, Judit!) described a game she was playing with her young son in the house and how much fun it was for them both. And, at the same time, how it got him reading eagerly in their target language.

Reading about her experience, I fondly recalled the times I played this game with my own kids when they were small. And I thought: “Yeah, they’re now teenagers, but I bet they would still enjoy it, and since they’re here at home, day after day, and getting a bit bored, maybe this would liven up their afternoon.”

And so I picked up some treats from the store—the motivating rewards—and sat down to prepare the game for them, which took about 20 minutes or so. Then I got them going (with the promise of prizes) and, yes, even these sometimes-moody teens were all smiles as they raced through the house on their hunt for treasure.

Because that’s what this is: a treasure hunt game.

And here’s how to play…

Going on a treasure hunt

Of course, it works best as a language activity if your kids can read at least a little in your target language. However, even with children who aren’t reading yet, you could do the reading for them.

So here’s what you do. You write up a series of clues on slips of paper, as many as you want, at a reading level that’s suitable for your child’s ability (or comprehension level if you’ll be reading the clues yourself). The more clues you have, and the more difficult those clues are to solve, the longer the activity will take. In my case, I prepared 12 clues for our treasure hunt and as some were a bit tricky, it took them about 15 minutes to get from start to finish. Then, when your child isn’t looking, you hide the clues around the house in the correct order, leading to the location of the treasure.

For example, if your child is younger, and an early reader, the clues might be something like this…

1st clue (which you give to the child to get them started): Do you like treasure? You do? Okay, this is your first clue. Find the next clue in the kitchen, under something red.

Your child reads the clue (or you read it to her), then she hurries into the kitchen and hunts for the clue. Let’s say you have a chair with a red cushion and your child finds the second clue underneath it. 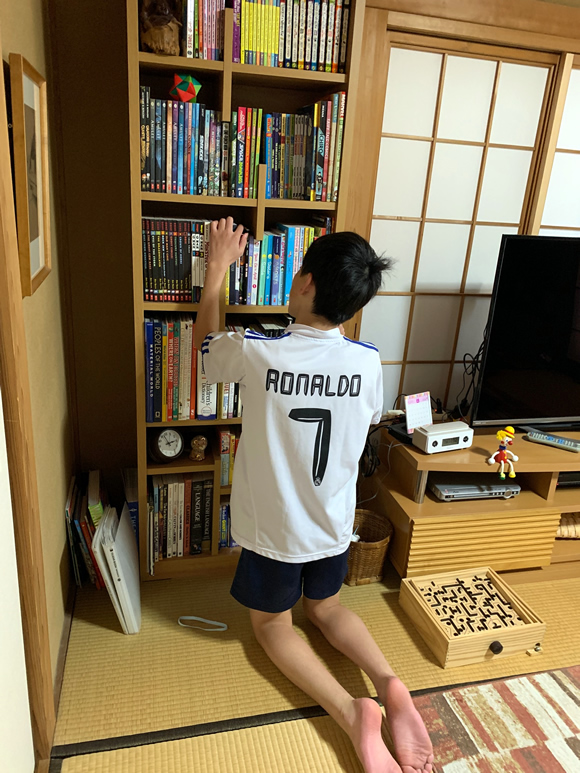 2nd clue: Good job! Now head to the living room for your next clue. Then ask Grandma where it might be hiding.

In the living room, your child eyes a framed photo of Grandma on a shelf and finds the second clue behind it. 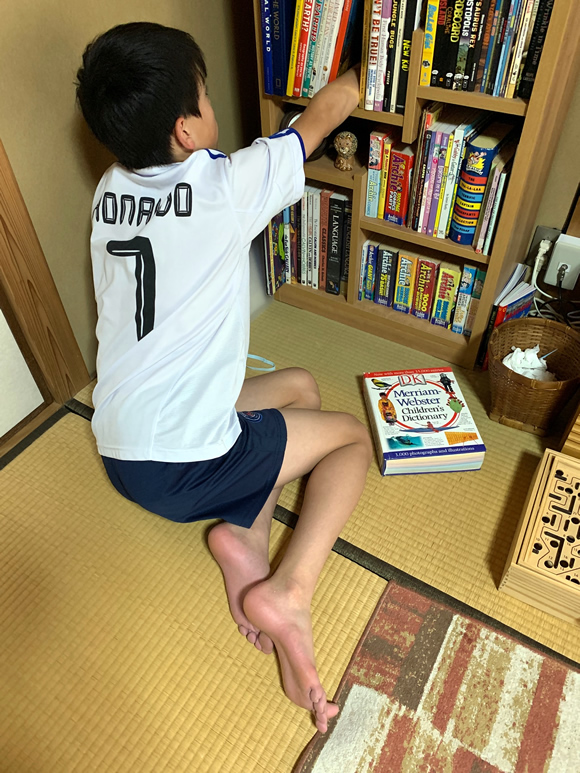 Your child dashes to a bookshelf and searches for the right book. The third clue is hidden inside it. 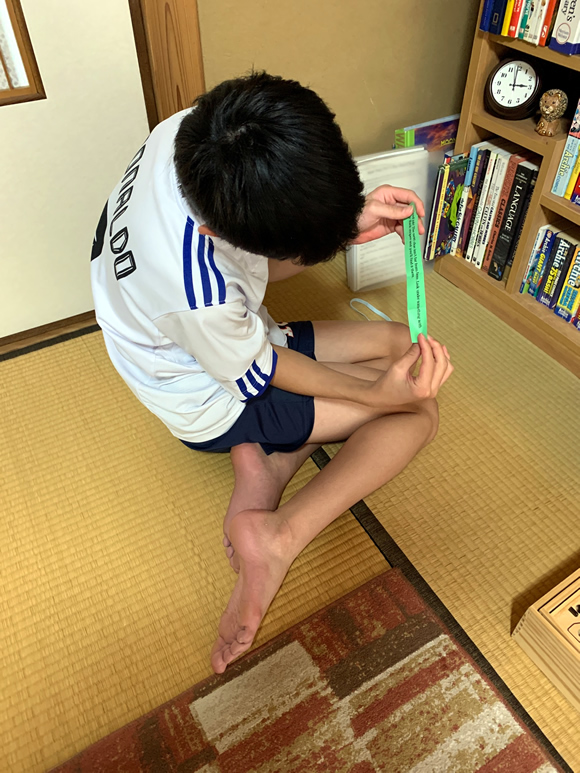 4th clue: You found the fourth clue! But watch out! The next clue is in a place that sometimes gets a little stinky.

Your child will likely head to the bathroom and she eventually finds the fourth clue taped to the back of the toilet. 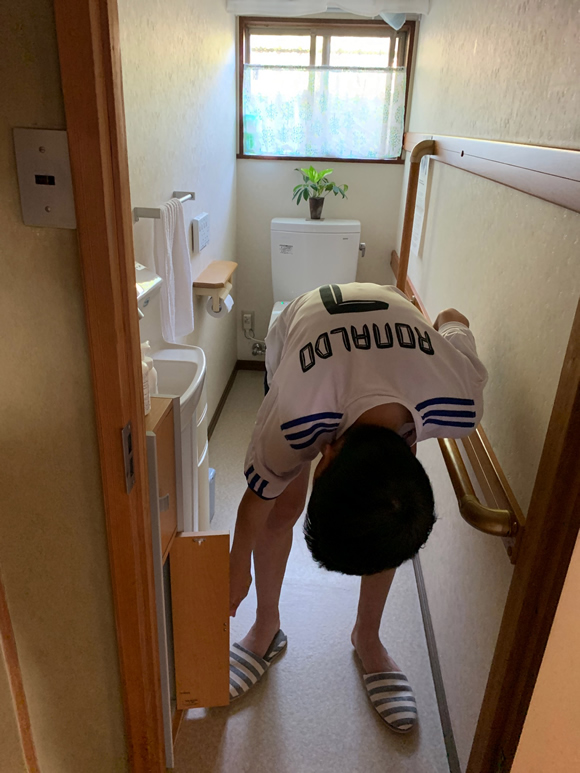 You get the idea. The clues can continue as long as you like, and if the child can’t find the next clue, just offer them some hints to keep them moving forward.

Finally, then, comes the final clue, which will guide the child to the location of the hidden treasure. Let’s say this is the tenth and last clue.

Your child ends up in her bedroom, digging through her clothes until at last, in the pocket of a pair of pants, she finds the lollipop that you secretly planted for her there. 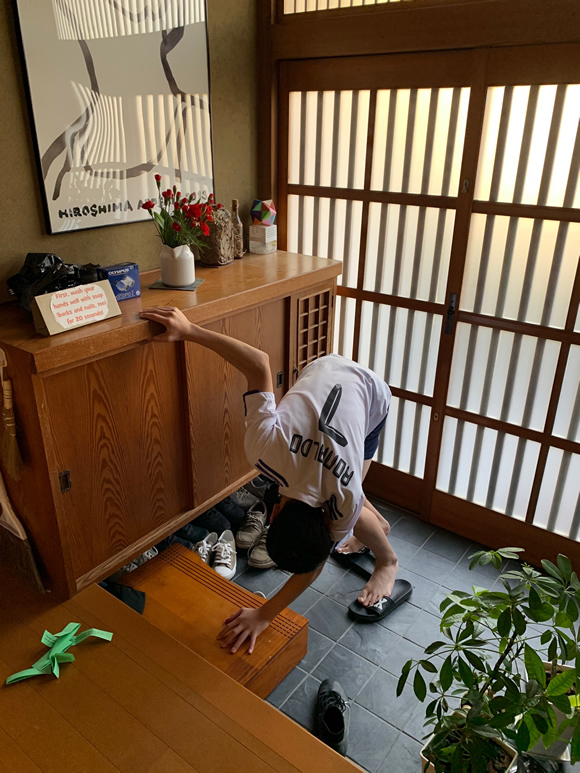 This treasure hunt game takes a bit of time to prepare, but it pays off in a lot of lively fun and some enthusiastic reading practice, too. For our treasure hunt, I simply typed out the clues on my computer—whatever popped into my head—then printed them out twice on different colored paper: blue for my daughter and green for my son. Then I cut the clues into separate strips of paper, hid them around the house, along with the treasure, and handed them each the first clue. Because the clues were the same, and hidden in the same spots, I asked them to take only their own color. And since my daughter was busy with something else, anyway, and did the treasure hunt later, my son took up the challenge first.

In fact, my son seemed to enjoy it so much that, at the end, he exclaimed: “Let’s make a treasure hunt that lasts all day!”

I’m not sure how many clues that would take (968?), but I do intend to prepare another one, a longer one, sometime soon.

Have fun with your own treasure hunt!

How about you? If you give this treasure hunt game a try, come back here and tell us how it went!

And here are more fun language games you can play with your kids!

PrevPreviousFree for Families: My Fun-Filled Novel, in the Spirit of Roald Dahl, for Children and Adults
NextLive Chat with Adam Beck of Bilingual Monkeys on May 24! (If you missed it, you can watch the video!)Next