ADAM’S NOTE: In this encouraging guest post, Marta Garcia shares the story of forming and running a very successful playgroup for minority language families for more than 10 years. In fact, I had the happy opportunity to visit Marta’s playgroup in person in September 2019, when conducting interviews for Bilingual Success Stories Around the World, and was incredibly impressed. Marta is a shining example of a proactive parent and her efforts to create community have benefited so many families beyond her own. Well done, Marta, and many thanks for this inside story of your playgroup! 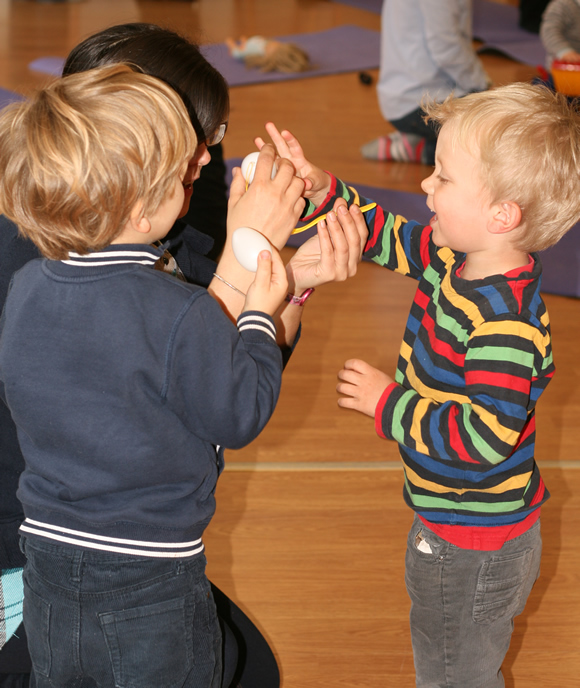 Marta Garcia is originally from Spain and lives in Germany with her German husband and three children, currently 13, 9, and 6. Her family’s full story, including further details on her experience building community in her area, is featured in the book Bilingual Success Stories Around the World.

UPDATE: The full story can now also be read at this post.

I’ve always believed that language has a very important social component and I wanted my children to feel that Spanish was a language that allowed them to communicate not only with their mother and their family in Spain, but also with other children and families around them here in Germany. So, in the summer of 2010, when my eldest was about a year and a half, I contacted some Spanish-speaking families I knew with children who were about his age and suggested we meet weekly for a playgroup in Spanish.

The very first meeting took place in my living room with a few parents and toddlers. We sang songs in Spanish and let the children play together. After we met a couple of times, I heard about two other Spanish mothers that I didn’t already know who had had the same idea of creating a Spanish playgroup for their kids and were looking for other interested families. I contacted them and invited them to join us.

This is how our playgroup “Chiquitines” was born. 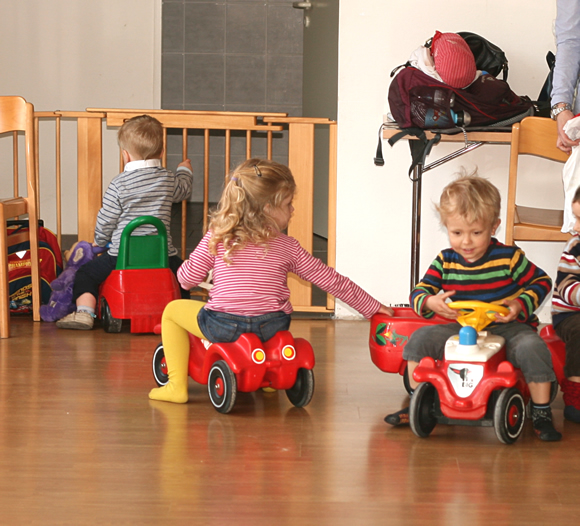 We then looked for a place to hold our regular meetings and we found a large room in the local Red Cross building that we could rent. It was perfect for our purposes. Not only was it big, it also had little chairs and tables where we could do craft activities.

The group began with five families: children between the ages of 1 and 3 who were accompanied by one parent. Each family contributed a small amount of money which covered the room rental and the craft materials. Over time, we established some regular routines: we always started by sitting together in a circle, sang a “presentation” song where each child was able to say his or her name, then sang other Spanish children’s songs. After that, there was some kind of activity, organized by one of the parents, which the kids could take part in, or they could just play with other children. We closed the session with storytelling time, where one parent read aloud a book. 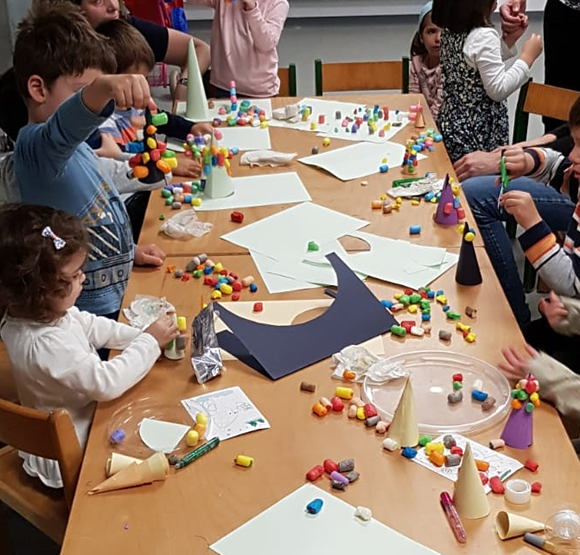 Growing bigger, with bigger kids, too

As the years passed, the children in the initial group grew bigger, younger siblings appeared, and more families joined us. Eventually, we had around 30 families with children who were a wide range of ages. In fact, it became difficult to come up with activities that were appropriate for all ages, so we decided to divide into two smaller groups that met at the same time: one group for the older kids, four and up; and another group for the little ones. The group for the younger kids functioned the same as it did before, but, for the older kids, we hired someone to run the session and do activities with them in another room. This way the parents could remain with the younger kids.

We also organized a lot of special events over the years. For example, each year we had a Christmas party where the parents staged a puppet show for the kids, each family brought a dish to share for a big buffet, and every child got a little Christmas gift. Or we had a father who could play the drums and organized a drum workshop for the kids. Or we found a Spanish-speaking woman who was a nature guide and she did some forest walks in Spanish for us. We went on other outings together, too. A lot of good friendships were formed in this playgroup. 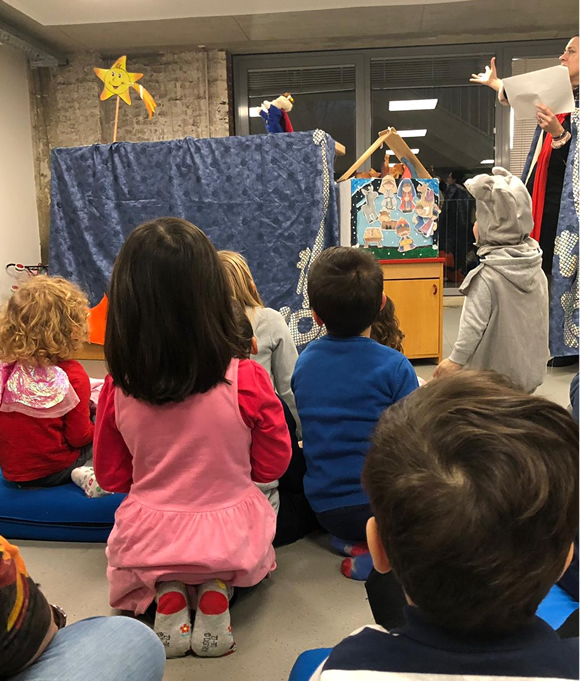 My own children “graduate”

My eldest, though, is now 13, and all my children have “graduated” from the group. While our participation over the past 12 years has ended, leaving them all with some wonderful childhood memories, the group still hopes to carry on into the future. Though the pandemic has interrupted the group’s regular activities, and the form of the group may change as others lead it, it has had a huge impact on the bilingual aim for my family and for many other families in our area.

Alongside the playgroup, I also created a WhatsApp group called “Mercadillo” (Flea Market) so that families can buy and sell second-hand items, like language resources. For example, I can gladly offer minority language books or DVDs that my kids have outgrown. This has been a great way to distribute resources within our Spanish-speaking community. Connecting people in this way has been a big success and the group currently has 88 members. I just wish it had been around when my own kids were small because I’ve spent so much money on minority language books!