Guest Post: Non-native Speakers Can Bring Up Bilingual Kids, Too!

ADAM’S NOTE: During my recent travels in Europe, I met several non-native speakers of English who are making determined efforts to raise their children in this language. I even had the chance to stay with a family in Poland and see the fruitful progress that they’re experiencing. Today’s guest post, by Elzbieta Rzeszutko, another parent in Poland using English with her kids, calls this “intentional bilingualism,” which I think captures the essential spirit of a non-native aim, in any language, very keenly. In fact, whether we are native speakers of the target language or not, being “intentional” about our efforts—day by day and year by year—is the overarching key to success. Elzbieta, thank you for sharing your encouraging story with us! 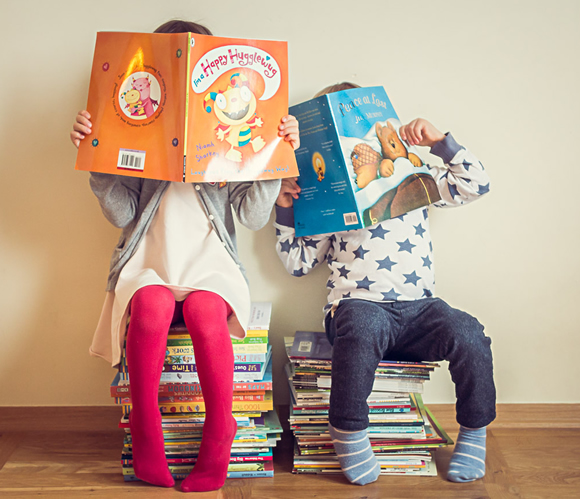 Elzbieta Rzeszutko is a Polish mother, in Poland, raising her two children, 5 and 3, in English. Though not a language teacher, she has a passion for teaching and a mission to persuade people that education can be fun. She shares her proactive approach with others through her popular blog At the Tip of My Tongue (written in Polish, this is the English translation of the Polish name) and through media appearances. 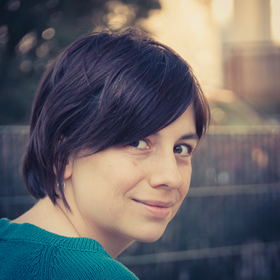 Though my husband and I are Polish, and we live in Poland—a largely monolingual country—the language that we use with our two children is English. Because we believe strongly that bilingualism is so beneficial, we think it’s worth pursuing even if your knowledge of the target language isn’t “inborn” but acquired. In other words…

Non-native speakers can bring up bilingual kids, too!

And I’m happy to say that we’re experiencing success at our bilingual aim. The other night I was carrying my five-year-old daughter to the loo and her limp body, hanging loosely over my shoulder, suddenly mumbled: “Fox in socks on box.” A half-conscious child at this age who starts rhyming in the minority language is living proof of success to me.

[Adam’s note: This snippet of rhyme is from a wonderful Dr. Seuss book called “Fox in Socks” that I read many, many times to my kids when they were small!]

So, yes, I’m a non-native speaker of English and our approach is most frequently referred to as “non-native bililingualism.” However, I much prefer to call it “intentional bilingualism” because I have been as intentional as I can be about my efforts.

In this post I’ll share with you some of the ideas and strategies that have made up our bilingual journey to date.

Pride is part of the equation

My kids are still small, but they’re now speaking English well for their age. And even in public, my husband and I speak English with them, much to the surprise of any onlookers. I admit that, initially, I was very shy when it came to speaking English in public. I was expecting criticism of my language ability or of the mere fact that I’m publicly speaking a foreign language in a monolingual country. Even a silly appointment at the pediatrician was a mental ordeal because I would lapse back into speaking Polish to my first child or I would whisper to her in English like it was some conspiracy. Obviously, she sensed the uneasiness of the situation and assumed that there was something wrong about speaking English in public. So I worked on my attitude over a period of a few months, and I discovered that building up my confidence and pride boosted my daughter’s willingness to speak English more boldly, too.

Bilingualism runs in the blood

I am a walking example of bilingualism running in the blood. My grandfather had a great love for languages and taught himself three languages, all as an adult. He made sure that my father had a chance to be exposed to more than one language, too. My father, in turn, decided to speak some English with me and my family also had the chance to spend two years in an English-speaking country. And me, I’m now carrying on this legacy by raising my children in English.

You see, it’s not only language that gets handed down from generation to generation, but the love of languages as well. What’s more, it doesn’t take much work to get a child started on learning a language. If you’re able to provide the basics of a language and bring in a range of resources to sustain that input, you and your child can then continue growing in the language together.

Making use of books

While I’m persistent about using English when my kids are present, I do allow one exception. When it comes to books, which are crucial for fueling language development, I read to them in both languages because I think it’s the only way I can ensure that both English and Polish reach a similar level, where my children are using rich and varied vocabulary.

So I decided that books should form a solid foundation for our approach. And since books for small children seem to cover a limited range of topics (things like animals, dinosaurs, space, travel, etc.), I’ve tried to get books on these topics in both languages. With the help of these books, not only do my children have a chance to acquire new words, so do I.

Other activities and techniques

While I can speak English well, I’m also aware of my shortcomings in grammar and vocabulary. But, in fact, these shortcomings are what drive me to remain mindful and proactive about coming up with creative solutions for our bilingual journey. At the same time, my younger child needs additional support when it comes to his speech development.

The combination of these two factors has led me to discover additional tools. I make use of many techniques from speech therapy: games with picture cards, jumbled up picture stories, story cubes, role play, and many more. I actively seek out as many ways as I can find for nurturing speech and language development.

I really value books that have rhyme. When I read books like this to my kids, I can intentionally withhold the last word of a line and my kids will complete it with the missing word. They seem to always come away with a few more new words from our rhyming books…then multiply that by the many books we have.

When I read picture books to them, I ask them questions: What are the characters feeling? What will happen next? Close your eyes and name some of the things that are in the picture.

We play all sorts of games in English, many of them quite silly. For instance, we have a monkey puppet that has a peculiar liking for smelly fish, but she can only speak English so if you want to talk to her…

Taking bilingualism for a stroll

I’m very conscious of the fact that the more experiences I can provide for my children, the more varied their vocabulary will be. We go to the forest to talk about plants and animals; we go to the art museum to talk about art; we go kayaking to talk about, well, kayaking. There’s no better way of boosting language ability than taking our bilingualism for a stroll.

Finally, I don’t take anything for granted. Sometimes parents believe that their bilingual aim will materialize on its own simply because they’re a native speaker of the minority language. But I think we know that’s not true. It takes a very proactive approach to achieve your bilingual goal. Fortunately, the pursuit of bilingualism can also be a really fun family journey.

How about you? Feel free to share your impressions with Elzbieta, or your thoughts on “intentional bilingualism,” by adding a comment below!