New Children’s Book About Being Multilingual, in Multiple Languages (with a Book Giveaway!) 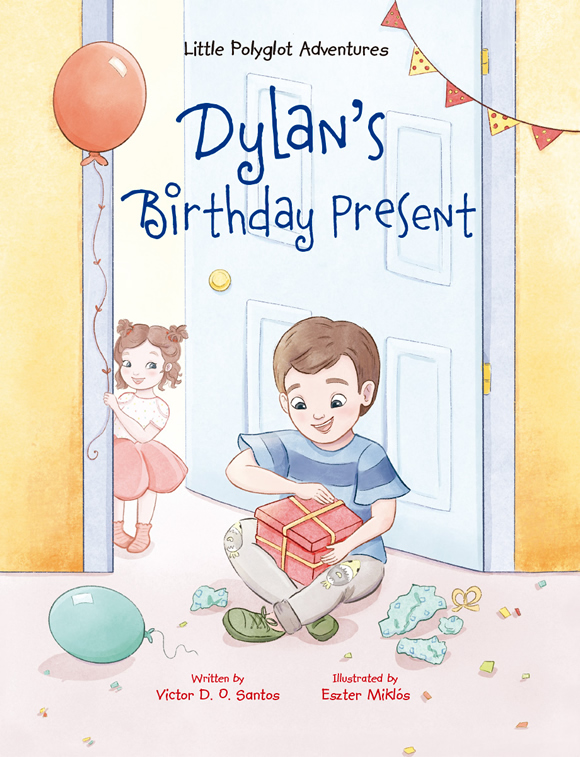 There aren’t too many children’s books out there in the world about children who are bilingual or multilingual, but Victor Santos has just published an appealing new picture book called Dylan’s Birthday Present. And it not only features multilingual kids, it features a multilingual chicken! I interviewed Victor, by email, about his new book, actually the first book in a series about bilingual and multilingual kids.

Victor, tell us about your new series of children’s books.

The new series is called Little Polyglot Adventures and the main purpose of the books is to make children ages 4-8 aware of the value of different languages and different cultures in a fun, visually-appealing, and at times, humorous way.

Book #1 in the series is already out and available in English, Spanish, Portuguese, French, German, Russian, and Ukrainian, in both monolingual and bilingual versions. We intend to release it in dozens of other languages in the upcoming months. Book #1 is called Dylan’s Birthday Present and it’s the story of a multilingual and multicultural boy named Dylan who receives a very unusual present for his birthday, only to lose it shortly after. Together with his best friend Emma, a sweet bilingual girl who speaks English and Zulu and whose parents come from South Africa, Dylan sets out to find his lost birthday present. During their search, the two friends learn about the value of speaking other languages, the value of friendship, and the value of appreciating one’s own and as well as others’ cultural and linguistic background. In the book, kids will learn new words (including their actual pronunciation) in three different languages and feel like little polyglots themselves.

Book #2 is already written and is currently being illustrated. The tentative release date for the second book in the series is currently October 2020.

Why did you decide to produce these books?

Linguacious® has become a well-known brand in the language learning world for children due to our innovative and multi-award winning vocabulary flashcard game, currently available in over 30 different languages. They are the only ones that include audio by a native speaker of each language directly from the cards themselves. Last year, we also started releasing all this vocabulary material in book format, through our Little Polyglot books. 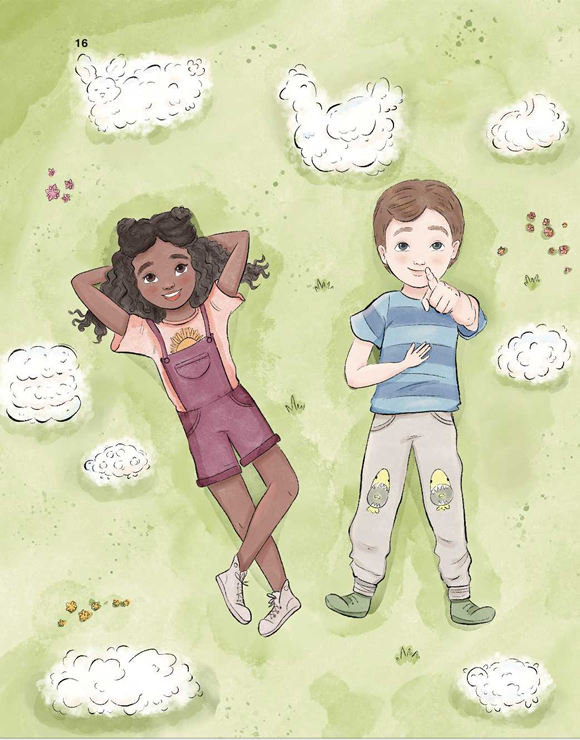 How much of Dylan’s Birthday Present is based on real life?

Some of the basic aspects of the book are based on my own family. We are a multilingual and multicultural family ourselves, and my son’s name is indeed Dylan. Portuguese and English are also two of our home languages. The other aspects are either partially inspired by reality or are products of our (including Dylan’s) fertile imagination…

Tell us more about the chicken.

Kiki, the chicken that readers will meet in Dylan’s Birthday Present, is not a real character in our lives, but was inspired by a made-up series of stories that my mom used to tell me every night as she tucked me into bed during my own childhood. My love for children’s books is to a great extent a product of my mom’s devotion in reading or telling me stories every single night, so Kiki was a way to honor her, somehow.

I also wanted to bring in a less predictable aspect to the series by featuring a less predictable and commonplace pet. Dogs and cats are cute but too overused, so a chicken seemed like a nice choice. Chickens are also very vocal and that seemed fitting for a series that deals with being able to speak different languages, which is, at its core, making different sounds with your mouth that are understood by different groups of people… To me also, chickens seem to have strong personalities, and that’s something I wanted to explore in the series. 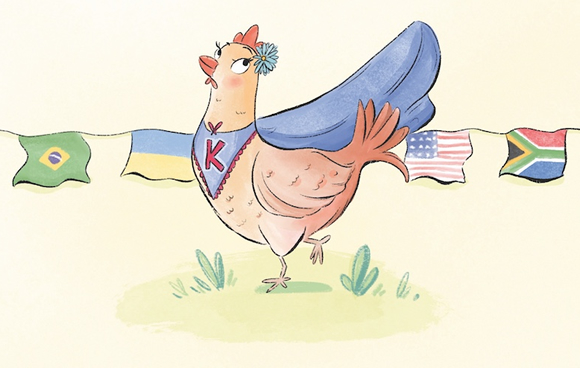 What sort of pet would Dylan really want for his birthday?

In real life, Dylan likes cats the most, so I need to find a way to insert a cat into one of the books in the series to make him happy.

Does your family have any pets? Have you considered getting your kids a bearded dragon? We have one and they make lovely pets!

That’s so cool that you have a bearded dragon! I wonder how much a choice for a pet reflects the owner’s personality. Right now, I am barely hanging in there taking care of two small kids, so I may be putting off plans to get a pet for a couple more years until our kids can help take care of it.

What does the future hold for your work with Linguacious?

We love producing materials (be it flashcards, books, or future ones) to help kids learn other languages. At the moment, I am really enjoying writing books and also the process of producing them, such as working closely with an illustrator to bring the full idea in the book to life in the best possible way.

What I can say about the future of Linguacious at this point is that it will definitely include many more children’s books in dozens of foreign languages. We are also toying with an idea that will hopefully bring much value to parents wanting their kids to learn foreign languages but who have little time to invest in researching those materials. Stay tuned.

How can people enter your giveaway for a free copy of Dylan’s Birthday Present?

Also, if I could ask your readers for a big favor. If you like the idea in this series, please help more people access the book by requesting that your public library purchase a copy. It costs nothing for you to do that and it may benefit many other people who might otherwise not be able to access the book. The ISBN numbers for each version can be found on our website.

PrevPreviousExciting News! It Came in the Mail Today and It Looks Great!
NextChameleon Reader: The One Product I Wish I Could Gift to Every Parent and Teacher of Bilingual or Multilingual ChildrenNext