My Kids Scream at Me Not to Lick Poisonous Mushrooms 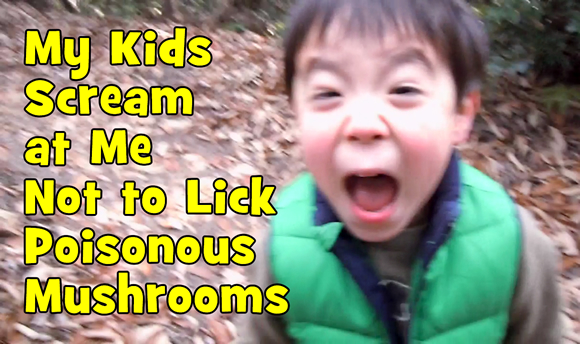 Blame it on our fancy new couch. 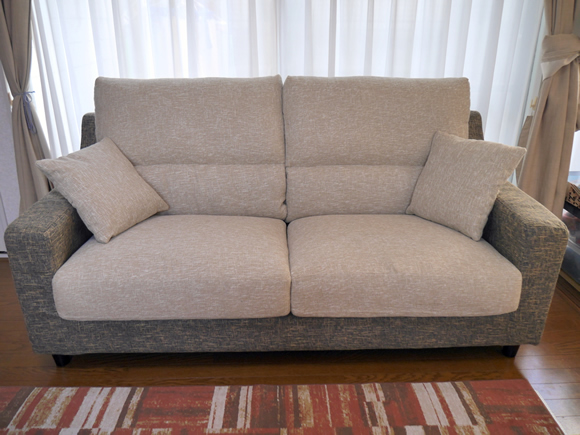 In fact, I had been planning to write a more meaty post about the process of bilingual development…but when our new couch arrived on Wednesday afternoon, I got completely distracted.

You’re probably thinking I was sprawled out on this fancy couch for the rest of the week, nibbling crackers and caviar, but I swear that isn’t true. You see, when the new sofa was delivered, our old couch was taken away at the same time, to be discarded. 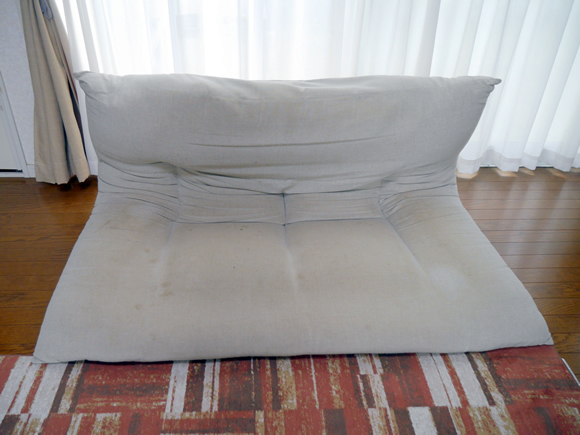 I know, by comparison, it’s a pretty sorry-looking little couch, but the thing is, I was more attached to it than I thought…because it was full of stains. 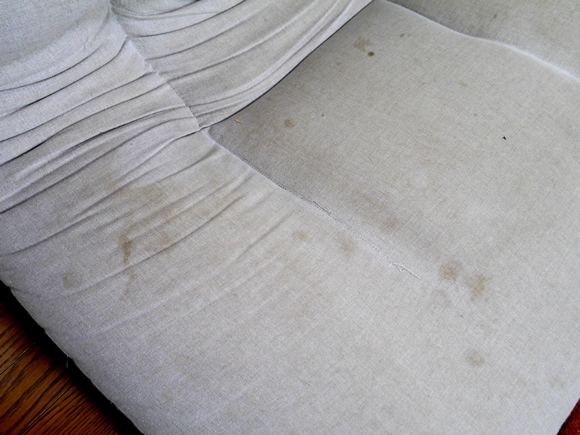 Now I realize that stains aren’t usually a very positive feature in a sofa, but these stains were actually a kind of time capsule of the past 10 years of my children’s lives. (They’re now 13 and 10.) The old couch may have been far less fancy than the new one (fancy furniture + small kids = large frustrations), but my children spent a big part of their early years sitting on it, lying on it, jumping on it, fighting on it, crying on it, spilling things on it, drooling on it, sweating on it, even bleeding on it.

So when the delivery men hauled it away and shut the door, leaving me alone with our fancy new couch, I slumped down on it and sighed. Then, with a few sniffles (I confess), I shuffled into my little home office and began gazing wistfully at old photos and videos on my computer.

One of my favorite video clips

The fact is, I hadn’t looked at old photos and videos in quite a while, and seeing them was a small shock. These childhood years are passing by so quickly, too quickly, and I admit to now feeling deeply nostalgic for the frequent temper tantrums that erupted from Lulu on that old couch (code-switching wildly as she shrieked) and the time Roy lay on it and wailed after stepping on the jagged metal of a tape dispenser that nearly took off his toes.

Funny how the things that once seemed so unpleasant…I now kind of miss.

Anyway, when I began this blog six years ago, I made a pledge to protect their privacy, at least to a reasonable extent, by not revealing their real names or posting photos of them that would show their full faces. As time has passed, I’ve bent this rule a bit, on occasion, by sharing photos from long ago (since they now look quite different).

How Do You Spell B.I.L.N.G.U.A.L.?
Fun photos from the past are used to illustrate some of the basic elements that have made up our bilingual journey to date.

Well, there I was, sitting at my computer in a sentimental daze, when I came across a short video that was shot exactly six years ago this week, when Lulu was 7 and Roy was 4. Like many parents, I’ve taken a lot of video of my kids over the years, but this clip is one of my very favorites. I shot it during a hike in the woods, not far from our house, and my kids’ reaction to my teasing is not only cute and funny to see, it also made me realize just how strongly these little people really feel about their dumb old dad. (Don’t worry, I reassured them afterward that the mushrooms weren’t really poisonous.

Please enjoy this peek at a memorable moment from our bilingual journey, and may you savor all the days of your own children’s young lives…

Watch this video, and many more, at Bilingual Monkeys TV (my YouTube channel).

Want to see more fun videos of my kids?

Funny Interview with Roy (when he was 7)

Funny Interview with Lulu (when she was 10)

A Little Monkey Business (short film featuring me and Roy)

[stextbox id=”comments”]How about you? Feeling nostalgic about any aspects of your experience as a parent?[/stextbox]