My Father Has Passed Away, Too 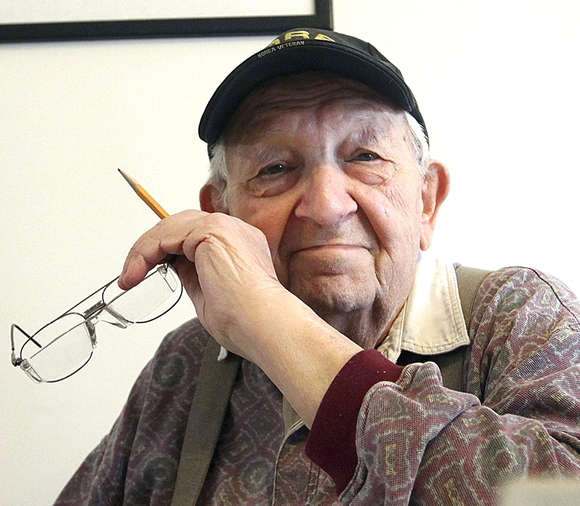 Just weeks after my mother passed away, my father has now left this world, too. Al Beck, an artist and teacher whose passion for art and education was widely influential, died at 11:15 p.m. on May 16.

In late March, I hurried back to the U.S. to see my mother and say goodbye. She passed away the day after I arrived at my sister’s house.

During that trip, I also traveled to see my father, who was living in a nursing home three hours away. (My parents divorced when I was a teen and the last time they saw each other was nearly 20 years ago, at my wedding.)

In fact, the day my sister and I drove to see him was April 4, his birthday. When we got there, we found him celebrating with the president of the college where he had been an art professor for many years. There were balloons, gifts, and cake and my father was in a spirited mood.

On his sweater was a child’s badge and ribbon with the words: “Birthday Boy.”

I then pushed his wheelchair down the hall toward the library, where we were told some others had gathered to see him. It turned out that people from the local arts council had come to present him with a “lifetime achievement award” for his long career. My father was surprised and delighted.

After that, my sister and I joined him for lunch in the dining hall. There, I offered the letters that my wife and my kids had written to him. He started reading Lulu’s letter but soon grew tired so I read out the rest of her letter and the other two…though I had to pause, repeatedly, to get through them.

After lunch, I wheeled him back to his room. He gave me a big ceramic cup that he made years ago on his potter’s wheel.

At that point he became sleepy, even nodding off in mid-sentence. After he lay down on his bed, my sister and I hugged him and gripped his hands. We said we would go now, let him rest. His eyes closed; a moment later, he seemed to be sleeping.

My sister then left the room to speak to a nurse. As I was gathering up my things, preparing to follow, my father unexpectedly opened his eyes. I went to his side and we were able to speak once more: it was the conversation I had been hoping to have but, once he grew sleepy, didn’t think could take place. Knowing his health was failing, and this was likely the last chance I would have to talk to him in person, I told him that I loved him, that I was so thankful for everything he did for me, that he had done so much good in this world, and that I knew this was hard for him but it would be okay, it would all be okay…

And I leaned down, putting my forehead to his, and wept.

Gulping sad sobs, he whispered back, thanking me and telling me that he loved me, too…

In the end, what else is there to say?

Then he drifted off to sleep, breathing heavily. It was much like my mother’s last days—eyes closed, so weary.

I stood watching, sensing this was the last moment I would ever see him… And then I left the room, closing the door softly behind me.

I spoke to him by phone several times after I returned to Japan and it was clear that he was steadily fading. Then, last week, his condition deteriorated quickly and before I had a real chance to consider hurrying back…he was gone.

What strikes me now, with the passing of both my parents, one after the other, is how life in this world—as wonderful as it can be—finally becomes a weary decline, both physically and mentally, and that, ultimately, release from our adventure as human beings is truly a form of grace. We breathe, our heart beats, and we make the most of our brief mortal lives by experiencing and producing as much joy as we possibly can.

Al Beck, an immensely passionate and creative soul who had a profound impact on my life and the lives of so many, was a special force of joy until the very end.

In fact, my sister and brother told me that he was singing the day before he died. He was singing songs without the words, which he had already lost, still giving voice to that undying joy inside him.

With the last breaths of his life, he was singing. 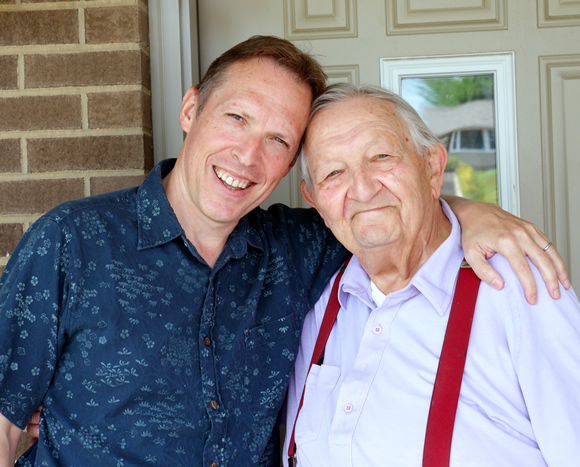 To learn more about my father’s life, please see his obituary (which was compiled by my brother).

In an earlier post, Creative Solutions to Challenges Raising Bilingual Children, I shared a memorable story about my father that has long had a powerful impact on my own creative thinking.

For a similar tribute to my mother, with photos and video, please see this page.