My Daughter Hits the Biggest Milestone of Our Bilingual Journey Together 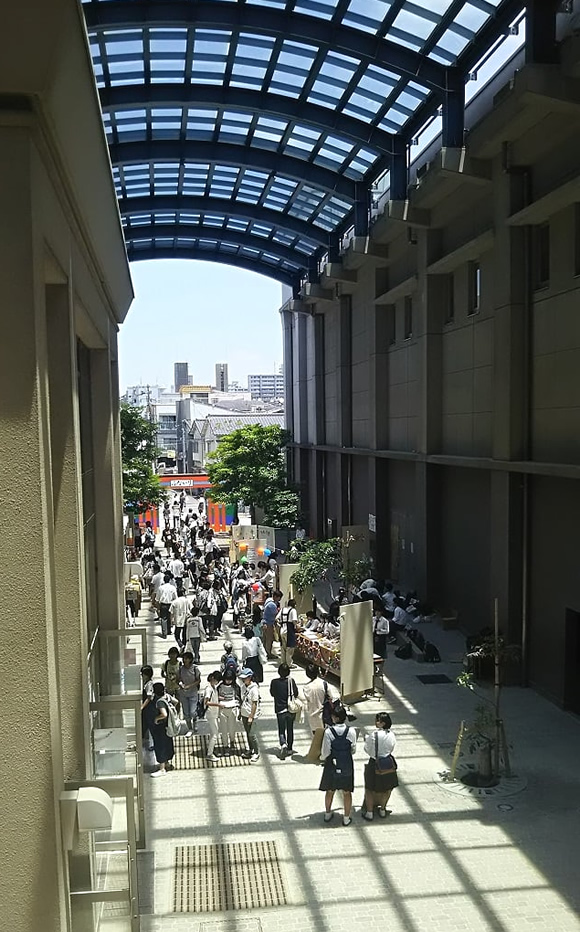 My daughter, Lulu, will be 16 in a few months and this blog has followed her progress as a bilingual child in Japanese and English (trilingual, if we count her growing Spanish, too) over the past 8 years. There have been a lot of large milestones over these years—both in her language development and in her rising maturity—and I’ve shared many of them, including…

How I Got My Bilingual Daughter to Eagerly Do Her Homework in the Minority Language (February 1, 2017)

My Daughter and I Hit a Big Milestone on Our Bilingual Journey Together (March 23, 2017)

My Bilingual Daughter Is 13. My Bilingual Son is 10. So Why Is Their Level in the Minority Language Basically the Same? (January 26, 2018)

On Friday, though, came news of the biggest milestone yet.

Working hard for her dream

First, though, let me back up a bit and tell you that Lulu’s last year of junior high school has been very tough, very stressful. (In Japan, elementary school is six years, followed by three years of junior high, then three years of high school, with the school year running from April to March.) The truth is, I’ve watched her study much harder than I ever studied when I was a teen, not only studying constantly at home but also regularly attending a neighborhood juku, or cram school, in the evenings and on weekends.

At the same time, as I recently described in This Is the Bottom Line for Success at Raising Bilingual Kids, she also took part in an English speech contest for junior high students in western Japan and practiced hard for that as well. (Spoiler alert: She won!)

The larger aim of all these efforts was the dream she has pursued for the past three years: to attend her first choice of high schools in Hiroshima, one of the better high schools in the city, and, more specifically, that school’s special international program where the students study English more seriously, engage in cultural exchange activities, and even go abroad on short trips.

I was certainly behind her drive to enter this school (and my wife was, too), but, to be honest, we were also somewhat concerned because Lulu didn’t really want to attend any other high school. Her heart was set on this particular school, this particular program, and if she didn’t get in, it would no doubt be a crushing blow to her young life.

Getting the results last Friday

Last Tuesday she took the entrance exam for this program, and felt she did well…but then had to wait until Friday for the results. And naturally, she was very, very tense during those three days of waiting.

As it turns out, I was the first one in the family to hear the news. We were expecting a call from the junior high on Friday morning and, because my wife was at work, I was the only one at home when the phone rang. I admit, my heart started pounding: if the news was good, it would be extraordinarily good; but if the news was bad, it would be extraordinarily bad.

Her teacher told me that, yes, she had passed the exam and was accepted into the program.

I hung up the phone and let out a loud whoop that you may have heard. Then I called my wife and told her the good news.

Lulu, though, didn’t find out until several hours later, when her teacher revealed this result to her at the end of the school day. And when she got home (I bet her feet didn’t touch the ground the whole way!), she was bubbling over with joy. I don’t think I’ve ever seen her so happy.

The larger moral of the story

Truth be told, I’m happy, too, but I’m not only happy for her—part of me is also happy for, well, me. For the past 15, nearly 16 years, I’ve been the only regular source of English in her life and the English exposure she received in elementary school and junior high school was much too basic to really stretch her ability. But at last, starting in April, she’ll be getting some useful language input from school, too, and will surely engage with others in English far more often. Though this is still a Japanese school, and much of her day will still be spent in Japanese, the simple fact that English will now become a more important part of her life means that the load on my own shoulders will finally feel lighter.

The larger moral of this story, of course, is that perseverance pays off. This may not always be true—disappointing outcomes are also a part of life—but I do believe it’s generally true. In this case, Lulu’s hard work over the past year—over the past three years—to realize her heartfelt goal has paid off. In fact, she now says she has another goal, and perhaps her high school years will lead her closer toward it: she says she wants to work for the United Nations one day.

[stextbox id=”comments”]How about you? What milestones are you hoping to realize in your own journey with your kids?[/stextbox]

PrevPreviousGuest Post: The Multilingual, Multicultural Life of a Third Culture Kid
NextBig News About My Blog!Next