UPDATE: Good news! My kids have officially passed their very first proficiency test in English, our minority language! And amazingly, their final scores—a combination of both the reading/writing test and the speaking test—were almost identical! My son’s score was 2445 and my daughter’s was 2439 (out of 2600 total points). Many thanks to you all for cheering them on! They had big smiles when they opened their large envelopes and found the certificates inside! 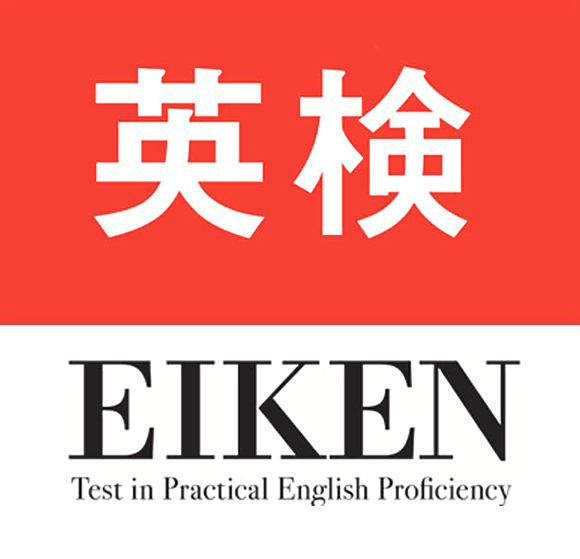 My son turns 12 in March and my daughter will be 15 in June. But until last month, they hadn’t been tested in any formal way to assess their ability in English, our minority language. So I signed them up to take the EIKEN test, which is a widely-used English test in Japan and is given several times a year in locations across the country.

The EIKEN test consists of seven “grades,” or levels: the lowest test level is Grade 5, then 4, then 3, then Pre-2, then 2, then Pre-1, and finally the highest test level, Grade 1. You can take the test of any level you choose (you don’t have to start at level 5 and work your way up), and ability at the higher levels is tested in two parts on two different days: the first part of the test assesses reading, writing, and listening; and the second part (but only if you pass that first part) is the test that assesses speaking.

Of course, I’ve long had my own estimate of their English ability, but I thought it would now be helpful, in these three ways, for them to begin challenging the higher EIKEN levels:

Last year, with an eye on registering them for the first testing date in 2019, which took place in late January, I printed out samples of the three highest test levels from the EIKEN web site—levels 2, pre-1, and 1—and had them give these a try.

Since, in the past, I had helped a number of my students prepare to take various levels of this test, I already was pretty familiar with the range of difficulty and I was able to judge which level would be most appropriate for my own kids.

I say “level”—not “levels”—because Lulu and Roy, despite nearly a three-year gap in their ages, are now basically at the same level of general English ability. In a post I made in January 2018—My Bilingual Daughter Is 13. My Bilingual Son is 10. So Why Is Their Level in the Minority Language Basically the Same?—I explained the reasons why and stressed the point that Roy’s greater passion for books and reading has resulted in a greater quantity of input over a shorter amount of time. (Thus, doing your best to maximize your child’s “bookworm potential,” from early on, can have a hugely productive impact on his overall language proficiency through the years of childhood.)

After examining their sample tests, my sense of the appropriate test level for their current ability was confirmed: level 2 would be too easy; level 1 would be too hard; and level Pre-1 would be just about right.

To help you understand the sort of levels I’m talking about, here are vocabulary and reading samples from each of these levels. 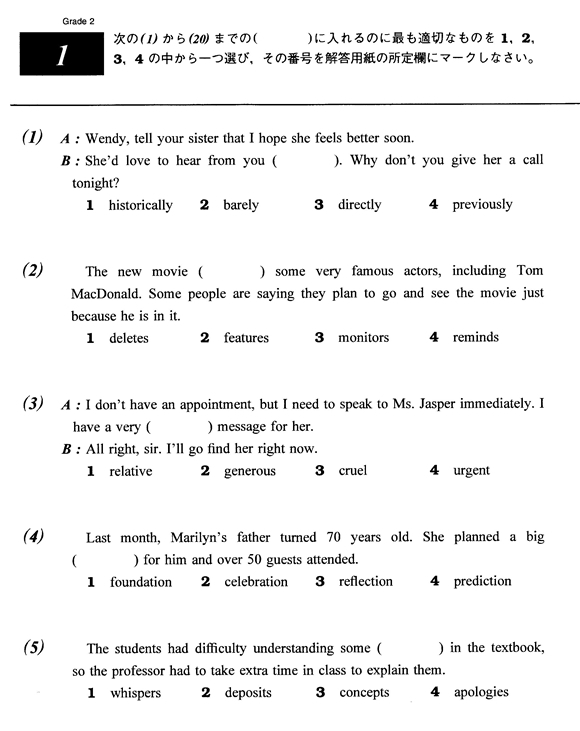 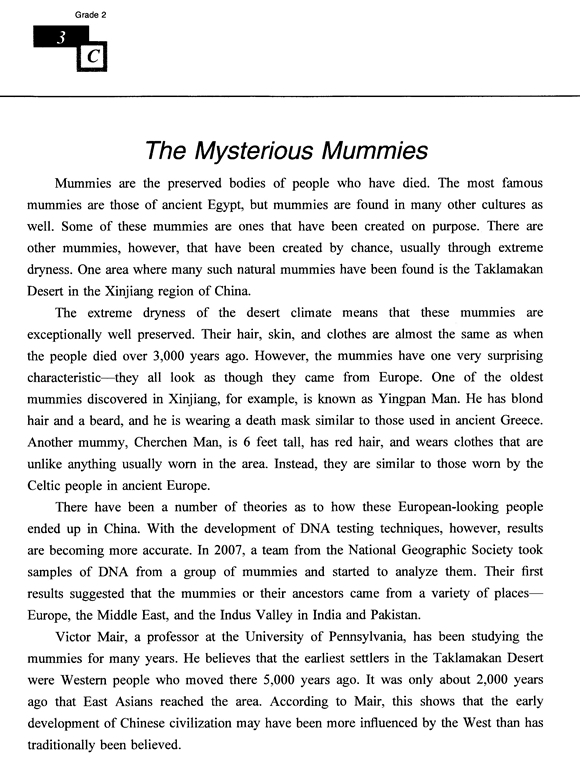 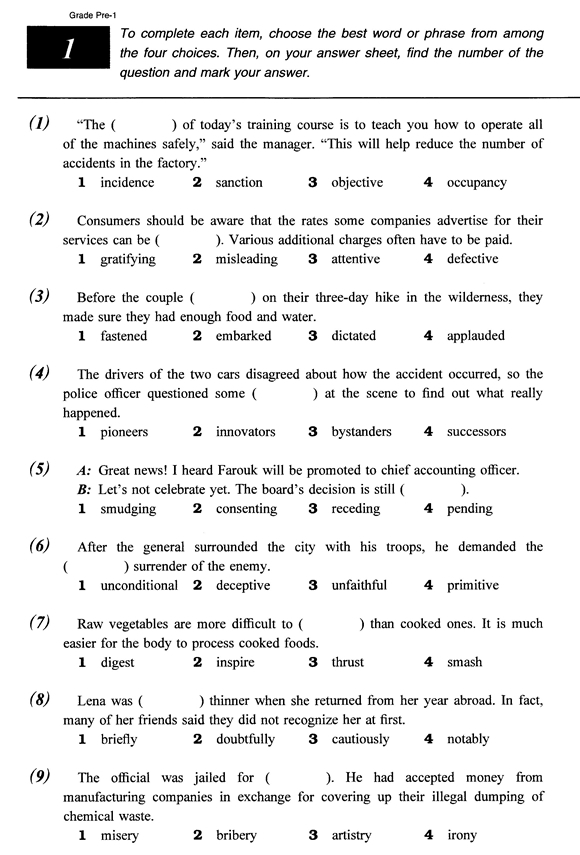 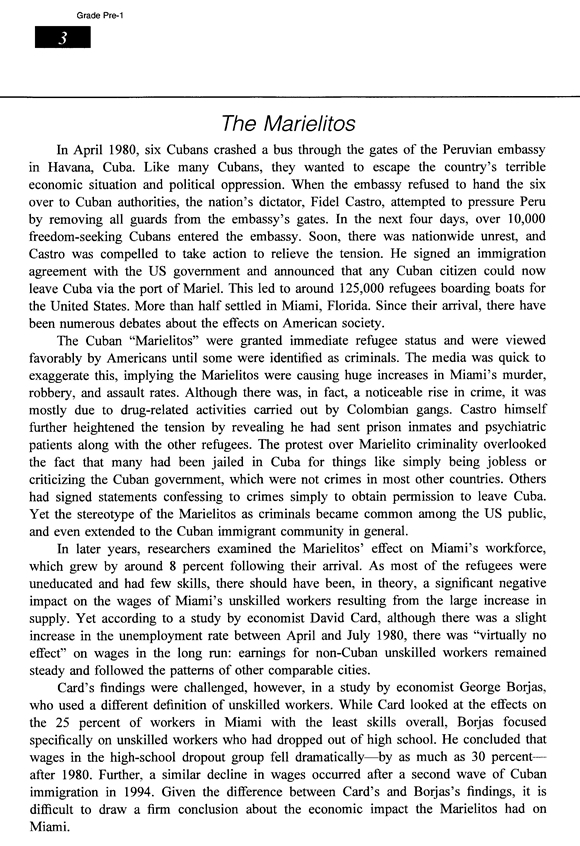 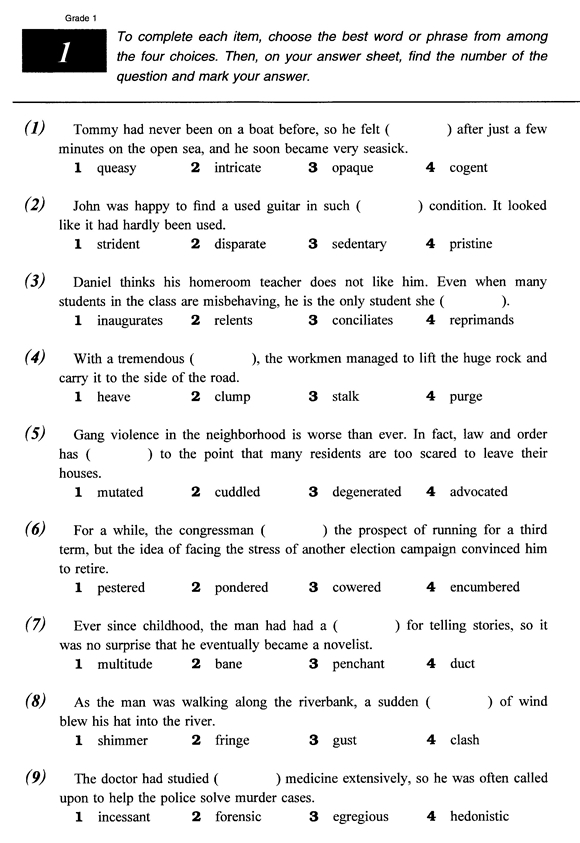 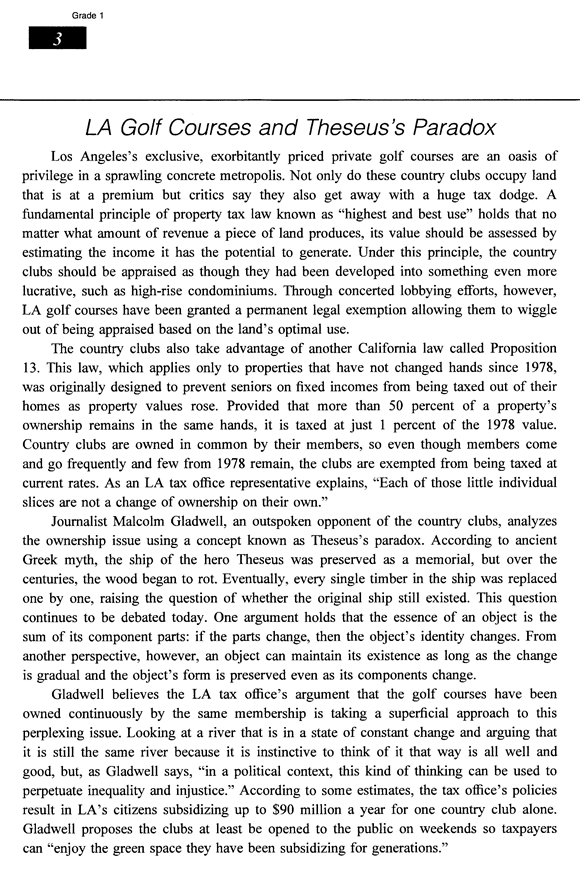 Results from the first part of the test

In the end, though, I didn’t register them for the level Pre-1 test; I signed them up for level 2. You see, even though I felt they could probably pass Pre-1, I wanted to ensure that their first experience of the EIKEN test would be a positive one, I wanted them to feel successful, and so I had them take the level 2 test instead. At the Pre-1 and 1 levels, it’s not only the difficulty of the material that poses a challenge; it’s also the fact that their youth is a disadvantage because their lack of life experience makes it even harder for them to comprehend the topics of the reading passages. (The vast majority of test-takers at the Pre-1 and 1 levels are older students and adults.)

The other day we received the results of their level 2 test in reading, writing, and listening. Their passing scores weren’t a surprise, but the results themselves were still quite revealing, in terms of their current language ability. The highlights:

The second part of the test

This Sunday, then, is the second part of the test—the speaking part—and if they pass this, too, they’ll have passed the whole Grade 2 test. It shouldn’t be too difficult for them (reading a short passage aloud and answering a question, then narrating a three-panel illustration and responding to a couple of more questions), but I’ll practice with them on Saturday, so they’ll be familiar with the format.

The first test was held at a university on the outskirts of Hiroshima, which was a long drive for us. I haven’t yet checked where the second test will take place, but I’m hoping it will be a bit closer to home!