Help! My Bilingual Children Are Losing Their Ability in the Minority Language! 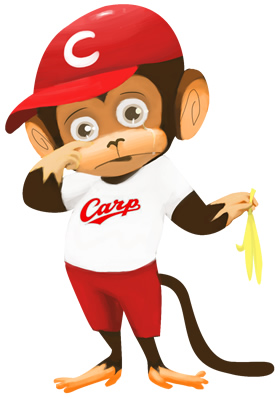 In Do Your Bilingual Children Go to School in the Majority Language?, I discuss how important it is to remain proactive in supporting a child’s minority language when the child attends a majority language school. The truth is, even when parents have had significant success fostering active ability in the minority language through the child’s first few years—the crucial “first stage” of bilingual development—when the “second stage” begins and the child goes off to school, that earlier progress can stall, or even backslide, much to the parents’ surprise and dismay.

It’s not hard to see why. Prior to that point, the child was likely with the main caregiver for much of the day—engaging in the minority language—but then the circumstances shift dramatically, with many more hours spent in a majority language environment, and this change can’t help but impact the child’s bilingual development.

When a family is faced with this dilemma, the answer, as always, involves addressing the two key areas of need and exposure. In What to Do When Your Bilingual Child Won’t Speak Your Language, I looked at this difficulty from the perspective of parents who have struggled, from early on, to establish a firm foundation for active communication in the minority language. In this case, the difficulty is linked to the “first stage” of bilingual development—those first formative years—and the challenge usually involves activating passive language ability.

The challenge is naturally different for parents who have been able to foster active communication in the minority language through the child’s early years, but then encounter difficulty maintaining that mode of communication in the “second stage,” once the child enters a majority language school. Here, it’s more a question of reactivating latent language ability, which is generally an easier task since the child has already demonstrated some active use of the language.

The remedy, though, is very much the same: you must redouble your efforts to strengthen the child’s need to use the second language and expand his daily exposure to it.

I realize, of course, that this may not be possible for some families (we rarely travel outside of Japan ourselves), but if a trip can somehow be managed, the results are often “miraculous.”

Time and again, I’ve known parents who have struggled to continue communicating with their children in the minority tongue, but a trip abroad (often a visit with relatives in the home country) serves to reactivate the children’s latent language ability and gets them chattering once more.

The reason, of course, is that the immersion of this experience directly addresses our two key ingredients of need and exposure: the child now genuinely needs to use the language to communicate and is bathed in a flood of exposure to this language from the environment.

A few weeks abroad can do wonders, but it’s still true that backsliding could reappear when the child returns to school. To counteract this, regular trips—regular “booster shots” in the minority language—would be ideal.

Whether or not travel is an option for your family, you should be making greater efforts right there at home by vigorously addressing the lack of need and exposure in your child’s life.

I would also encourage you to be proactive and creative about pursuing monolingual settings and situations where your children will have no choice but to communicate in the target language: schools, clubs, tutors, family members, babysitters, other children, homestay guests, etc. The more you’re able to build this real need into their lives, the more they’ll start using the minority language—with you, too.

On a related note, definitely explore opportunities where your children can help others by using their minority language ability. As I’ve detailed in A Powerful Way to Inspire a Positive Attitude in Your Bilingual Child and The Power of Using the Minority Language to Help Others, the chance to serve other people through the use of the second language can have a very positive impact on a child’s attitude and motivation.

Exposure
Meanwhile, it’s vital that you make your best effort to boost the child’s daily exposure to the minority language. In How Many Hours Per Week Are Your Children Exposed to the Minority Language?, I suggest that a good benchmark would be about 25 hours a week (or more!) of meaningful exposure.

Remember, when children attend school in the majority language, they’re being exposed to that language for hours and hours each day, around 200 days a year. I understand, personally, how difficult it can be to offset this tidal wave of exposure, but we have to do what we can, day after day. Along with making more time for them, for conversation and play, I highly advise an enthusiastic approach to literacy: read aloud to your children every day, without fail; build up a large home library of suitable books; and incorporate the practice of captive reading into your daily lifestyle.

In general, work toward enriching your whole home environment with more resources in the minority language: more music, more games, more toys, more media. I know (painfully so) that resources require some investment, but the richer your home life is in this language, the more success you’ll likely have in reactivating, and then sustaining, your children’s bilingual ability.

My own children are now in third grade (Lulu) and first grade (Roy) at our local Japanese elementary school. (And prior to this, they attended a Japanese preschool/kindergarten for three years.) Although I’ve managed to maintain their active ability in our minority language (English) throughout this time, it’s nevertheless true that I’m encountering my own challenges in this “second stage” of their bilingual development. Most noticeably, they now communicate with each other more often in Japanese than they do in English, while it used to be the reverse. And occasionally, when I’m talking to them, they stop and draw a blank on certain words in English, even some basic words.

I’m not concerned, really, or even surprised, since they now spend so much of their lives using the Japanese side of their bilingual ability. But you can bet that I’m monitoring the situation closely for bigger signs of backsliding, and I’ll take action, as appropriate, to maintain their need and their exposure when it comes to our minority language.

The Busy Parent’s Guide to Cloning Yourself

How about you? Have you encountered any difficulties during the “second stage” of your children’s bilingual development? How have you responded?

PrevPreviousINFOGRAPHIC: The Top 10 Advantages of Being Bilingual (From a Child’s Point of View)
NextThought Experiment: What Will Your Children Remember Most About You?Next