“I Can’t Do This Alone”: Remarkable Message from a Bilingual Toddler 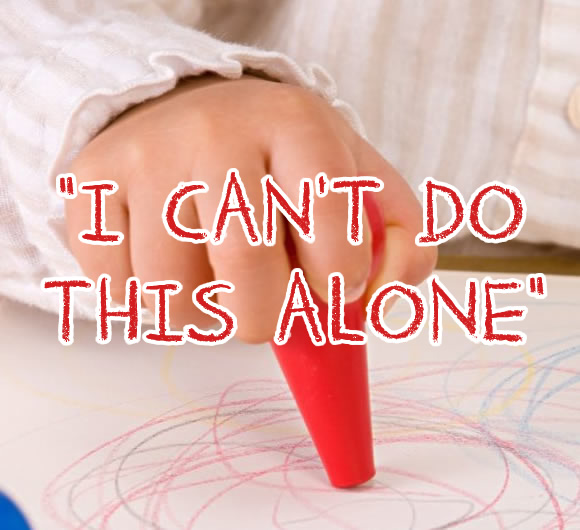 The other day I was at a friend’s house in Hiroshima. He has a daughter who’s about a year and a half. Like me, he’s a native English speaker and his wife is Japanese and he wants his daughter to be bilingual.

At one point, as my friend was fiddling with his iPhone, the little girl huffed, grabbed up a fat red crayon, and began scratching furiously on a piece of paper.

This is what she produced… 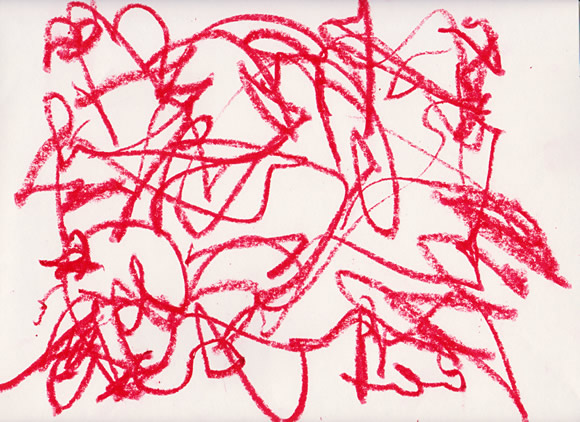 Now I know it just looks like a lot of scribbling, but the truth is, it’s a kind of “preliterate script” used by toddlers, and I’m able to translate this script into English. (I took a course on this in graduate school.) And when I did, my friend was shocked at the remarkable message his daughter had written to him. In fact, I think this will make an important difference to his whole bilingual journey.

Here’s my translation of her message…

You better shape up, pal.

You want me to speak your strange language, right? Well, if that’s true, you better start putting more effort into this project, mister. Turn off your stupid iPhone and start spending more quality time with your darling daughter. If you don’t talk to me more and read to me more…well, don’t blame me if I don’t become bilingual like you want.

This would be a lot easier, too, if you’d get more books and music and other stuff in your strange language. I mean, look at our shelves! You can do better, can’t you? I know that stuff doesn’t grow on trees (at least I don’t think it does, I don’t know much about science yet), but if it costs a little money, then cough it up, bub. Aren’t I worth it?

I don’t like scolding you, Dad. We haven’t known each other that long, but even though you look kind of big and scary and you’re always squeezing me too tight, you’re a nice guy and you give me juice and strawberries. So I want to keep you.

But I hope you’ll understand that I’m a little frustrated here and that’s why I sometimes throw screaming temper tantrums and try to bite you. I know you want me to be bilingual, and I’d like to be bilingual, too, but I’m feeling kind of stressed out these days. You’re expecting a lot of me, but it’s too much, really, if you’re not going to do more to help.

The truth is, Dad, I want you to be proud of me, but I’m afraid you’ll be disappointed if I don’t learn to speak your strange language, too. So please, get your act together. This isn’t something I can do alone, you know.

Thanking you in advance,