Little Monsters Contest! Tell Your Story and Win a Prize! 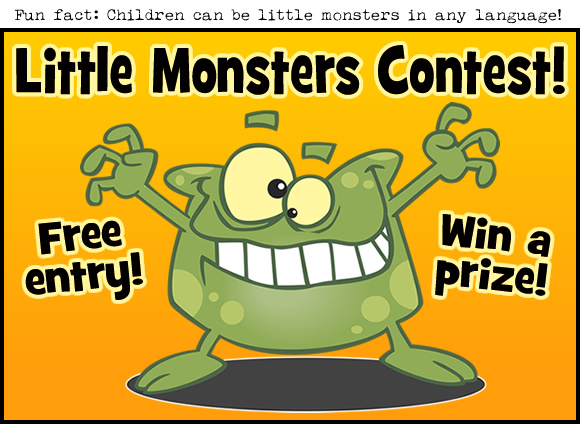 The truth is, even if children always behaved like little angels, the bilingual journey would still be a challenging experience for most parents, especially when literacy in the minority language is also an important aim. To foster higher levels of language ability, a significant amount of time, effort, and expense is required and these demands must remain a central part of a family’s lifestyle throughout the years of childhood.

Duels with my daughter

If you’ve been following this blog, you know that my 10-year-old daughter has always had a willful streak. Compared to my seven-year-old son, who’s generally quite easygoing and obedient, Lulu is rather high-strung and rebellious. And lately, her behavior has taken a turn for the worse and my wife and I have found ourselves engaged in duels with her over our expectations for her homework and her other responsibilities at home. I honestly don’t think we ask too much of her: our expectations may be high, but they’re not unreasonable, and we simply want her to take on these tasks positively and proactively, without continually dragging her feet and doing less than her best.

In one of my recent moments of exasperation, I “grounded” her for the day: she couldn’t leave the house to play with friends or go shopping with her mother. From the tearful outburst that followed, you would have thought I had just given her a life sentence!

As she went on wailing in the living room, I took refuge in my little office and opened the desktop file with the journal I’ve kept throughout their childhood. (See Why Keeping a Journal on Your Kids is So Valuable.) Since Lulu has had a long history of erupting in tantrums in times of frustration, I was seeking some of these earlier incidents to help lighten my perspective: if I survived those times, and can now look back at them and laugh, I can survive this time, too.

Reading these old journal entries, I not only regained a more healthy perspective, I thought of a fun way, with Halloween approaching, for us all to lighten the load of our journey just a bit: by holding a contest where we share humorous stories of the times our bilingual monkeys turned into little monsters.

Let me start with a story of my own. Then I hope you’ll share a story, too, by posting a comment below.

A Letter to Santa

Three years ago, when Lulu was 7, she wrote a letter to Santa Claus—just one week before Christmas—asking him to bring her a Wii video game console. (Roy, by comparison, wrote his letter to Santa in October!)

Now I know kids love video games—and there can be some language learning benefits with a system in the minority language—but my wife and I have actively limited the amount of video games our children play. Apart from some old CD-ROMs, which they occasionally play on my aging laptop, they have few opportunities to play video games at all. At some point I’m sure we’ll get more electronic devices (like another desktop computer and a tablet), but I’m quite content to emphasize “unwired activities,” particularly reading paper books, for a while longer.

Santa, then, was faced with turning down Lulu’s request…but Santa also knew this had to be handled carefully because her hopes were very high. If Lulu woke up on Christmas morning, bubbling with excitement, and didn’t find a Wii under the Christmas tree, she would likely explode in screaming disappointment. That would hardly be a merry Christmas for any of us.

So, on Christmas Eve, before lunch, Lulu received a typed reply in the mailbox. In his letter, Santa said that he was sorry, but he wouldn’t be able to deliver the Wii video game console that she had asked for. Her letter had arrived at the North Pole too late, he explained, and a Wii is the sort of toy that takes the elves a while to make. He then went on to try easing her disappointment by saying that he would be giving her some gifts that he was sure she would like and—right then Lulu blew up like a bomb.

For the next 20 minutes, until she exhausted herself, she thrashed madly on the living room floor, a crying, shrieking, raging little monster (in both languages, actually). Fortunately, the real Santa wasn’t listening at the time because she said some pretty awful things about him. And even when I sought to assure her that we could probably get a Wii in the future, when she and Roy are older, she wailed at me: “But in the future you’ll be dead and then I’ll never be able to get one!”

I couldn’t help it—I had to laugh.

Enter the Little Monsters Contest and win a $20 amazon gift card!
(There will be 3 lucky winners!) 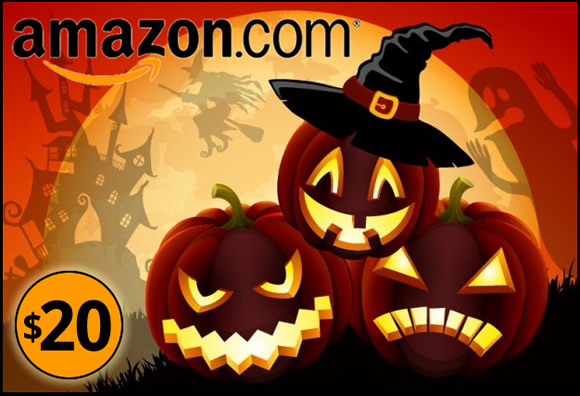 Kiara in Italy
Alisa in France
Mayken in France

The stories of their children turning into little monsters, and the fun stories from other parents, too, can be read below.

To enter the contest, just follow these simple steps…

1. Entry is open to all subscribers of my free newsletter.
If you’re already a subscriber, skip merrily ahead to step 2. If you’re not yet a subscriber, just click the big link below to enter your name and email address. The weekly newsletter is an important part of my efforts to encourage parents to stay as conscious and proactive as possible, day by day. (You can learn more about the newsletter—as well as the fun download for subscribers—at the Subscribe page.)

Get my free newsletter!

3. Leave a comment below with your background information and your story. (Follow these numbered guidelines carefully or your entry won’t be accepted!)

1. Your first name and where you live (Example: Anna in Russia)

2. Your two (or more) languages (Example: Russian and English)

3. Your story, telling about a time your bilingual monkey turned into a little monster. (Any length is fine)
*Please include your child’s name (or nickname—not just the first letter of a name) and age at the time of the incident.
*Be sure to tell the story, from beginning to end, as clearly as you can. The English doesn’t have to be perfect, but it should be easy to read and understand, so do your very best and proofread everything carefully before you submit your entry.

4. All entries must be submitted by midnight on Friday, October 31 (Japan time).
The next morning, I’ll print out all the stories and my kids and I will read them and vote on our favorites. The three of us, individually, will give each story a score, from 1 to 5 (5 is the highest), and the three stories that earn the most points will be declared the winners of the contest. The three winners will then each receive a $20 amazon gift card.

Although I won’t respond to your stories here, I look forward to reading them and I’m sure Lulu and Roy will enjoy them, too! (And thanks for adding to their English exposure with your stories!