Over the years, my family has followed an annual tradition, each August, of driving out to a large blueberry patch that’s located in the countryside about 90 minutes from Hiroshima. We spend much of the day there picking blueberries and breaking for a picnic lunch.

This tradition started when Lulu was two. In fact, we originally stumbled upon the blueberry patch by accident when we were out searching for a larger fruit farm, our original destination.

Here’s Lulu that first year, with our big baskets of blueberries. Lulu was more of an eater than a picker back then (and Roy hadn’t been born yet) so Keiko and I somehow filled these three baskets by ourselves, blueberry by blueberry. We’ve never equaled this haul in the years since! 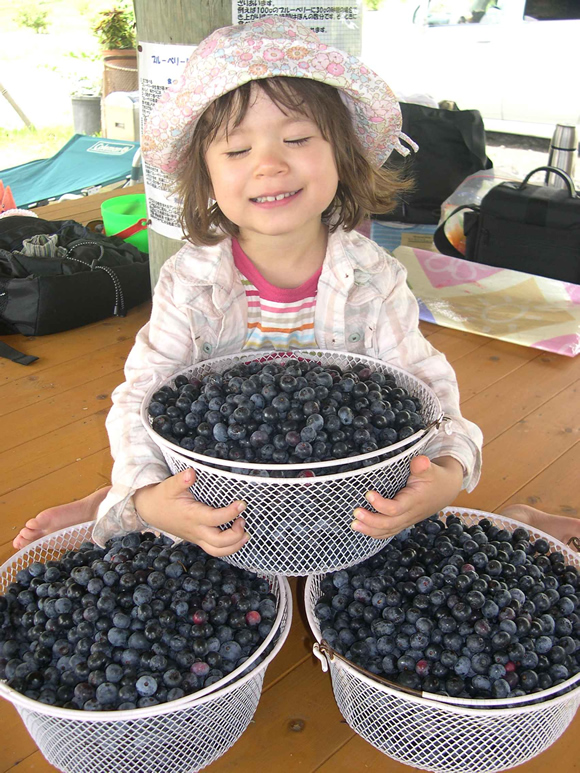 While we’ve tried to make this outing every August (when the blueberries are ripe), some years have been difficult. In fact, the past two summers I was busy traveling back to the U.S. as my parents fell ill and then passed away.

So this year—despite the fact that my kids, now 15 and 12, are both very busy with schoolwork and club activities during the summer break—I was determined to resume our little tradition.

Back to the blueberry patch

Last Saturday we headed out to the blueberry patch again—probably our tenth trip there over the past 13 years. (I’ve lost count.) When we arrived, the friendly woman whose family owns the site was there, as always. And as she spotted us—after an absence of two years—she burst with surprise and delight.

This woman, you see, has watched my kids grow up over the years—for one single day in August almost every year since they were small. She hadn’t had the chance to see them in the past couple of summers, though, so she seemed particularly excited to now see them again. And as it turns out, because I had brought my iPad along with me, which holds a trove of family photos, we were able to show her pictures from our previous visits, when the kids were much younger.

The years are hurtling by

Naturally, all this got me thinking about how the years have just hurtled by and left my head spinning on my shoulders. I’ve made this point before, as in the post Can You See How Quickly Time Is Passing?, but let me emphasize it once more:

We must stay as mindful and proactive as possible, day by day, so we can make the most of the fleeting years of our bilingual or multilingual journey with our kids—as well as all the rest of the adventures that we’ll experience with them during their childhood.

Here’s Lulu from the other day, now a young bilingual woman—and a fine blueberry picker, too, if you don’t mind me boasting a bit. 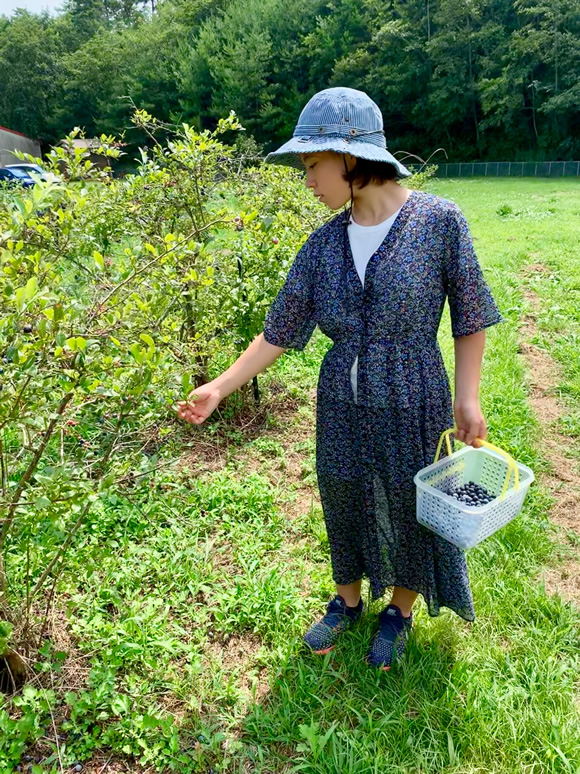 PrevPreviousHow Translation Tasks Can Be Doubly Productive for Your Bilingual Kids
NextFollow My Travels in the UK and Europe!Next