How to Get Your Kids to Do Exactly What You Want 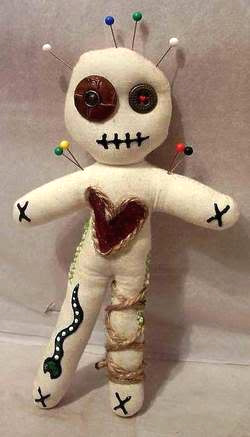 Tired of nagging your children to do the things you want them to do? Like doing their homework and reading more, or cleaning up their stuff and completing other chores?

And even when you nag, it still doesn’t get done, or isn’t done well?

This is a common problem for parents, and in our house it was a particular challenge on weekends and holidays. Compared to school days, which have a built-in structure and rhythm, I struggled to find a good way to get my kids to do their tasks on days which lacked that structure, that rhythm. When the whole day was free, and things could easily be put off until later, how could I motivate them without becoming an ogre?

For a while now I’ve been making use of a simple strategy that has largely solved the problem—well, at least until my kids are older and stop listening to me entirely.

Of course, I can’t guarantee that this method will work for every family. Like much of parenting, a lot depends on the particular children. But I can tell you that, on weekends and holidays, Lulu and Roy now do everything we ask them to do, right after breakfast, and we rarely have to nag them at all.

No, this doesn’t involve voodoo, really. (The little voodoo dolls I made weren’t nearly as effective.) It’s simply a matter of creating that necessary structure and rhythm…

Like many adults, I scribble a “to-do list” each morning. Even when I barely make a dent in it—sometimes writing a new to-do list basically amounts to copying over my old to-do list from the day before—I’ve long found that such a list provides structure and rhythm to my day, and helps fuel my motivation to complete these tasks. (It’s silly, I know, but I get a real sense of satisfaction from crossing a task off my list!)

So I wondered: What if I started making individual to-do lists for the kids on weekends and holidays? Would that help provide the kind of structure and rhythm that seems to be lacking on these days? Would that motivate them more than our nagging?

And that’s what I did, and have done ever since. Let me explain in more detail…

Tasks for the day

Right now, it’s still spring vacation in Japan—this is the break between the end of the old school year, in March, and the start of the new school year, in April. (The kids will be back in school on Monday, with Roy entering first grade, and Lulu entering third, at our local elementary school.)

So every morning, at breakfast, I cut a sheet of paper in half, grab some markers, and make each of them a colorful to-do list for that day. For us, a typical list consists of about six items and includes these kinds of tasks…

And next to each of these items on the list—this is very important—I put an empty “check box.” Just as I feel a motivating sense of accomplishment when I can cross something off my own to-do list, I’ve found that my kids enjoy a similar feeling when they complete a task and check that little box.

Then I post their lists on the wall, set out all the materials they’ll need for reading or writing work (at least the things they can do on their own), and remind them that they can’t pursue the other activities they might want to do that day—such as playing in the park or watching TV—until they complete everything on their list to our satisfaction. (Or unless I give them permission to finish something later.)

After breakfast, they change into their clothes and brush their teeth, then they get right to addressing the tasks on their list. Some days, of course, we may have plans in the morning—yesterday, for example, we went shopping—but then the unfinished list awaits them after lunch or whenever we return home.

This might make me sound like a “taskmaster” but that really isn’t the case. In fact, I had to be far more of a taskmaster before I made these to-do lists, as I was continually pressing them throughout the day to tackle one task after another. (It was tiresome for my wife, too.) Today, however, because they’ve absorbed the structure and rhythm of this method, their behavior has become largely self-motivated once the tasks are set. As a result of this shift to a more internal form of motivation, not only are they more focused, and more productive, I think the whole family is happier.

At some point, I’ll probably try having them make their own to-do lists for the day, but I don’t think we’re quite there yet. (The “tasks” they would set for themselves now would probably consist of things like “eat candy” and “make Daddy buy us stuff at the store.”) This idea might be worth attempting with older children and teens, though.

So if you’re having difficulty motivating your kids to do what you’d like, why not give to-do lists a try?

How about you? What do you do to motivate your children to carry out their expected tasks?

PrevPreviousYour Tips for Supporting the Minority Language of Older Bilingual Children and Teens
NextRecommended Resources: The Lively Virtual Community of “Education in Japan”Next