The Busy Parent’s Guide to Cloning Yourself 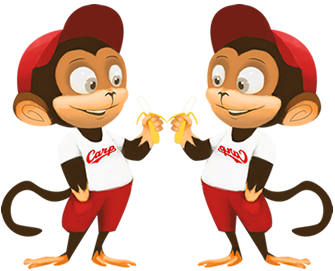 20 hours. That’s like another half-time job on top of the full-time job you might already be working. Busy as you are, how can you possibly increase the time you spend with your child to reach that important threshold of 20 hours a week?

Simple. You clone yourself.

From 2007 to 2010, I worked full-time for the Chugoku Shimbun, the Hiroshima-area newspaper. (In 2007, Lulu was 3 and Roy was still a baby.) Not long after I started working there, I read Raising a Bilingual Child and came across that yardstick of 20 hours a week. When I calculated the amount of time I was spending with them—which was essentially the amount of time they were being exposed to English, our minority language—I was alarmed to find that the total from breakfast, dinner, evenings, and weekends was barely reaching that minimum threshold. (On a good week.)

Because I knew how important it was to nurture their English ability between the ages of 0 to 6—the years these little brains are most primed to learn language—I was determined to somehow increase the amount of exposure I was providing, even if I couldn’t actually be there in person.

One night, after the kids were in bed, I gathered up a stack of their favorite picture books and closed the door of my little home office. Then I put my video camera on a tripod and made a video of myself talking to them and reading the books, just as I would if they were sitting right in front of me. I brought it to a finish by giving them (the camera) a big kiss with my big lips.

The next day I asked Keiko to play the video for them, which ran about 15 minutes. When I got home from work, Keiko told me that my antics had captivated them both—and, in fact, Lulu had been chatting back in English to the questions I posed from the screen and then approached the TV at the end and kissed the glass.

That night I created another short segment of “Daddy TV,” as I came to call it. And over the next couple of months, I made about a dozen more 15-minute segments of me talking, reading books, telling stories, singing songs, and making funny faces.

Each day while I was gone, Lulu and Roy watched two 15-minute segments of “Daddy TV.” And we maintained this routine for the next two years or so, until the children seemed to tire of “reruns.” (I had intended to record new segments, but never managed it after the first burst of videomaking.) At that point, though, I felt the idea had largely served its purpose: the children’s English development seemed strong and I was no longer quite as concerned.

The benefits add up

Full disclosure: I’m terrible at math. Assuming, though, that the children watched “Daddy TV” for about 30 minutes every weekday, that comes to 2½ hours a week, 10 hours a month, and 120 hours of additional English input a year. So my investment of a few hours up front to make the videos resulted in an increase, for Lulu and Roy, of roughly 240 hours of language exposure over the two years we made use of this strategy.

Is “Daddy TV” (or “Mommy TV”) equivalent to the parent being present in the room with the child? Of course not. But it’s probably as close as you can get to cloning yourself when you can’t actually be there. “Daddy TV” is far more personalized and interactive then a regular TV program, and because small children find the whole nature of the parent appearing to them in this way so engaging, even magical, their attention is highly focused on the language exposure. (It’s fun, too, to play a video while you’re there in the room. It freaks the children out when they see you and your clone together.

“Daddy TV” proved to be one of the most enjoyable, and I think, effective, strategies I used while the kids were small. And its use needn’t be limited to the early years—the idea is really only bounded by your imagination. Is your son having difficulty with 2nd grade math? Make a video of yourself showing multiplication flashcards like a jokey game show host, the child getting 10 points for each quick and correct response. (He’ll reap the benefits of math and his minority language at the same time.) Does your 6th-grade daughter need help with spelling? Make another “game show” video, quizzing her on a list of suitable words. (Not only will it improve her spelling, I bet she’ll find the fun approach refreshing.)

Hmm, maybe it’s time I set up my tripod again…

[stextbox id=”comments”]How about you? What do you think of “Daddy TV”? Is it worth a try in your own home? If you gave it a go, what did you do? How did it work out?[/stextbox]