ADAM’S NOTE: Among the many helpful guest posts at this blog, the articles written by trilingual speech-language pathologist Ana Paula Mumy should be considered must-reads. Her first guest post was Speech-Language Pathologist Tells All About Bilingualism, Speech, and Language Delays, and the second was Battling the Majority Language Giant (While Feeling Like a Minority Language Gnome). In this third guest post for Bilingual Monkeys, Ana Paula writes from personal experience about the widespread challenge of engaging children in the target language and sustaining steady progress. It’s another witty, insightful post and I’m grateful to Ana Paula for sharing her expertise and perspective so generously. 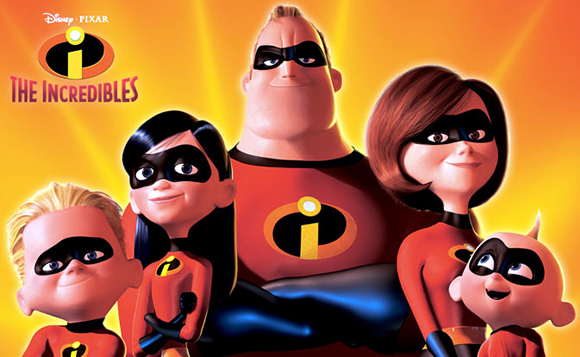 Ana Paula G. Mumy, MS, CCC-SLP, is a mother of two bilingual children, a trilingual speech-language pathologist (SLP), and a clinical assistant professor in the field of speech-language pathology. She has extensive experience working with individuals with communication disorders, particularly bilingual children. She has authored numerous articles as well as intervention materials and guides for diverse populations, and her specialized interests include articulation disorders, stuttering, language-literacy, and bilingualism. Many of her resources for SLPs, educators and parents can be found on her personal website The Speech Stop. 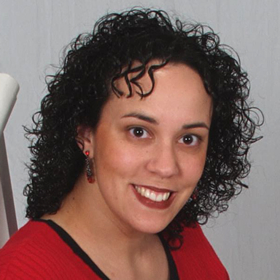 My favorite line in The Incredibles movie is when in the midst of complete chaos at the dinner table, which goes seemingly unnoticed by Mr. Incredible, his wife Helen (aka Elastigirl) finally pleads for his intervention and yells, “Bob! It’s time to engage!”

I have felt like Helen lately, wanting to plead with my children to engage in the minority language. Over the past 7 months, my children have undergone major life changes: moving to another state, mommy working full-time for the first time since they were born, and transitioning from homeschooling in Portuguese and English to schooling in English at a private school where they spend 7 hours a day, 5 days a week.

Needless to say, as the primary source of Portuguese in their lives, this stark reduction in teaching and interactions in Portuguese has caused them to disengage significantly despite my efforts to 1) continue reading instruction in Portuguese, 2) maintain daily reading routines in Portuguese, 3) speak Portuguese at home, in the car, when running errands, etc., and 4) maintain connections with any Brazilian cultural events or individuals in the area. I confess I have found myself discouraged in this season!

I recently participated in a workshop for early childhood/preschool educators, and the speaker did a brief demonstration about “pushing a string” that really registered with me as a bilingual mother of elementary-age children. She laid out two strings on a table. When she tried to push the first string to get it to move down the table, it just curled up and would not go where she wanted it to go. Conversely, when she pulled the second string across the table, it easily followed her where she wanted it to go. She likened this action to children, explaining that when teaching children, it’s often difficult and ineffective to push them to be interested in the learning processes we provide, but when we pull them along, we lead them toward our goals.

She also demonstrated how the key to “pulling” children is through a process called “Invitation to Play.” In the most practical sense, within a classroom environment, these invitations to play take the form of setting up visually-appealing play stations with meaningful toys, gadgets, and resources that children can freely manipulate, examine, and explore. When planned well, the result is that their interest and attention are captured by these open-ended invitations to play, and subsequently, the children are engaged and connected to the process.

So, returning to my children’s current season of disengagement with Portuguese. As I thought about these invitations to play, I began to consider how I could modify the way I’m presenting materials, activities, songs, stories, etc. in Portuguese, offering my children invitations to engage.

Let me share with you three actions I took in keeping with this “Invitation to Engage” theme.

In the move, some of our storybooks have remained in the abyss of moving boxes due to limited space. We’ve also read through most of the books we own that are appropriate for my children’s ages at this time. So the most recent thing I did was order new storybooks! This has allowed us to become more diligent with our daily morning reading of new adventures directly after breakfast before commuting to work and school. I’ve been amazed at how motivated my children have been, to the point where they’re keeping me accountable to read even when we’re running a bit late, and they don’t want me to stop reading when it’s time to leave! Most of the books I ordered have engaging pictures in addition to the interesting story plot, but for the couple of books that don’t, I’ve printed off and laminated pictures of the characters as well as other relevant pictures and information about the story so that they can better visualize and connect with it. These visual connectors have been very effective, especially because my children are still 8 and 6 years of age and need the visual reinforcement.

The other measure I took was to begin Saturday school with them, but I’ve enlisted a teacher other than myself! I contracted a friend who’s a phenomenal Portuguese teacher to provide them weekly lessons via a virtual classroom for just one hour. It’s been a learning experience for all of us, but I already notice the children more motivated to speak and engage in Portuguese just by introducing another Portuguese-speaking communication partner in their lives (who also gives them homework!). My friend takes a genuine interest in their lives and utilizes effective teaching strategies used in immersion classrooms.

The last “invitation to engage” I want to share is how we’ve taken advantage of our 45-minute school commute to play vocabulary games in the van. Either I or the children pick a category or descriptor (e.g. animals, food, people, body parts, shapes, words related to color, size, texture, composition, temperature, and so on), and we take turns naming in Portuguese five things that fit within that given category. We don’t play this game daily, but when we do, the children love the competition of who will come up with the best five! If they struggle to come up with words, I either give them hints to guess a word that would fit within the category, or if they’ve just forgotten the word in Portuguese, oftentimes they’re able to recall the word if I give them the beginning sound or syllable.

The battle for engagement

If you’re going through a difficult season of engagement in the minority language with your own incredible children, I encourage you to consider extending fresh “invitations to engage”!

Thankfully, Elastigirl is no longer fighting for engagement since she, and her family, have successfully conquered the enemy forces out to destroy them. As for me and my kids, I think I’m now winning this current battle for engagement and continuing language growth. It doesn’t take super powers, but it does demand some persistence and resourcefulness, day by day.

Speech-Language Pathologist Tells All About Bilingualism, Speech, and Language Delays

How about you? Are you providing your children with enough “invitations to engage” in the target language?