Recommended Resources: Great Music for Kids (and Parents, too!) 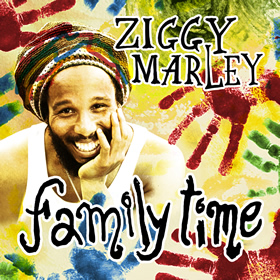 Just days after I posted How the Power of Music Nurtures Bilingual Ability—in which I proposed that regularly playing background music can have a beneficial impact on a child’s language development —I experienced clear proof of this with my own kids.

They were in our “play room,” the space with their toys and games—and our CD player—when I slipped past them to play another CD. This time I chose a Broadway musical called “Pippin,” which they had heard several times before. (I’m fond of musicals.

As I left them to play, busily constructing some new creation from Lego, I heard them singing softly along to the opening number from this musical, a song called “Magic To Do”—and I had never taught them one word of it.

We’ve got magic to do, just for you…

If English is your target language, read on to find suggestions for great music—music that might make a little magic when it comes to your children’s bilingual development.

As I mentioned in How the Power of Music Nurtures Bilingual Ability, I’m no expert when it comes to suitable music for kids—music that will delight children but won’t derange their parents. (That “Barney” CD I bought long ago may have aided the English acquisition of my kids, but the songs have haunted me to this day.)

Since this was an area I clearly needed to learn more about—and maybe my findings would be useful to others with a similar need—I spent the past couple of weeks exploring the happy land of children’s music. Admittedly, I’m still a novice traveler, but I did make some good discoveries, and have already added a few of them to our modest collection. Along with brief descriptions of the artists and their work, I also link directly to listening samples, whenever possible, so you can hear the music yourself.

Children’s music (often available in both CD and MP3 formats)

Raffi
Raffi is a Canadian singer-songwriter who has been popular with children and their parents for many years. (In 1992, the Washington Post called him “the most popular children’s singer in the English-speaking world.”) Raffi’s music is gentle and melodic, with simple arrangements. Sung in a warm, clear voice, his songs are especially good for babies and small children. (Raffi has been an important part of our own playlist.)
Overview : Raffi
Suggested CDs: The Singable Songs Collection ; Baby Beluga

Hap Palmer
Another good choice for babies and small children is the music of Hap Palmer, a longtime favorite in preschools. His homey melodies can be useful as background music, and are also, with their emphasis on early childhood skills (motor skills, language acquisition, etc.), well-suited to interaction between adult and child. (Personally, I find Raffi easier on the ears.)
Overview: Hap Palmer
Suggested CDs: So Big—Activity Songs for Little Ones ; Getting to Know Myself

Laurie Berkner
Laurie Berkner is an American musician who plays peppy, humorous songs for young children. (“Pig On Her Head” is a good example.) I wish I had known about her music earlier—as my kids are probably past the intended audience at this point—but for preschool children and their parents, a Laurie Berkner CD would make a winning addition to your collection.
Overview: Laurie Berkner
Suggested CDs: Best of the Laurie Berkner Band ; Buzz Buzz

The Wiggles
Dubbed “the world’s biggest preschool band,” the Wiggles are a worldwide phenomenon from Australia. Their bouncy, catchy music is great for toddlers and preschoolers, and fun for adults, too. (Lulu and Roy were rabid fans of the Wiggles a few years back.) They also have a number of lively DVDs.
Overview: The Wiggles
Suggested CDs: Hot Potatoes! (The Best of The Wiggles) ; Toot Toot

Greg & Steve
This pair has sold more than 4 million albums, making them the best-selling children’s music duo in the United States. Their energetic music is geared for children in preschool and early elementary school, and is especially suited to movement and dancing.
Overview: Greg & Steve
Suggested CDs: Kids in Motion ; We All Live Together (Volume 2)

John McCutcheon
John McCutcheon is a folk musician with many fine albums for adults, but has also made two terrific CDs for children. The songwriting and musicianship are very high, and the tone of his voice is warm and appealing. His album “Family Garden” is a regular in our rotation at home.
Overview: John McCutcheon
Suggested CDs: Family Garden ; Howjadoo

Bill Harley
A Grammy-winning entertainer and storyteller, Bill Harley has been called “the Mark Twain of contemporary children’s music.” His work is an engaging mix of music and storytelling, and great for both children and adults. We love Bill Harley!
Overview: Bill Harley
Suggested CDs: One More Time ; Play It Again (Favorite Songs)

Elizabeth Mitchell
Elizabeth Mitchell creates lovely, distinctive music: gentle and folksy, sung in a pure, airy voice. I wish I had known about her work earlier—her songs would be perfect as background music for babies and small children. Parents would no doubt enjoy listening to them, too.
Overview: Elizabeth Mitchell
Suggested CDs: You Are My Little Bird ; You Are My Sunshine

Dan Zanes
A member of the popular 1980s band The Del Fuegos, Dan Zanes has since made a series of joyful, award-winning albums of children’s music. The songs are bluesy, folksy, and feature the contributions of many other notable musicians. This is children’s music at its finest.
Overview: Dan Zanes
Suggested CDs: Catch That Train! ; House Party

Barenaked Ladies
Another alternative rock band, Barenaked Ladies has made a hit album for children (and their parents) called “Snacktime!” The song “Crazy ABCs,” which uses words like “A” for “Aisle” and “C” for “Czar,” is a good example of the funny, offbeat tunes, covering a range of musical styles.
Overview: Barenaked Ladies
Suggested CD: Snacktime!

Along with children’s music, pop music from Disney shows has long been a favorite of my kids—and I must admit, I’ve found it pretty catchy, too. Here are some suggestions:
Hannah Montana
Miley Cyrus
High School Musical
Lemonade Mouth
Shake It Up
ANT Farm
Austin & Ally

Finally, as I mentioned earlier, musicals have been another genre in our collection of CDs. (In a former life, I directed musicals with kids.) Here are a few worth considering:
Peter Pan
Annie
The Lion King
Seussical
Wicked
West Side Story
Pippin (You can hear that song “Magic To Do”!)

[stextbox id=”comments”] How about you? What music do you and your children enjoy listening to? Add a suggestion below![/stextbox]