Forget Fluency! Instead, Make This Your Goal When Raising Bilingual Kids. 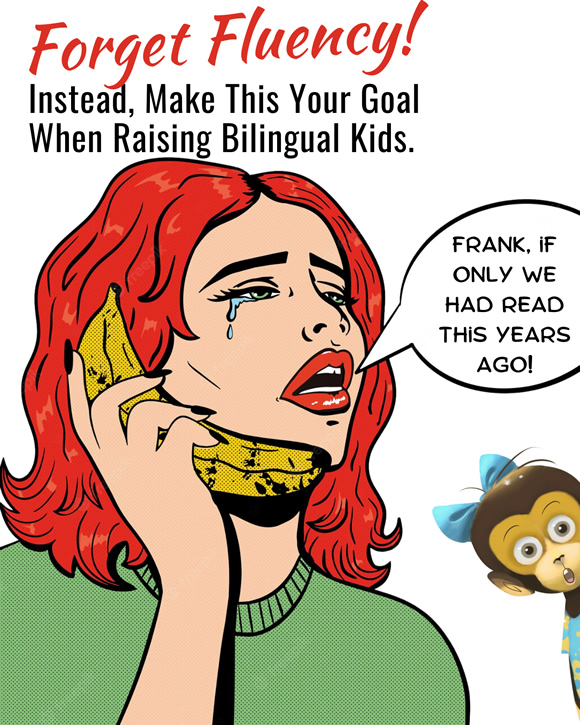 This year my daughter, now 18, has taken two English proficiency tests. (English is her minority language; Japanese is her majority language.)

The first was the highest level of the EIKEN seven-level test, which is widely used in Japan and is essentially a pass-or-fail sort of exam.

And the second test, because she’s now applying to university programs in Japan that emphasize English, was the TOEFL, which provides a proficiency score up to 120 points.

If you met Lulu, and heard her American-accented English, your first impression might be that her English is no different, really, from high school students in the U.S., like her cousin there, who’s also 18.

However, the results of these proficiency tests have made clear—confirming my own sense of her progress to date—that despite her overall “fluency” in English, there are still certain shortcomings in her ability. Yet given the fact that she’s been attending Japanese schools from the age of 3—thus, her experience of academic English is far more limited than, say, her cousin growing up in the American school system—these shortcomings seem only natural.

In other words, scratch below the surface of “fluency” and we invariably find considerable nuance.

What the test results show

While Lulu passed Grade 1 of the EIKEN test, her total score wasn’t that much higher than the cut-off line for a passing result. And her first attempt at the TOEFL test yielded a result of 87 points, which is fairly good, but not great. (The average TOEFL minimum requirement for U.S. universities is apparently 78, though, of course, a minimum of 100 or more is often required at top-level schools.)

For both tests, what prevented her from gaining an even stronger score (apart from preparing more for the tests with practice materials, which would also be helpful) was her relative lack of academic vocabulary and academic reading skills. 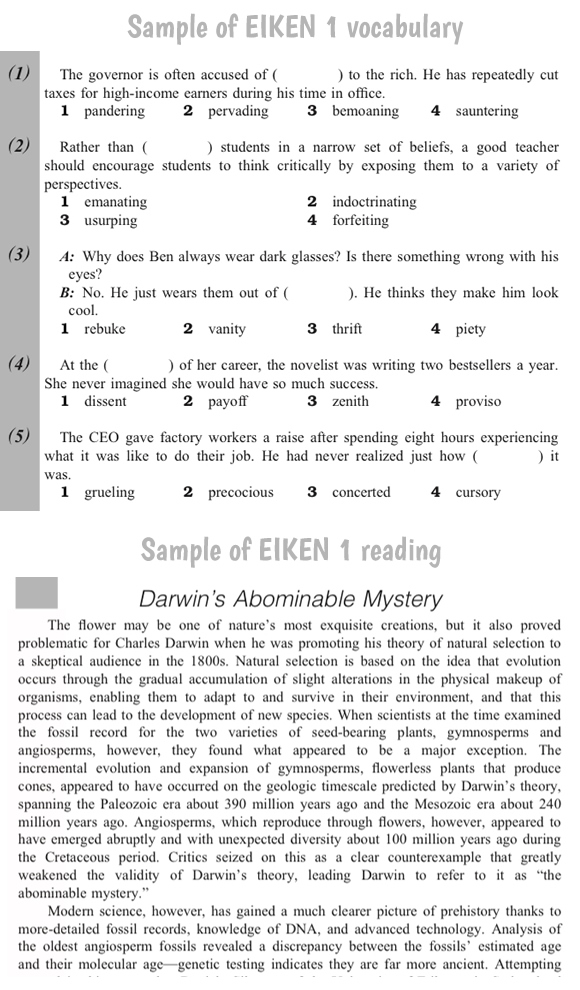 Still, like I said, considering the circumstances of her upbringing, this isn’t surprising. I mean, even though I did whatever I realistically could to advance her English ability over the past 18 years, the fact that she has only lived in Japan and has only attended Japanese schools means that it’s basically inevitable that there would be shortcomings like this in her current proficiency: the breadth of her advanced vocabulary is still fairly limited (including her understanding of idiomatic expressions) and she sometimes struggles to comprehend more sophisticated reading passages.

(By comparison, her 15-year-old brother will likely score higher on both of these tests, when he takes them at 17 or 18, because he has been more of a bookworm during his childhood and thus his vocabulary and reading ability have already reached Lulu’s level.)

What does “fluency” really mean?

All along, my basic goal has been to support their English side, as proactively as I can, until they turn 18 and go off to college. Their life and language development will then be largely in their own hands.

With Lulu now on the verge of entering college next April, the end of my bilingual journey with her—then soon after with Roy—is now coming sharply into view.

The other day I spoke with a parent at the very beginning of her bilingual journey with a new baby and she told me that her goal was “fluency” in the minority language. (I offer free online consulting, if you’re interested in speaking with me, too.)

I understand, of course, why parents use the word “fluency” when describing their aspirations for their children. Generally speaking, we all want our children to be as “fluent” as possible.

To my mind, though, the idea of “fluency” is too abstract, too ambiguous; even worse, it often signifies some sort of idealized or perfect mastery of a language. The reality is, as I suggested earlier with Lulu, there is always an array of nuance in actual language proficiency, with areas of “weakness” that will continue to grow stronger with more experience and effort. The goal of “fluency”—as if there’s an end point to this process—can be a kind of trap, setting up unrealistic expectations for the child’s language ability.

The continuum of language development

In other words, I think language acquisition is better viewed as a continuum from absolute zero at one end (no ability at all in that language) to endless advancement as this continuum stretches on forever since no one can possibly be “fully fluent” in any language. After all, even at the highest levels of proficiency in our native languages, there will always be words or expressions that we’re unfamiliar with. For instance, I read The New York Times every day and it’s not at all unusual for me to come across a word I don’t yet know, especially technical terms from various fields.

According to this interesting article at Lingholic, the largest dictionary in English—the Second Edition of the 20-volume Oxford English Dictionary—contains 171,476 words in current use, as well as 47,156 obsolete words. But the average English-speaking adult has a passive understanding of “only” about 40,000 words and an active vocabulary of around 20,000 words. So it’s not hard to see why I’ll still be coming across unfamiliar words for the rest of my life!

This is why I advise parents to disregard the goal of “fluency,” which isn’t really that meaningful or useful, and, instead, make their aim simply this:

Just give this adventure your best efforts, day by day, and travel with your kids as far as you realistically can advance along this endless continuum of language development over the 18 years of childhood. Do that, “merely” that, and you will go a long, rewarding way together on your bilingual or multilingual journey. And then, by the time your kids head off into the world as young adults, they’ll be ready to continue this ongoing journey on their own, wherever it may take them.

How about you? What are your thoughts on “fluency” and the goal of raising bilingual or multilingual kids?