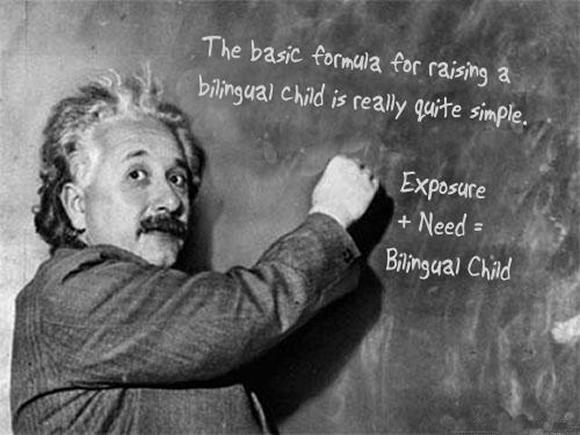 Over the past 20 years, I’ve worked with hundreds of bilingual and multilingual kids as a teacher and a parent. Although I love all the children I’ve taught, first at Hiroshima International School and now as a private tutor, I’ve had a special fondness for teaching a certain type of child: children who had no English ability when they first entered this school, where English is the language of instruction.

Many of these children have been Japanese or Korean; others have been from a range of countries like Brazil, Germany, and Estonia. Different children, different backgrounds, and yet they’ve all faced, and successfully overcome, the exact same challenge: becoming bilingual in English.

Working with such children isn’t always easy—early on, this lack of language ability can be very frustrating for them. But my experiences as their teacher, witnessing the swift progress they make from week to week, and the joy that accompanies their growing ability to communicate with others in the new language, have been profoundly rewarding.

For the past six months I’ve been tutoring a 10-year-old girl I’ll call Anna. When I first started working with Anna, she had just entered Hiroshima International School and spoke no English at all. For the first several months, it’s true, she seemed to struggle with feelings of frustration, even defeat, but I knew it was only a matter of time before her language ability started to bloom. And the other day in our lesson, much to my delight, she began chirping away in English more freely and happily than she ever had before.

Of course, I can hardly take credit for this transformation. Compared to the long days she spends at school, our weekly hour together is brief. And, of course, her English level is still relatively low and she won’t really be fluent until a bit farther in the future. Nevertheless, she’s now rapidly becoming bilingual.

The question is: Why was I so sure this breakthrough would occur?

True, I’ve experienced the same sort of blooming language ability with other children in these circumstances, so, based on those past outcomes, I suppose it’s only natural that I would expect a similar result. But there’s more to it, and this is the important point I want to make, a central principle that every parent raising a bilingual child would be wise to keep firmly in mind.

The basic formula for success

The reason I knew that Anna would most certainly become bilingual before long—despite the difficulties she’s also endured—is due to the fact that she attends school in the minority language, day in and day out, and this environment strongly satisfies the two essential “core conditions” for promoting language development and active use: Anna is receiving ample *exposure* to the target language on a regular basis and she feels a genuine *need* to communicate with others in this language.

You see, that’s the basic formula for fostering bilingualism: EXPOSURE + NEED = BILINGUAL CHILD. When these two core conditions are adequately fulfilled, the result is assured: progress in the target language and bilingual success.

For most of us, though, having our children attend school in the minority language simply isn’t an option. And without all the exposure and need that such schooling would provide, we’re faced with the daunting task of creating that exposure and need largely on our own. Having done this for the past 12 years, as a parent, I know how challenging it can be. But I also know that it’s still possible to effectively satisfy these two conditions, and achieve the bilingual aim we desire, while experiencing joy along the way. Yes, this demands a mindful and proactive commitment, with persistent efforts made daily, but if raising a bilingual child is important to you—truly important to you—then you’ll do what’s necessary to address these conditions of exposure and need and persevere beyond the obstacles on your path.

And remember, you’re not alone. To help propel you toward a successful outcome, and encourage you when times get tough, I’ve created this blog, which contains hundreds of articles on the subject, as well as The Bilingual Zoo forum, a lively worldwide community of parents pursuing the same multilingual goal for their family. I also wrote a big book titled Maximize Your Child’s Bilingual Ability: Ideas and inspiration for even greater success and joy raising bilingual kids, a widely-praised guide which brings together the best of my practical experience as a teacher and a parent.

By taking full advantage of this support, as you persist in your playful, resourceful efforts over the days and years ahead, I know your children, too, will become actively and happily bilingual.

[stextbox id=”comments”]How about you? Are you adequately addressing the two core conditions of exposure and need in your efforts to raise a bilingual child?[/stextbox]

PrevPreviousGuest Post: How to Make the Most of Reading Aloud to Your Kids in Two or More Languages
NextGuest Post: Engaging Your Incredible Bilingual Child in the Minority LanguageNext