ADAM’S NOTE: In considering a language strategy for your family’s bilingual journey, the highest aim for this important decision is choosing an approach that will be most effectively geared to your particular circumstances and goals. And in some cases—as in Bea Sieradzka’s family—that choice involves consciously modifying traditional methods. Read Bea’s thoughtful guest post for an encouraging look at how one parent made a proactive decision that has paid off in strong bilingual success. Thank you, Bea! 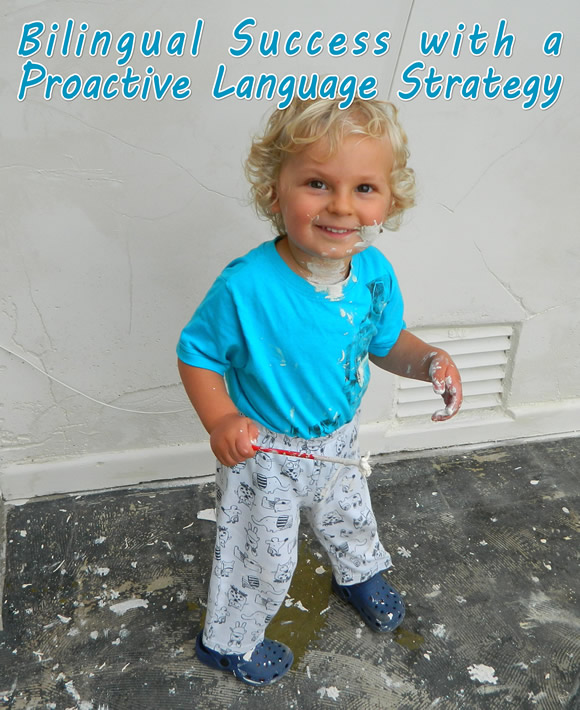 Bea Sieradzka is a Polish mother living in the United Kingdom and raising a bilingual and biliterate son, now almost 7 years old. Based on research studies in bilingualism and her own background in linguistics, she introduced two languages from the time he was born: her native Polish and her second language, English. She is now supporting him in learning a third language, Chinese.

At her blog, Born Bilingual, Bea shares information and ideas to help immigrant families succeed at nurturing their children’s bilingualism: introducing the community language from birth, along with their heritage language, and fostering good ability in both languages. 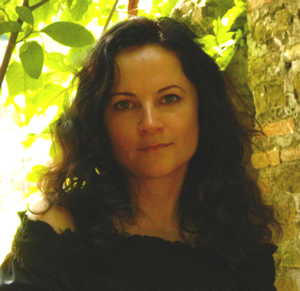 Even before my son was born, now seven years ago, I knew that one day he would be bilingual. Born in the United Kingdom to Polish parents, he had the opportunity to learn two languages at the same time. The question we asked ourselves, though—like so many other parents who have immigrated to the U.K. and speak English as a second language—was how to actually manage the process of his bilingual acquisition.

The downside to a common method

The conventional wisdom in this sort of situation is to speak to your child in your mother tongue, and allow them to learn the majority language out in the community. This is a common strategy known as the “minority language at home” approach. It sounds, at first, like the perfect solution.

The problem with this approach is that simultaneous bilingual acquisition only works if your child is regularly exposed to both languages for a sufficient amount of time. Research that includes The relation of input factors to lexical learning by bilingual infants (Barbara Zurer Pearson), The relationship between bilingual exposure and vocabulary development (Elin Thordadottir), and A Short Guide to Raising Children Bilingually (Fred Genessee) indicates that children need to be exposed to each language for a minimum of 20-30% of their waking hours, and ideally even more than that.

This problem affects many families in the U.K. where both parents speak a minority language at home. And that may be why so many children here start school knowing little or no English at all. In the nation’s public primary schools in 2016, about 20% of the boys and girls between the age of 5 and 11—nearly a million children—were reported to have a home language other than English.

There are no clear statistics on how many of these children speak little or no English when starting school, but the numbers are high enough to pose a challenge for teachers. The recent findings of The Casey Review, a government-led initiative, confirm that speakers of English as an Additional Language still perform “less well than average across all Key Stages.” Which, of course, makes sense since it isn’t really possible to perform well in school without being able to speak the language. While a child can begin to communicate in a second language relatively quickly, it takes time to develop academic language proficiency at the same level as a native-speaking child. In fact, the Canadian Professor Jim Cummins estimates that this academic language proficiency can take about 5-7 years to acquire.

My idea was to speak the two languages at different times each week, depending on our family’s schedule. I felt it was the only way I could ensure that my son would receive adequate exposure to both languages in order to acquire them both simultaneously and be well prepared for school. I was amazed, frankly, at how quickly my son adjusted to this use of the two languages. Since he couldn’t read a clock or calendar, he would simply react based on the language he heard and respond accordingly.

With so many multilingual families in the world, it’s not surprising that parents are seeking ways to adapt their approaches to meet their family’s particular needs and circumstances. In our case, I was heartened by the research of Professor Annick De Houwer, in which she studied over 2000 families for rates of bilingual success. In this research, published as Parental language input patterns and children’s bilingual use, she found that the highest rates of success were achieved by two family situations: when both parents spoke the minority language at home and the majority language was acquired from the community, the success rate was 97%; and when one parent spoke both the minority and the majority languages while the other parent spoke only the minority language (like my family), the success rate was 93%. I felt, then, that this difference of 4% was well worth risking if, in return, my son could gain the chance to acquire Polish and English at the same time and begin his schooling with English ability at the level of his British peers.

My family’s experience of this strategy

My own ability in English was strong enough for me to introduce this language to a baby or toddler, but I was also concerned about passing on unnatural usage. English is my second language, and I still have weaknesses, and back then it was much worse! (The fact that I began communicating to my son in English for a number of hours each day, over the course of several years, did a lot to improve my own ability.)

With this in mind, I set a time frame for introducing English to him. The language used with small children is pretty basic for the first three years of their lives, and then, roughly around their third birthday, grows more complex, with longer sentences. It’s at this time that the parent needs stronger language skills to keep up!

For this reason, shortly after my son turned 3, I stopped speaking to him in English, and after I enrolled him in an English-speaking preschool, I switched to using only Polish with him. Looking back, I feel that this was an effective method for us to both foster our native language and yet nurture his early foundation in the majority language, too.

Today my son is almost 7 and he speaks, reads, and writes in both Polish and English. Recently, he began to learn Chinese (Mandarin), too, because, he says, “I love to learn languages.” He’s still young, and I know we still have a long way to go on our bilingual journey, but watching him do well in school—communicating with his friends and his teachers, and learning right alongside his classmates—I’m happy we made the choice to pursue his bilingual development in this way.

[stextbox id=”comments”]How about you? Is your language strategy effectively geared to your circumstances and your goals?[/stextbox]

PrevPreviousMy Daughter and I Hit a Big Milestone on Our Bilingual Journey Together
NextBilingual Kids and Grandparents: Make the Most of This OpportunityNext