BILINGUAL Contest: Win a Tasty Treat from Japan! (Up to 5 winners!) 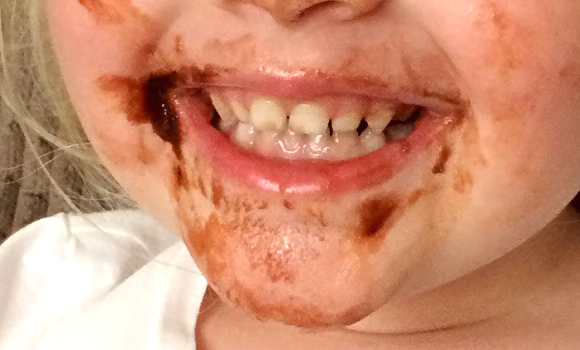 In Recommended Resources: Word Games in the Minority Language, I share a big list of games on the market that can be fun and useful for promoting language development (some available in multiple languages, too).

One of my favorite word games, however, costs nothing at all: you just need a paper and pencil. And the game is so simple and flexible, but also so productive for stretching the target language, that I turn to it regularly with my students and my own kids.

Let’s call it “Hidden Words,” and though I’ll describe the English version of the game, it could likely be played in many other languages in a similar fashion.

For children who are a bit older, and have some literacy, choose a longer word or expression and write it in big block letters at the top of a blank sheet of paper. I often link the game with holidays so let’s use the example of MERRY CHRISTMAS.

Working together with the child to make one list, or playing the game as a “contest” where you and your child are each making a separate list, the simple objective is to make a list of smaller words from the letters found in the “main phrase” MERRY CHRISTMAS. (Yes, the letters can be reused again and again, but you can’t use a letter more times in one word than it appears in the main phrase. For instance, “T” only appears once in “MERRY CHRISTMAS” so you can’t use “T” twice, as in “tasty.”)

Here are some “hidden words” found in MERRY CHRISTMAS…

You get the idea. If we stuck with it, we would find dozens of words.

Further suggestions for this game

Want us to send you and your kids a tasty Japanese treat? Just give “Hidden Words” a try! (There can be 5 winners!)

Sorry! The 5 winners have been decided, so the contest is now closed. Scroll down to find a list of “hidden words” from BILINGUAL.

How many words can you find hidden within it?

2. To win the tasty treat, you must find at least 25 words, each word at least 2 letters long. I found over 30 so there are definitely 25 “ordinary words” (no proper nouns, please) hiding in there!

3. The first 5 people to make a list with at least 25 acceptable words (judged by me in my white powdered wig) and submit your list by email will be the winners! I’ll then get your address to send you your edible prize!

4. After we have 5 winners (or after the deadline of January 5, 2016, whichever comes first), I’ll add a list of “hidden words” from BILINGUAL to this post.

Here are some “hidden words” found in BILINGUAL…