ADAM’S NOTE: In this insightful guest post, Marisa Martínez Mira offers a broader perspective on the bilingual journey, based on her own personal and professional experience. To my mind, this sort of broader perspective is so important for keeping up our commitment and our efforts through early childhood, as these are years that can be very challenging for our bilingual or multilingual aim. Thank you for this encouraging reminder, Marisa! (Marisa is also generous with her wise advice at The Bilingual Zoo, the world’s warmest, liveliest forum for parents on a bilingual or multilingual journey.) 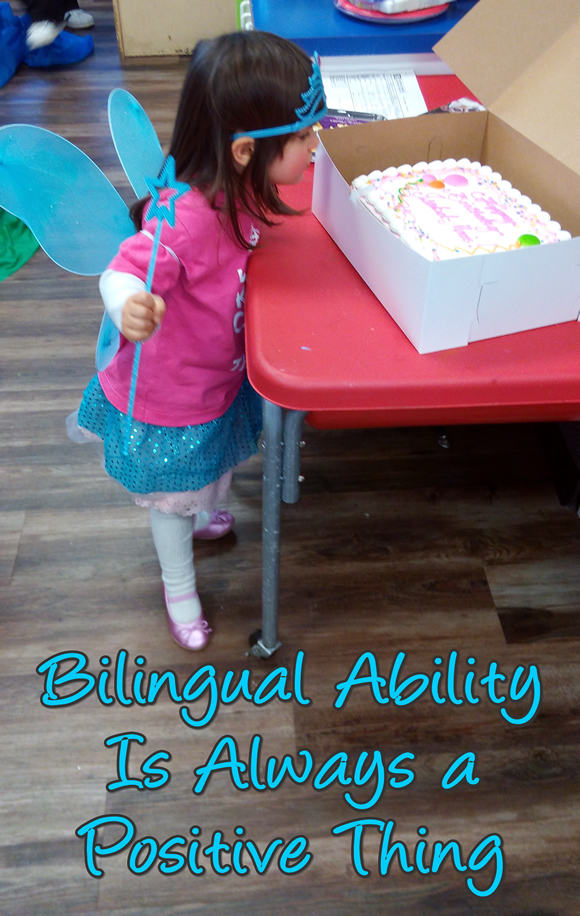 Marisa Martínez Mira is originally from Spain and now lives in the United States with her three-year-old daughter. When Marisa first arrived in the U.S., back in 1996, her goal was to teach Spanish to college students for a year…and she’s still doing that today. While working as a Spanish professor at a university in Virginia, Marisa is also raising her daughter with a multilingual aim: English is the majority language and the minority languages are Spanish, German, and French. 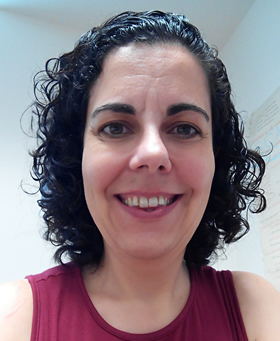 Like all of you, I’m doing the best I can to ensure that my daughter (the little fairy above) grows to enjoy the benefits of speaking more than one language, and hopefully she’ll do the same with her own children in the future. At the moment she’s three years old and is a lovely, funny little girl and (at least so far) seems very interested in languages.

My own interest in bilingualism/multilingualism is both personal and professional. I did my MA and Ph.D. in the United States and I specialize in sociolinguistics. For my Ph.D. dissertation, I studied the use of a particular grammatical feature in the Spanish of different generations of heritage speakers, i.e. speakers who, in G. Valdés’s definition (2000a, 2000b), “are raised in a home where a non-English language is spoken, who speak or at least understand the language, and who are to some degree bilingual in that language and in English.” (In my case, those speakers were of Mexican heritage.)

Research has been quite consistent on the following: starting with the second generation of heritage speakers, the majority language becomes the dominant language, to the extent that by the third or fourth generation, these heritage speakers are virtually monolingual. My data corroborated this assumption, although I also discovered that even the heritage speakers with the lowest Spanish proficiency showed better knowledge and understanding of Spanish than those who began to study it later in life because the former had been exposed to Spanish, even if in a limited environment, from an earlier age. This means that, yes, everything we’re doing as parents to promote bilingualism/multilingualism in our little ones will prove to have a positive outcome!

Some proficiency is better than none

In my classes of college students, I’ve had Spanish heritage speakers whose speaking ability was pretty good, but their writing skills were not as well developed; students with limited knowledge of Spanish in any skill area; students who had been enrolled in bilingual programs as they were growing up, and others who never were; students who grew up speaking exclusively Spanish at home, and others whose parents spoke to them in both English and Spanish; students who are proud of the fact that they know two languages, and others who don’t feel that Spanish is needed to connect them to their Hispanic heritage…so I get to hear about all sorts of situations, experiences, and stories. Some of these accounts are encouraging and uplifting, while other outcomes are less successful.

Because I’m interested in teaching/learning issues related to this particular population, and also in such topics as linguistic and ethnic identity, language discrimination, and language policy, it is, in fact, heartbreaking to see what the current political climate in the U.S. is doing to the learning of second/heritage languages, or read articles like the one Samuel Huntington wrote in 2004 (“The Hispanic Challenge”) with sentences like “The persistent inflow of Hispanic immigrants threatens to divide the United States into two peoples, two cultures, and two languages. Unlike past immigrant groups, Mexicans and other Latinos have not assimilated into mainstream U.S. culture, forming instead their own political and linguistic enclaves, from Los Angeles to Miami, and rejecting the Anglo-Protestant values that built the American dream” or, even more painful, “There is no Americano dream. There is only the American dream created by an Anglo-Protestant society. Mexican Americans will share in that dream and in that society only if they dream in English.”

If speaking more than one language, and enjoying the benefits of one’s own culture is seen as a threat, it’s no wonder why some Hispanics have decided to raise their children to speak only English, why access to bilingual education is limited and questioned in some places, and worst of all, why it is not always seen as something positive. If that’s not enough, most of these heritage speakers feel that their Spanish isn’t “good enough,” i.e. it’s different from the standard variety of Spanish, and some are even ridiculed for code-switching or using hybrid/contact varieties such as “Spanglish.” I try to address all these issues in my language and content classes, doing my very best to dispel wrong myths and assumptions about bilingualism and growing up with two or more languages, and overall, emphasizing and advocating for multilingualism in all its beautiful forms and levels of proficiency. As I tell my students (of Hispanic origin or not), some proficiency in a second/third language is better than none, and this ability is always a positive thing to have.

All the efforts are worth it

So…how does all this relate to my own experience as a mother raising a multilingual child? It has made me extremely aware of what is “out there,” so to speak, and what outcomes are possible when I hear about these students’ experiences. I get to know how they’ve learned their heritage language, and what they value or regret in their bilingual journey. (Spoiler: Most of them wish they had had more exposure to Spanish!) My work, then, has definitely helped me think about my own bilingual journey, reflect on the “pros” and “cons” of using this or that approach, and together with what I’ve learned from Adam’s book and other people’s experiences, I’m doing the best I can to offer my daughter the gift of multilingualism. Most of all, learning from these experiences has made me value the importance of being proactive, planning ahead, setting realistic teaching/learning goals for my daughter, and evaluating, to the best of my ability, the most effective means to accomplish them. It’s challenging, and sometimes it does feel like a daunting task. There have been moments when I’ve questioned myself and wondered whether I’m doing the right thing or not…but let me tell you, when I hear my daughter use Spanish, German, or even some French, it’s so rewarding and makes me feel that all the efforts are worth it.

Kudos to you all for making these efforts to foster bilingual or multilingual ability in your kids! This ability is a great gift that they’ll certainly come to appreciate in the future!

How about you? How will bilingual or multilingual ability be a positive force in your child’s life?

Browse all the wise guest posts at Bilingual Monkeys.

PrevPreviousGuest Post: My Son and I Create a Storytelling Podcast That Advances His Bilingual Ability in a Really Fun Way
NextGuest Post: Raising Bilingual Kids in Challenging Conditions Can Ignite a Parent’s CreativityNext