See this box? It’s for you!

That’s right! And inside is something really special—it’s something you’ve always wanted! Oh, I just know you’re going to love it!

To find out what’s in the box (as well as that sneaky way to get bilingual children using the minority language), just keep reading…

If you’ve been following this blog, you know that my 9-year-old daughter is a spirited little girl, and likes to be on the go. Early in this summer vacation, though, that caused us some grief because each morning the first thing out of Lulu’s mouth was: “Are we going somewhere today?” And whenever we told her we had no special plans, and would be staying here at home, she often made a terrible fuss.

Finally, I figured the best way to tame this behavior would be to make a calendar for the rest of the summer break, noting our daily activities so she would know what to expect and could have things to look forward to help pass those slower days at home. (This calendar has been very effective, by the way.)

Well, when my wife and I were creating the calendar, and I realized that there was a week with few plans at all, I thought it would be wise to add something, some kind of family outing. At the time, though, I didn’t have a destination in mind and so I just wrote “Mystery Trip.”

Our “Mystery Trip” was this past Tuesday, to a spot by the sea where children can splash about in a small pool and prance around on a playground. The actual place, though, isn’t important here—what I want to tell you is how my children reacted to seeing “Mystery Trip” on the calendar in the two weeks prior to this outing.

They just wouldn’t stop talking about it.

The questions, and guesses, were constant, day after day. And the funny thing is, it really was a “mystery trip” to me and my wife, too, because we couldn’t seem to come up with a halfway-decent idea until the night before!

To get your kids eagerly using the minority language, try making “mystery” a conscious tactic in your efforts. The fact is, mystery kindles curiosity, and curiosity generates engagement—in this case, engagement in the target language. (And if your children are generally reluctant to use the minority language with you, just set the ground rule that you’ll only talk about your “mystery trip”—or whatever other “mystery” you devise—when they speak to you in that language.)

Want another sneaky example of sparking use of the target language with “mystery”? (Or are you anxious to open your package and find out what’s inside?)

When I was an English teacher at Hiroshima International School, I found a fancy green box with a velvet interior and I christened it “The Magic Box.” Then every day, before each class, I would hide something in it. This activity quickly caught on with my students and they would rush into my room and pepper me with questions and guesses in English, their second language, as I offered hints. Finally, after taking full advantage of this exchange to elicit language from them, I would open “The Magic Box” and produce the secret object.

I now continue to make strategic use of boxes, bags, envelopes, and other sorts of empty containers with my own kids at home. Just adding a “mystery item” inside can stoke curiosity and prompt interaction in English, our minority language. (But one word of caution: If the “mystery trip” or “mystery item” turns out to be a disappointment after you build it up into something really big—like, if our trip on Tuesday had been to the local grocery store instead—you’ll probably hear some howls of frustration from your kids!)

Try this at home!

Get a box or bag and put something in it. Then go to your children and say, “There’s something cool/funny/scary/etc. in here. Do you want to see what it is?” That simple stimulus will likely set them on fire with curiosity, and you can then fan the flames by continuing your interaction in the target language. (And when you want to pour gasoline on that curiosity, before you finally produce the item, just do this: Act like you’re about to reveal the contents, but then change your mind, saying something like, “No, sorry. I can’t show you. I’ll show you when you’re a grown-up.” I bet they’ll start shrieking in excitement!

With a little creativity, I think you’ll find that this idea of implementing “mystery” in your efforts can be a fun and useful tactic. Sometimes it pays to be sneaky! 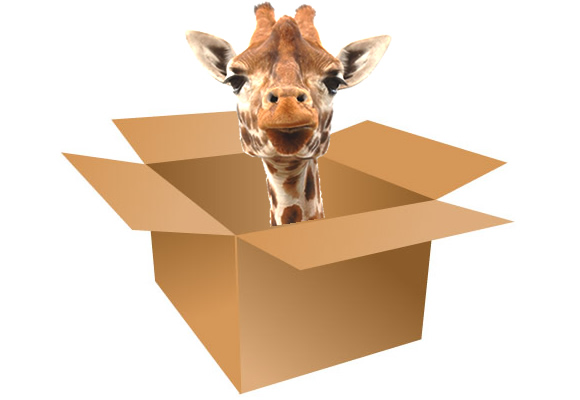 Want to see another wild creature? Check out The Time I Got Bitten By a Lion.

How about you? What ways do you make use of “mystery” in your efforts at home?

PrevPrevious2 Key Reasons to Keep an Archive of Your Children’s Work
NextBilingual Kids and the Animal Kingdom: A List of LinksNext