51 Great Quotes on Language for Language Lovers, Teachers, and Learners 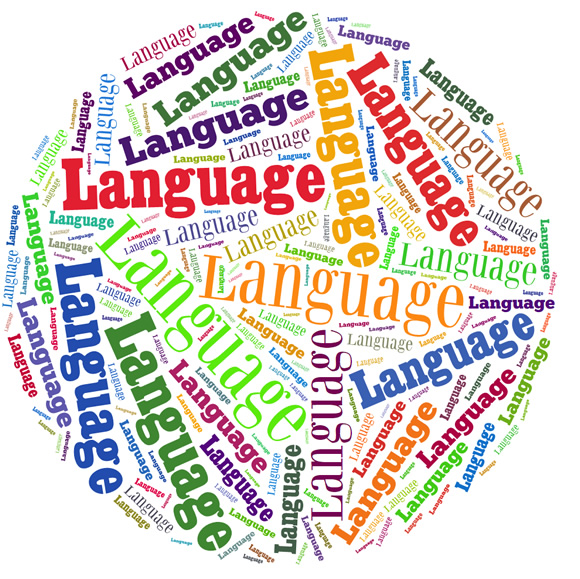 For all language lovers, teachers, and learners, enjoy this big list of quotes on the marvelous phenomenon of human language!

2. A special kind of beauty exists which is born in language, of language, and for language. —Gaston Bachelard

3. A different language is a different vision of life. —Federico Fellini

4. No two languages are ever sufficiently similar to be considered as representing the same social reality. —Edward Sapir

5. Language shapes the way we think, and determines what we can think about. —Benjamin Whorf

6. If we spoke a different language, we would perceive a somewhat different world. —Ludwig Wittgenstein

7. The more languages you know, the more human you are. —Tomáš Garrigue Masaryk

9. You can never understand one language until you understand at least two. —Geoffrey Willans

10. One language sets you in a corridor for life. Two languages open every door along the way. —Frank Smith

11. To have another language is to possess a second soul. —Charlemagne

12. As a hawk flieth not high with one wing, even so a man reacheth not to excellence with one tongue. —Roger Ascham

14. Obviously no language is innate. Take any kid from any race, bring them up in any culture and they will learn the language equally quickly. So no particular language is in the genes. But what might be in the genes is the ability to acquire language. —Steven Pinker

15. I personally believe we developed language because of our deep inner need to complain. —Jane Wagner

16. It is literally the case that learning languages makes you smarter. The neural networks in the brain strengthen as a result of language learning. —Michael Gove

17. I have been a believer in the magic of language since, at a very early age, I discovered that some words got me into trouble and others got me out. —Katherine Dunn

18. For me, words are a form of action, capable of influencing change. —Ingrid Bengis

19. Words signify man’s refusal to accept the world as it is. —Walter Kaufmann

21. The individual’s whole experience is built upon the plan of his language. —Henri Delacroix

22. Every individual is at once the beneficiary and the victim of the linguistic tradition into which he has been born—the beneficiary in as much as language gives access to the accumulated records of other people’s experience, the victim in so far as it confirms him in the belief that reduced awareness is the only awareness and as it bedevils his sense of reality, so that he is all too apt to take his concepts for data, his words for actual things. —Aldous Huxley

23. Language is the road map of a culture. It tells you where its people come from and where they are going. —Rita Mae Brown

24. There is no such thing as an ugly language. Today I hear every language as if it were the only one, and when I hear of one that is dying, it overwhelms me as though it were the death of the earth. —Elias Canetti

25. To rescue from oblivion even a fragment of a language which men have used and which is in danger of being lost—that is to say, one of the elements, whether good or bad, which have shaped and complicated civilization—is to extend the scope of social observation and to serve civilization. —Victor Hugo

26. Language is the means of getting an idea from my brain into yours without surgery. —Mark Amidon

29. The secret of language is the secret of sympathy and its full charm is possible only to the gentle. —John Ruskin

30. Language can only deal meaningfully with a special, restricted segment of reality. The rest, and it is presumably the much larger part, is silence. —George Steiner

31. Human speech is like a cracked cauldron on which we bang out tunes that make bears dance, when what we want is to move the stars to pity. —Gustave Flaubert

32. The living language is like a cowpath: it is the creation of the cows themselves, who, having created it, follow it or depart from it according to their whims or their needs. From daily use, the path undergoes change. A cow is under no obligation to stay. —E. B. White

33. Thought is the blossom; language the bud; action the fruit behind it. —Ralph Waldo Emerson

34. Language is the dress of thought. —Samuel Johnson

35. Be careful of your thoughts; they may become words at any moment. —Ira Gassen

36. I have noticed that nothing I have never said ever did me any harm. —Calvin Coolidge

37. Drawing on my fine command of language, I said nothing. —Robert Charles Benchley

38. Among my most prized possessions are words that I have never spoken. —Orson Rega Card

39. Everything becomes a little different as soon as it is spoken out loud. —Hermann Hesse

40. The language of truth is unadorned and always simple. —Marcellinus Ammianus

41. Two monologues do not make a dialogue. —Jeff Daly

42. We have two ears and one mouth so that we can listen twice as much as we speak. —Epictetus

43. It’s not what you tell them…it’s what they hear. —Red Auerbach

44. If you want to tell the untold stories, if you want to give voice to the voiceless, you’ve got to find a language. Which goes for film as well as prose, for documentary as well as autobiography. Use the wrong language, and you’re dumb and blind. —Salman Rushdie

45. Writing is a struggle against silence. —Carlos Fuentes

46. I was reading the dictionary. I thought it was a poem about everything. —Steven Wright

47. Own only what you can always carry with you: know languages, know countries, know people. Let your memory be your travel bag. —Aleksandr Solzhenitsyn

48. Language is the blood of the soul into which thoughts run and out of which they grow. —Oliver Wendell Holmes

49. Everything can change, but not the language that we carry inside us, like a world more exclusive and final than one’s mother’s womb. —Italo Calvino

50. The eyes have one language everywhere. —George Herbert

51. There are hundreds of languages in the world, but a smile speaks them all. —Anonymous

43 Great Quotes on the Power and Importance of Reading

[stextbox id=”comments”]How about you? What other quotes on language do you like? Feel free to add them below![/stextbox]

PrevPreviousParents of Bilingual Kids, Take Time to Relax and Recharge Your Energy!
NextBigger and Better Than Ever: My Best Tips for Raising Bilingual KidsNext